The 2020 Game Awards are no more, but in their wake they have once again left an impact on the gaming world that goes far beyond mere awards. For sure, this is about awarding the “best” in the industry: the best games, the best e-Sports teams, the best developers and publishers. But what we all really tune in to see are those great moments — not just accolades but also the flurry of big announcements, cool reveals, and even a few surprises. So come along with us at COGconnected as we take a look at the absolute best moments from this year’s Game Awards. 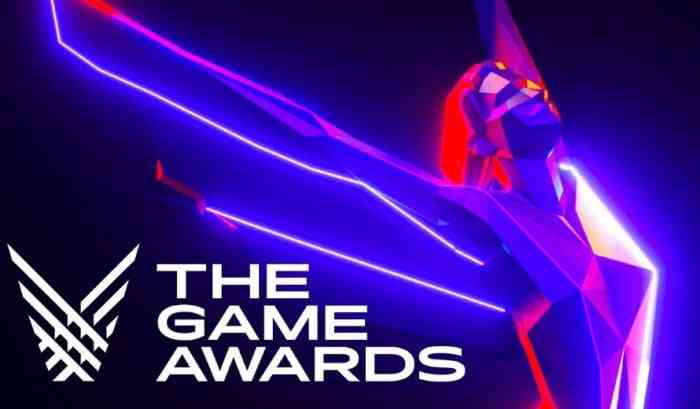 A new sci-fi horror game from Glen Schofield, the man who brought us the classic Dead Space franchise? Yes please! Schofield and his brand-new studio Striking Distance dropped a massive reveal on Game Awards viewers with a heart-stopping look at The Callisto Protocol, due to release in 2022 on PS5, Xbox Series X/S and PC. Photo-realistic visuals, gross gurgly sounds and one truly terrifying, goo-spewing alien abomination made for a teaser that had us screaming for more. As for gameplay specifics, Schofield revealed that The Callisto Protocol will be a third-person, single player survival horror adventure, and obviously from the trailer it takes place on some sort of space prison, presumably on Callisto, one of Jupiter’s moons. 2022 is a long time to wait, but with this releasing well into the next generation of consoles, you can be sure that this is a title that will take the horror game genre to a new level.

Well, the rumors told us that we’d get something more from the new Perfect Dark game, but still it was really exciting to see the new trailer that dropped at the Awards. Joanna Dark will be back, and she gave a voice-over tease to the audience at the show: “I remember when everything changed. The floods, the storms, the fires, people dying in the streets. The corporations gave us solutions, a better world, and we welcomed them into our lives. But the laws of nature aren’t meant to be broken. We need to know what they are hiding.” Along with the expected sci-fi themes, there will of course be the cool shooting gameplay — but what really stood out in the trailer was the new game’s impressive visuals, which seemed like they will make for a perfect Xbox Series X/S console exclusive when it launches. And when will it launch? That we unfortunately do not know yet, but at least we know that developers The Initiative are definitely on the right track with this one.

As host Geoff Keyleigh so aptly said when introducing Season, this year has been a tough one, and we need something to feel good about — Season, coming to PS5 from Scavengers Studio, looks to be just the antidote to our 2020 blues. As he described, Season is a game about “exploring and recording disappearing cultures in strange, beautiful world.” Lush, colorful animated visuals combine with melancholy music to suggest a calm and relaxing experience. From what we see in the trailer, gameplay involves playing as a young boy as he explores a warm, mostly rural landscape, recording wildlife and decaying ruins with his low-tech gadgets. No word yet on the story, but Seasons has an elegiac, sombre atmosphere that hints at some sort of post-apocalyptic scenario. No matter what, Keyleigh was right on the money when he described Season as “stunning.” Check it out below for yourself.

It might not be a new game reveal, but the announcement that Sephiroth from Final Fantasy VII will be joining the cast of Super Smash Bros. Ultimate was a show-stopping surprise nonetheless. Sephiroth joins a growing stable of all-star fighters in the Super Smash Bros. Ultimate second Fighters Pass, which also includes Cloud as well as recent additions Steve and Alex from Minecraft, both of whom were added in October to much fanfare. The Game Awards reveal trailer, below, is awesomely over-the-top, as Sephiroth descends from the sky like a long-haired god, followed by an action-packed montage of him dealing out “Smash despair” to a series of unfortunate foes. In fact, there was actually a pretty dark moment where he seemed to impale Mario through the chest, but thankfully Mario was only caught by his overall strap. This reveal showed again that Nintendo is definitely keeping the Super Smash Bros. Ultimate lineup fresh for the fans.

More Details on the Next Dragon Age

As fans were hoping, BioWare dropped a new trailer for the hotly-anticipated next Dragon Age game, which was announced back at the 2018 Game Awards. The new trailer takes pains to emphasize that this will be a pretty different and fresh take on the series, with much more player freedom to make their own adventure and choose their own path: “It’s time for a new hero. No magic hand. No ancient prophecy. The kind of person they’ll never see coming. We’ve got your back; I’ve got your back. Demons, dragons, Darkspawn, even the Dread Wolf. This is your story.” We still don’t have a lot of specifics as to the particulars of gameplay or story, but the impressive visuals on display in the new teaser seem to promise a visual treat and a host of interesting characters, including Solas as the antagonist and the Darkspawn as at least one other enemy. BioWare desperately needs a win after Anthem and other setbacks, so let’s hope the Next Dragon Age is the home-run they (and their fans) have been looking for.

From Amplitude Studios, who brought us Endless Legend and Dungeon of the Endless, comes … Endless Dungeon. Yes, there seems to be a pattern here, but there’s no doubt that this sequel to Dungeon of the Endless impressed us with its Game Awards reveal trailer. The original game’s pixel visuals have been upgraded quite a bit by the looks of it, now with a cool isometric view and gorgeous animated characters. But the formula of tower defense combined with action combat looks to be very much intact. “Shipwrecked on a mysterious space station, you’ll need to recruit a team of heroes and protect your crystal against never-ending waves of monsters,” the announcement describes. “Or die trying, get reloaded, and try again!” Endless Dungeon will be coming to all platforms but we don’t yet know when. Its Steam page is already active, though, if you want to learn more.

Well, that’s a wrap for the best of the best from the 2020 Game Awards, but be sure to check out more of COGconnected, including our 2020 Holiday Gift Guides, for all of your holiday gaming needs!

Black Adam’s Release On Multiversus Has Been Delayed