Apple Arcade is Getting Rayman and Pac-Man

During the iPhone 11 reveal event, Apple gave more details about Apple Arcade that may entice mobile gamers to subscribe. Mobile gamers may be interested in Apple Arcade’s $5 per month for access to over a hundred mobile games, including Pac-Man Party Royale, Rayman Mini and Shantae and the Seven Sirens. Apple Arcade will have original releases from developers such as Hironobu Sakaguchi, Will Wright, Ken Wong and many more. The developers behind Octopath Traveler and Bravely Default are at work on a game that will be available on the service called Various Daylife. Apple Arcade will be available in 150 countries as of September 19th on iOS devices around the world. 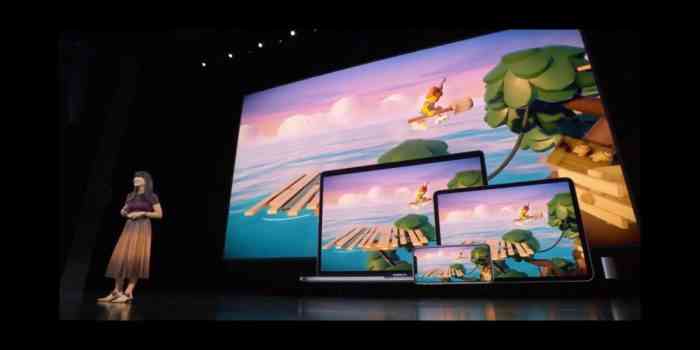 During the reveal event, Apple showed off an all-new Capcom title called Shinsekai: Into the Depths and Konami’s new Frogger in Toy Town. A demo for Annapurna Interactive’s Sayonara Wild Hearts was also displayed on stage. Apparently Apple Arcade will be available on various Apple devices such as iPhone’s, iPad’s, Apple TV and Mac. The selection of over 100 games can be streamed while connected to wifi or data while allowing users to download titles to play in offline mode when they’re off the grid. All of the games not only come complete with the Apple Arcade subscription, but the price includes all game features, content and future updates. Every game will be playable offline and games that allow for it will feature game pad support.

Apple is contributing to development costs and is working closely with some developers. More titles that will be available on release are: Lego Brawls, Hot Lava, Oceanhorn 2: Knights of the Lost Realm, Where Cards Fall, Beyond a Steel Sky, The Pathless, ChuChu Rocket! Universe, Exit the Gungeon and many more. Some developers on board to help Apple Arcade establish a large and quality lineup are Cartoon Network, Ustwo Games, Klei Entertainment and Giant Squid to name a few. If you aren’t interested in mobile gaming, we just have one question for you: do you guys not have phones?

What are some of the most interesting Apple Arcade games to you? Are you excited to subscribe and check out over a hundred titles in Apple’s  lineup? Let us know in the comments below!