Apple Made Some Pretty Egregious Claims During Arcade Announcement

Apple has an interesting marketing strategy the same way I have an interesting way of playing Tetris – I’m bad at it, so I try not to compare myself to other people. If you listen closely to the way presenters talk about the products they’re showing off during Apple keynotes and in marketing materials, they use language like “the first of its kind” and “never-before-seen on an Apple device.” When they show off the iPhone XRS90210’s new camera, they compare it to DSLRs, never competitor products. It’s a head-in-ass mindset that could only be metastasized by a cult-like Apple – they’re basically saying “we are the only company that makes these products, or any like these,” despite often being ages behind the competitors they ignore. It’s also perpetually worth mentioning that, a lot of the people in the audience at these keynotes are Apple employees – not the press, or the general public – so when you hear and see that hype every five minutes, it’s from people who have already been indoctrinated. 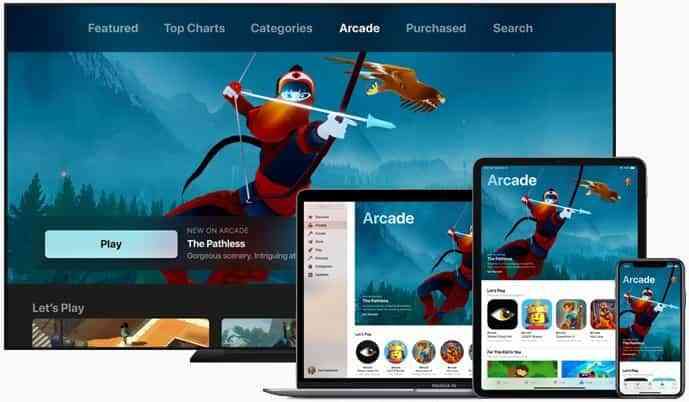 So at this year’s keynote after explaining how they’re going to effectively aggregate and ruin journalism, as well as launching a card that protects major corporations from obtaining your information that they definitely already have, the iOfSauron set their sights on the gaming industry. In true Apple fashion, they spent a few minutes explaining the App store people have already been using for a decade, spouting statistics and exposing their lack of restraint to stop themselves from referencing Fortnite, the new Arcade service was announced, which is basically Google Stadia, which is basically PlayStation Now, which is basically OnLive, but by Apple. Naturally, the aforementioned marketing language worms its way into this announcement as well, so I decided to take a closer look and see how many incorrect statements were made for the purpose of glorifying Apple’s gaming scene.

40:49 “Over 1 Billion People have downloaded games from the App Store” – Okay, that part may be true, BUT, that is not the number of active users, which mobile gaming seems to have a hard time retaining. Anyone can make an apple account, and people who have one likely have to redownload games they’ve bought when transferring to a new device, both aspects which can inflate the numbers. In all fairness, again, the same can be said of PC.

41:34 “These games often have incredible stories, and capture your imagination with their original art and music. They are some of the most critically acclaimed games ever made” Like Flappy Bird!

42:12 “A service that is giving them the freedom to do the best work of their lives.” Considering Apple hasn’t revealed how much money developers will be making back from having their games on Arcade, and taking how much Spotify has been paying out artists for millions of plays, as well as the turbulence of the Moviepass subscription service, I have a particularly hard time believing a company who stores their profits in offshore accounts to avoid paying taxes will be paying out developers enough to give them what could be defined as “freedom.”

42:28 “Apple Arcade is the world’s first game subscription service for mobile, desktop, and living room.” That’s gonna be a big ‘oof’ from me dawg. Clearly, someone didn’t use their Apple News+ subscription to see what was coming out of GDC last week, where Google announced a basically identical service with full-blown AAA titles. Also, Game Pass.

43:00 “Games that redefine games.” This is nonsense, the sentiment always will be, and it is marketing language that has been exhausted and shriveled since the mid-2000s. The Kinect, motion controls, VR, AR, and multi-point location tracking have only somewhat redefined video game experiences as we know them, but at their core, they still feel relatively familiar – like a video game, not an entirely new and different experience. There’s also a plethora of games sporting the aforementioned features that don’t necessarily make them good.

Head over to PAGE 2 for more weird and wrong things…

Apex Legends Bug Randomly Gives Chosen Character Other Abilities
Next Sony PlayStation’s State of Play Was Lackluster, Here’s 3 Ways They Can Improve It
Previous Fan Response to the Apex Legends Battle Pass Is a Little Dramatic