Microsoft announced that a handful of new indie titles will be hitting Xbox Game Pass on their respective launch days in this morning’s ID@Xbox Game Pass video.

Game Pass’s lineup is about to get pretty jam-packed with indie titles, one of the most notable being Afterparty from Night School Games, the team behind 2016’s Oxenfree. For the unaware, it’s a narrative based around two friends who end up in Hell after meeting an untimely death and take on Satan himself in a drinking game in an effort to get their lives back.

There’s also the slick pixelized multiplayer game Killer Queen Black jumping into the fray. Originally a cult-hit arcade game that evolved into an esport where players collect berries and take out their opponents’ queen, the team at Liquidbit is redesigning it “from the ground up” for modern consoles and PC. 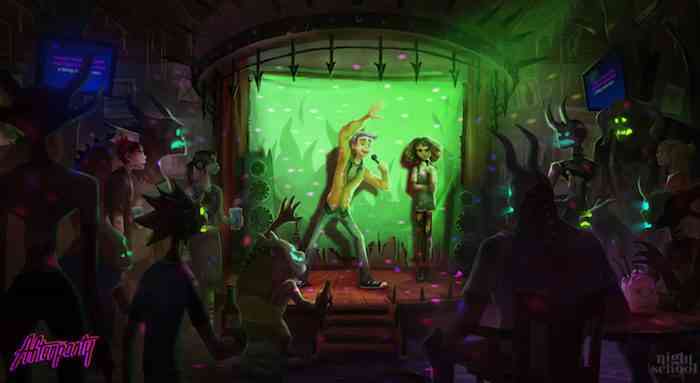 Some of the other titles making their way to Game Pass include first-person dungeon-crawler Operencia, pet simulator The Good Life, super-stylistic shooter Void Bastards, and shiny-metal-sidescroller Blazing Chrome.

Additionally, there’s a game called Supermarket Shriek joining the lineup. You play as – bear with me – a young boy and a goat, in a shopping cart, navigating obstacle courses in various shops and fine establishments. As if that idea wasn’t ridiculous enough, you can either play with a controller or a co-op mode where you use dual-microphones and scream into the mic to control the character.

In other recent Xbox news, April’s Games with Gold were announced earlier today! Let us know what you think of ID@Xbox’s incoming titles in the comments!