The upcoming streaming platform will launch in 2019 in the US, UK, Canada, and “most of Europe”, says Google. Notably, the company did not mention a price point for Stadia but did mention that more info about the platform would be coming this summer. 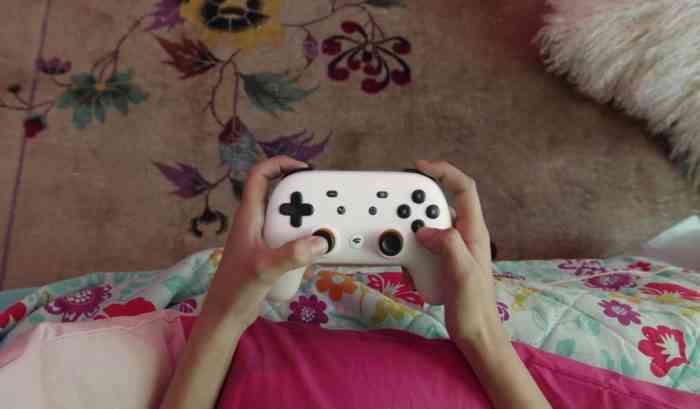 Stadia comes with its own controller (pictured above), which has Wi-Fi functionality, a capture function for sharing game moments, and a Google assistant button that can aid players in-game.

However, a mouse and keyboard or a controller (with a USB cord) can also be used with the platform.

Another feature allows stream viewers to join the streamer’s game in real-time (if the streamer enables the feature).

When it comes to the visual quality, Stadia can stream AAA games (such as Doom Eternal) on several devices and, according to the head of engineering for the platform, it can stream in 4K resolution at 60 FPS. In the future, streaming in 8K resolution at more than 120 FPS will be possible, said the engineering head.

Google also revealed that the platform can be accessed through YouTube videos and developers can create games using it. Engines that are supported by Google’s new platform include the CryEngine, the Unreal engine, and the Unity engine.

Developers can also enable cross-platform play for games of theirs featured on Stadia and players will even be able to carry-over their progress.

Driving Off Into The Forza Horizon | Press X To Podcast, Episode 5.12
Next
‘Battle Chasers: Nightwar’ Comic Book RPG Is Flipping to Mobile
Previous
Oddworld Soulstorm Gets a Long Lost Cinematic Piece at GDC 2019