Gungrave VR is what happens when a game developer sees a shiny new technology and attempts to jump into it as quickly as possible. A solid idea and a few decent mechanics are bogged down by a slog of a game, with little story content to enjoy and the inability to decide what kind of game it actually is. Gungrave VR might have had high aspirations for the VR space, but those goals ultimate fall outside of the game’s reach.

For those unaware, Gungrave VR continues the relatively obscure Gungrave franchise, which debuted back on the PS2 in 2002 and spawned a successful anime franchise. It follows the story of a dystopian city ruled by the oppressive Millennion Corporation and plagued by a mysterious and powerful drug called SEED that infects its users. The main character, Grave, is fighting back against Millennion, one bad guy at a time, not resting until the evil regime is toppled.

Normally a review of mine wouldn’t spend so much time introducing the game, but I feel in this case I must because Gungrave VR doesn’t do a damn thing to explain any of this. Honestly, I may have gotten a few bits of the narrative wrong up there, but I have no way of knowing based on how little the game gives me. There are mentions of Seed when the bosses’ profiles appear, but other than that there’s very little story being told in the six chapters of story mode.

Oh, that’s another thing: there are only six missions in this game. Six! And somehow despite the low number of tasks consistent play styles don’t exist! One minute I roam the streets and shoot bad guys in third-person action sequences. Another minute I look directly through Grave’s eyes in first-person missions where enemies come to me. It’s like the developers couldn’t decide what format Gungrave VR played best in, so they pressed all of the buttons and hoped one stuck. Why make a choice when you can have both, right? 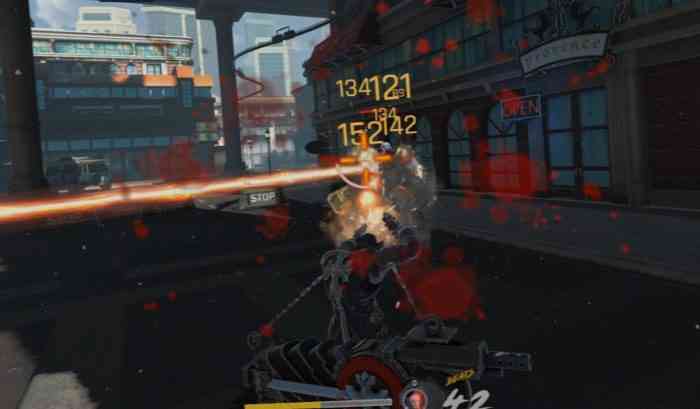 Because of this, every one of the modes has some sort of issue. The third-person free-roaming parts are cool, but the camera controls are very clunky and weird. Moving my view in 30-degree sections while also being able to look around never felt natural. This is doubly bad because if there’s one thing a VR game should do well, it’s the player’s view. Once I wrangle my viewpoint these areas play very well, the “look to aim” feature making for easy and fun shooting, but getting there is a hassle.

The first-person mode may be rudimentary, but I felt like this is where Gungrave VR was at its best. As soon as the first first-person mission began I was transported back to the days of House of the Dead or Area 51 in the arcades, where I only had to focus on oncoming enemies and not worry about the paths being taken. Granted I was on a moving vehicle so all I had to do was look and fire, but the old-school arcadey feel was very cool. This is where Gungrave VR made its best effort in my eyes if only there was more of it to enjoy.

Regardless of the format, Gungrave VR doesn’t really offer any major reason to try it. It just exists, although even that is up for debate considering how little content is actually available. It’s a blink-and-you’ll-miss-it affair, the type of game I’ll forget I even reviewed a few months from now and should serve as more of a warning for the upcoming Gungrave GORE than a precursor. This gun belongs back in the grave. 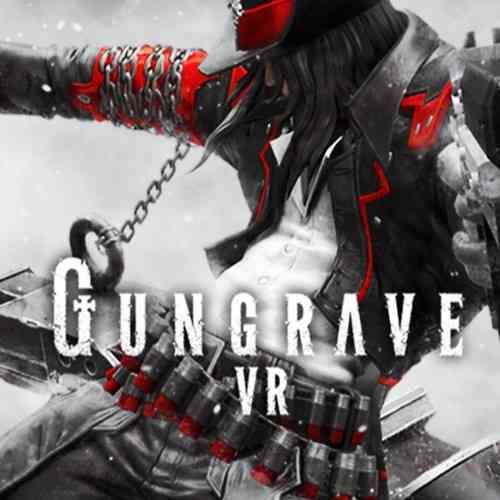