I had high expectations for YIIK. The graphics are incredible, the weird vibes are right up my alley, and the Earthbound influences are clearly stamped on basically everything. I’ve been following this game ever since I first saw the Kickstarter trailer several years ago. One can imagine my disappointment, my sorrow, to realize that this game is a stumbling, plodding trainwreck. I almost don’t know where to begin.

While I can’t speak to the load times on other versions of this game, YIIK is painfully slow on the Switch. Every single battle takes around 13 seconds to load. Walking into a building is 3 to 6 seconds. Leaving or entering towns means load times as well. There’s almost nothing you do in this game that isn’t accompanied by at least a little bit of waiting around. This turns almost every activity into a chore, something you dread instead of look forward to. You begin to measure things in load times. Three loads to get to the monster den. Six loads to get through all the battles. Two more to restock your items. You’ll become intimately familiar with that simple black screen.

In fact, every aspect of this game feels slower than it should. Gaining levels takes forever. New equipment is drip-fed to you at a snail’s pace. The actual plot takes hours to fire up and gain momentum. But the worst offenders are the battles themselves. Each attack comes with a quicktime event. If you perform said event perfectly, you might do more damage. Otherwise, it doesn’t matter. And I can’t stress enough how weak you are in the beginning. Alex’s regular attack can do five hits or more if you time it right, and the damage still caps out at one. A single point of damage! To make it even worse, the attack takes a long time to play out. Thanks to the way it’s designed, I’m not even sure I’ve ever properly pulled it off. Michael on the other hand, I’ve used his attack successfully. One time I dealt six damage in a single turn! I was practically giddy. One battle against three random enemies took me almost fifteen minutes, simply due to how slow everything moves. When you combine this pace with the baffling leveling system, it’s enough to make you actively avoid random battles. 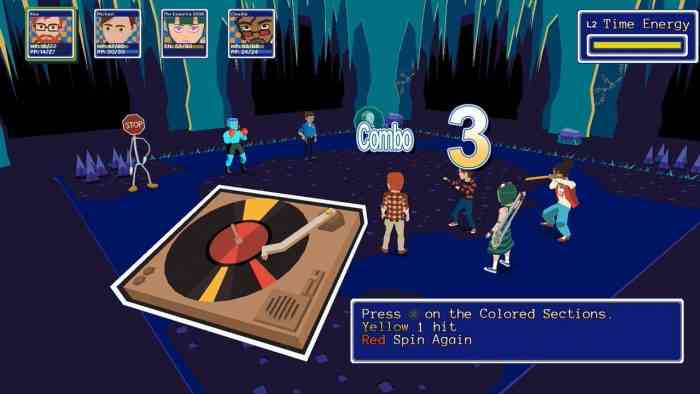 I have a confession to make: I gave up on YIIK real early. There’s a boss you encounter about 90 minutes in who doesn’t take damage. I took this to mean there was some puzzle I had to solve first, but no amount of investigation has yielded any solutions. I talked to every NPC, I checked every possible trash can and treasure chest, I even spent all my money at every store I could find. After fighting this boss six times with no success, I just quit. It’s not just that I was stumped. If making progress in YiiK is this painful, slow and nonsensical, I no longer want to participate. Either I missed some un-intuitive piece of the puzzle, or this game is genuinely unplayable. I’m out of the running regardless.

Even beyond this bizarre hurdle, the whole game is designed to impede you. The money you earn can’t be spent on anything useful. The experience you gain never leads to you getting stronger. The battle mechanics make every fight as slow as possible. Even clicking on chests and items comes with a short delay. YIIK frustrates me so badly I feel like I personally offended the creators at a party or something, and this game is their revenge. At first, I was bummed out that this quirky Earthbound homage wasn’t what I had hoped for. Eventually, I was just too broken by the game to even continue. The end of this review has a score attached to it. I need you to understand that the number I chose is a kindness, a concession that this game may find a fanbase upon release. This number represents my hope that fixes and improvements are on the way, that this isn’t the final version of the game. That number is also higher than it should be. Do not, under any circumstances, buy this game in its current state. YIIK is an aggressive yet sleepy-eyed assault on your money and your free time that needs a lot of work. 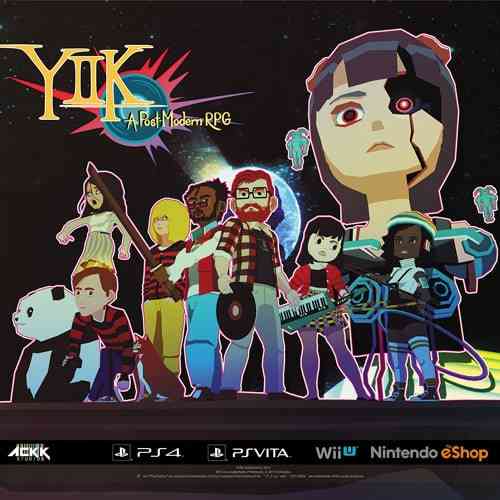