Like many other series, the Tales series has had its fair share of great and not-so-great games in the franchise, and Tales of Vesperia is undoubtedly one of the better ones. Originally released in English for the Xbox 360, the PS3 port with full voice acting and additional characters only released in Japan. Now over 10 years since the original release, Tales of Vesperia: Definitive Edition brings one of the best JRPGs from the last generation to all contemporary platforms.

Tales of Vesperia: Definitive Edition takes place in a world in which civilization is dependent on blastia, an ancient technology that provides for various functions ranging from protection barriers to purifying water. The game follows the adventures of protagonist Yuri Lowell, a former Imperial Knight on his quest to retrieve an aque blastia stolen from the lower quarter of his city. Along the way, the journey grows, as does the party as several individuals join the party. While the story is somewhat generic, the characters of the game are what make the overall narrative shine. In particular, the characters feel relatively more mature, developed, and dynamic than typically found in a JRPG. Furthermore, the character interactions during the skits provide a deeper look into the character’s personalities and relationships with one another, even if they can be a bit of a drag without being able to advance through dialogue a bit faster such as that found in more contemporary Tales titles.

As commonly found in the Tales series, Tales of Vesperia: Definitive Edition is a JRPG with a more action-based based combat system similar to fighting games. While enemies appear on the overworld, battles take place in an arena in which basic attacks, skills, defense, and items all come into play. While later Tales games have more advanced and perhaps more user-friendly battle systems, Tales of Vesperia: Definitive Edition still has an overall solid combat system to complement its overall strong narrative. Another aspect to consider is that you can play cooperatively in combat, with another player taking control of another character.

When the game first released on the Xbox 360, Tales of Vesperia already looked beautiful with its cel-shaded anime art style, and Tales of Vesperia: Definitive Edition looks just as good relative to the timeframe. While the art style remains constant, the Definitive Edition does bring along with it upscaled graphics. This review was conducted on the Nintendo Switch, and while there were some framerate drops and minor differences in the graphics (things appeared softer) when undocked, playing with the Switch docked was much better, though overall the issues were minor at most. 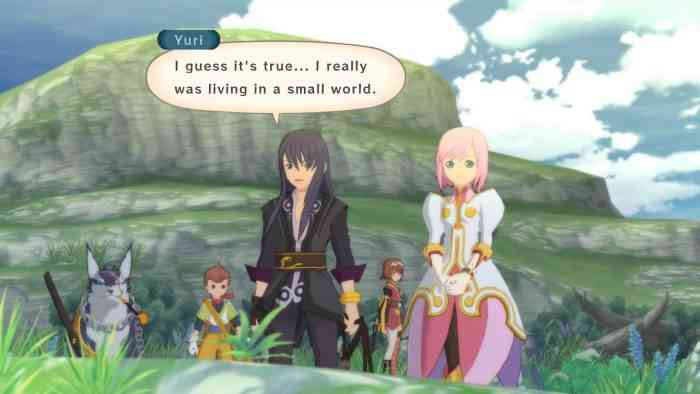 Leave it to an anime-styled game to have a great opening sequence, as every time I booted up Tales of Vesperia: Definitive Edition, I could never bring myself to skip the opening song. Aside from the opening theme song, Tales of Vesperia: Definitive Edition had a strong soundtrack that fit the various characters, towns, dungeons, and situations just about as well as you could expect. With the Definitive Edition, full voice acting is provided in both English and Japanese options, and I found both to be perfectly serviceable if not good. Players also have the ability to pick which option to utilize each time the game is started.

Tales Of Arise Will Be A Standalone Story – No Story DLC or Sequels
Next YIIK Review – YIIKes, You Guys
Previous Travis Strikes Again: No More Heroes Review – Edgy, Stylish and in Your Face