Civilization Is yet Another Series to Get the Battle Royale Treatment

Developer Firaxis Games recently released the September update to Civilization VI which adds tons of new content, including a battle royale style game mode called the Red Death. The update includes eight new factions to select from and do battle with in a map that shrinks as a radioactive mass consumes it. Gamers are still in the fight as long as they still control one civilian unit and if that one civilian unit makes it to the extraction zone, a space ship will save them from the poisonous planet as the lone survivor. Up to twelve players can compete in the new game mode on PC now but the update isn’t live on the Nintendo Switch or iOS yet. 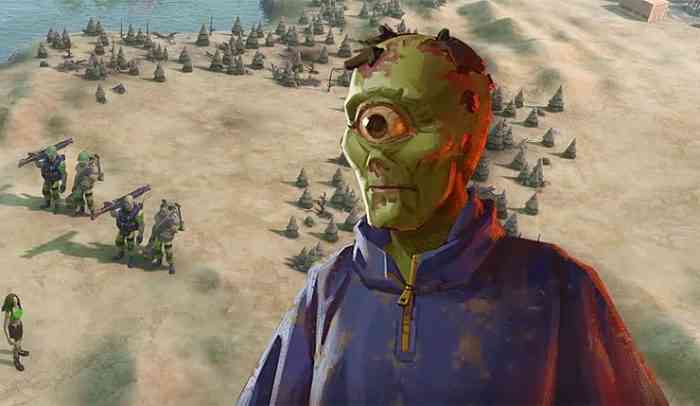 Each of the new factions has their own abilities which Civilization VI fans should be familiar with. The Pirates take 50% less water damage and ignore additional movement cost from embarking and disembarking while the Mutants gain +3 movement and take -50 less damage in the Red Death. Scientists can heal twice as fast but still won’t be able to heal in the Red Death in the narrow window they have to escape it and reach the safe zone as the Red Death isn’t an instant kill. Borderlords will be an interesting contrast to the Mutants and Scientists as they gain +10 combat strength when at 3 hexes or along the Safe Zone border. The Red Death tracker locates where the Red Death is at all times and indicates how much damage gamers’ units will take if their turn is ended in the Red Death.

Raiders randomly patrol the Red Death map as they attack anyone who gets too close while taking no damage from the Red Death. Ruined Cities grant buffs and gear but lucrative crates also drop along the Safe Zone border. Both of these ever-changing map locations will likely be the busy areas where gamers live or die in. Depending on the number of gamers and their skill, an average match will last between 15-20 minutes.

Are you a Civilization VI fan who’s excited to download and play the September update or are you a lapsed Civilization fan who’s intrigued by a battle royale in the franchise? What’s your favorite Civilization game? Let us know in the comments below!

XCOM: Chimera Squad Rated for Consoles *UPDATED*
Next
GameStop Is Set To Close 180-200 Stores This Year
Previous
Apple Arcade is Getting Rayman and Pac-Man