When it comes to expansion packs, it’s important to look at the new features, and assess how well each of them work, but also how they affect the existing game. Civilization VI: Rise and Fall, is a true expansion pack; not a collection of DLC. Its new features do a lot to strengthen what was already in the game, and to lay down the foundations of systems that will grow the game with the addition of new Civs. There’s a lot to like here, and a lot of new features to play with.

The flashiest change to Civilization VI comes with the titular rising and falling of civilizations. This is achieved through earning era score, which adds events to your Civ’s timeline. Earn enough and you avoid plummeting into a dark age. Earn more than you need, and you may achieve a golden age. If you somehow manage to emerge from a dark age straight into a golden age, you get a super-powered heroic age.

A lot of attention is played to these features, and they are lots of fun, but they honestly just expand on systems from the base game. Earning eureka moments for technologies is a great addition to the Civ formula, one that helps give the game more momentum. The ages system seems like a logical and more open-ended conclusion. By achieving small objectives throughout the game, you can earn yourself a big bonus, or find yourself facing new challenges.

The objectives themselves are really fun. The tension you feel at the end of an age when you’re trying to earn those last few points almost matches the intensity of the last few turns of the game. The feeling of accomplishment of turning a dark age into a heroic age is unmatched. My only criticism is the lack of guidance. It’s not always clear what will earn you points. You figure it out as you go, but I was surprised to learn that founding a city on a desert tile could earn you some points. Sometimes the surprise is nice, but when you’re scrambling for those last few points, you want to know what you are doing.

“You can go broad and get a lot of governors, or you can go deep and have a few powerful ones.”

More subtle perhaps, but more important, is loyalty. You now have to worry about city happiness. If it’s at 100, there are no problems. If it hits 0, a city will rebel and become independent. An independent city is vulnerable to invasion, but it can also defect to a new civilization. Loyalty is generated by happy citizens; the more of them you have in a city, the more pressure it exudes on neighboring cities.

The simplest way to assure loyalty is through governors. This is the system that feels like it needs the most work to me. The governors all have names and personality, which feels at odds with the rest of the game. Each of them also has development trees and can earn new skills. You can go broad and get a lot of governors, or you can go deep and have a few powerful ones.

As a mechanic, governors are a fine idea, but they seem to be at odds with the ethos of the other additions. They don’t make the game more dynamic; instead they require careful planning. When you earn governor points, how you spend them, and what you are planning for are big choices. If you get the Cardinal early on, but realize later that you aren’t going to win a religion victory, a lot of the effort feels wasted. Some more flexibility would keep the game from feeling like a clock that you design and step away from. 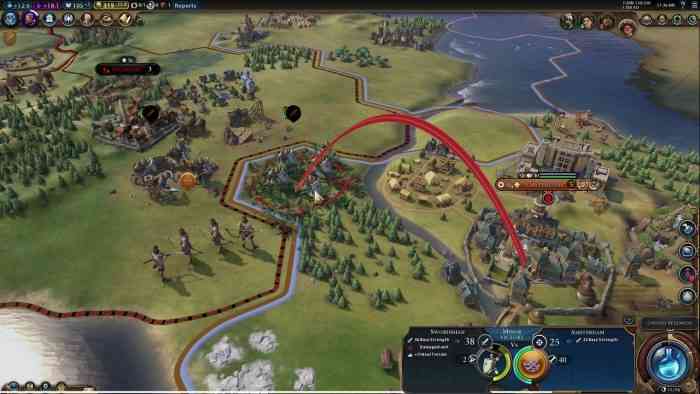 The new alliance system makes diplomacy a more viable and dependable strategy, but it takes a little bit of dynamism away. Alliances have become much more predictable. That’s why emergencies are such a great counterbalance. One rewards you for playing a peaceful game, even one full of appeasement. The other makes huge shocking wars much more likely.

Alliances now give you a qualitative advantage, mostly between your trade routes. These advantages grow over time. As such, once you enter into an alliance, you’re going to want to keep it going as long as possible for maximum effect. Emergencies can bring that all crashing down. Certain important events, like invading a city-state or a holy city, now can trigger a special high risk, high reward war. These wars have very particular objectives and time limits. The winning side gets a huge bonus.

Put those two systems together, and diplomacy goes to some weird places. I’ve been part of emergencies that have triggered huge world wars thanks to a few alliances. I’ve also been part of emergencies that I thought would lead to some much-needed vengeance against a military powerhouse, only to find out that I was alone against the Zulu hordes. It’s a good element that’s not entirely random but adds an element of unpredictability to your game.

“I can’t wait to match Zulu infantry against Scythian cavalry.”

A Civilization expansion pack means new leaders, and I have a few favorites among the batch. The new leaders are mostly meant to maximize the new rules, and as such act as a great tutorial for all the new game features.

Despite seeming rather bland to me at first, I really grew to like Scotland. They are so focused on science that I had a lot of time to master features like governors and golden ages, plus I had a swarm of great scientists to play with. I also enjoyed the scientifically inclined Koreans, who are all about maximizing regular tile improvements like mines and farms for killer adjacency bonuses. On the other end of the spectrum, the Zulu are totally fun. They are based on overwhelming their enemies with insane numbers. I can’t wait to match Zulu infantry against Scythian cavalry. I also loved the Mapuche, who level up their units over time and use them to damage the enemy city loyalty.

Other new civilizations include the Dutch, Georgia, the Mongols, and the Cree, as well as a new more militant leader for India. I found some of the new leaders more intuitive than others, but everyone has a clear specialty. I recommend starting with Korea, as they are extremely focused, and will give you time to learn about all the interplay between the game systems. 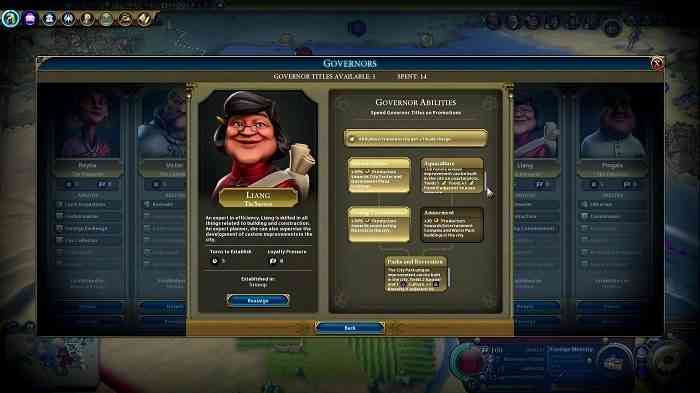 Looking at all of the new content, it’s clear that Rise and Fall is meant to be a big re-balancing act. The changes are less dramatic than say, Civilization V: Gods and Kings, which added a dramatic new religion system. Most of the changes here strengthen what was already working, and add new features that have yet to be fully realized.

Take the new wonder, the Temple of Artemis. It gives a major buff to your camps, as well as some bonuses for pastures and plantations. Camps didn’t have as many bonuses in vanilla Civ VI as mines or quarries, so the wonder serves to shift the balance. There are also governor abilities that let you maximize coastal tiles, and a new type of entertainment complex you can build on the coast. Simple changes like this shift the dynamic of existing Civs like the English and Norway.

“I was already wowed by Civilization VI, and Rise and Fall only serves to cement my love for this amazing strategy game.” 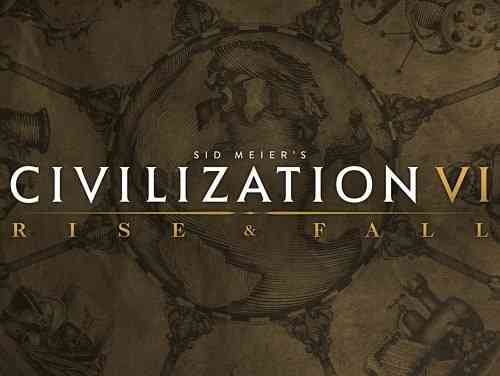