Dragon Quest Builders Review – Building a Gem for the Switch

The global success of Minecraft was bound to birth some competition, games that strive to capture the freedom and creativity of Mojang’s major it. I never expected Dragon Quest to enter the arena, but Dragon Quest Builders attempts to bring the storied RPG franchise into a new creative world. The game does a terrific job of capturing that feeling and telling an interesting story to boot, but there are some old school ideas buried in here that really should be left in the olden days.

When I first began playing Dragon Quest Builders, I have to admit I wasn’t expecting much. I pressed start at the title screen expecting some half-baked Minecraft lite with the Dragon Quest slapped on it for the nostalgia factor. However, the game immediately starts building intrigue through its intro, introducing to some evil looking dude called the Dragonlord and explaining why this world is so barren.

“As I build my new civilization and new people start to come out of the woodwork, I really start to feel attached to the game.”

While the setup is good, I will say I’m not very enthused by the basis of the Builders story. The people of the world forgot how to build stuff and it caused civilization to crumble? Everyone alive, at the same time, just had a moment of “well this broke, that sucks, nothing to be done” and the world ended? That’s a little bit weird if you ask me, but luckily not weird enough to turn me off completely.

Once the intro is out of the way and I’m left to my own devices, I’m ready to get out and explore this hostile Minecraftian world, building as much as I can. The problem is I can’t build stuff unless I go to a certain spot on Builders’ map and the game tells me what I want to build through an NPC or the floating goddess voice following me around. Granted this only happens in the first hour or so of the game, but it’s still pretty annoying to have this massive world but be confined to 10% of it. 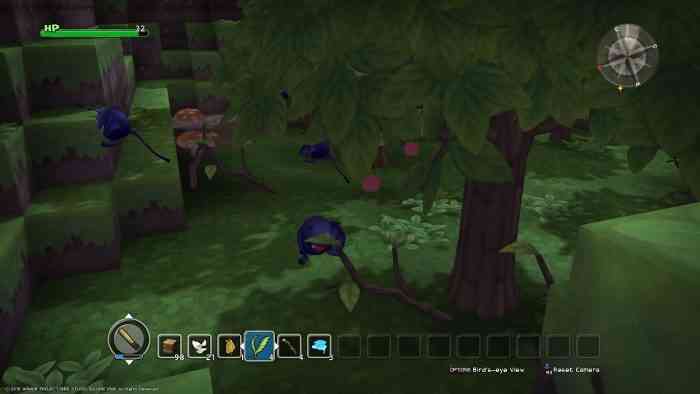 As I build my new civilization in Dragon Quest Builders and new people start to come out of the woodwork, I really start to feel attached to the game. I’m enjoying building rooms with blueprints provided by my new townsfolk. I like terraforming and building walls around my fair city in order to keep it safe from the monsters of the wilds. I’m enjoying harvesting items, mixing them together at the masonry table, and building my city with those things I’ve built. I even like starting a quest for someone in my city, although I normally use the quest as an excuse to run out into the open world and get away for awhile.

The Switch handles Builders fairly well, although sometimes the control scheme can get a little hairy. Moving the character with the left stick then trying to select items with the left butttons isn’t always comfortable, and the camera sometimes misleads me on where I’m dropping an item. The Switch’s Handheld mode, however, does wonders for its longevity as I can now build my new city wherever I go. Add this game to the ever-growing list of titles that benefit greatly from the Switch’s portable tendencies.

Square Enix does a fantastic job of meshing the Dragon Quests hallmarks of quirky humor and iconic audio into Builders as well. Doing battle with enemies outside of my city, I will hear the spell casting sound I’ve become accustomed to hearing from DQ before an enemy spits fire at me. The small musical cues of completing a quest or getting an item are intact. Even the quick one-line zingers are here, mostly to poke fun at my player character’s appearance. I grew to really like Dragon Quest in this vein, a new way to approach a classic franchise that can appeal to all ages. 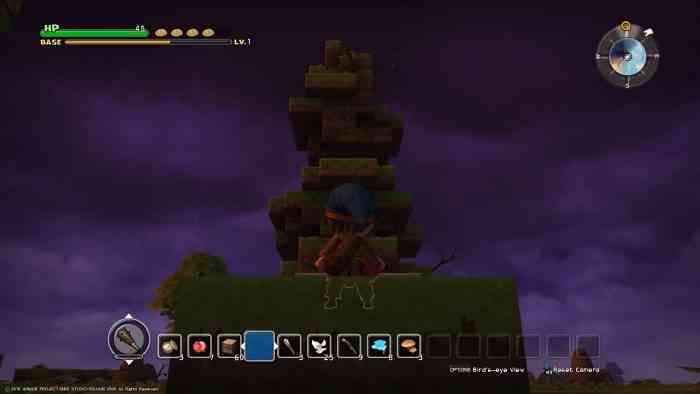 However, with all of those nods to the past comes an infuriating relic, something that should have died a long painful death way back in the days of the original PlayStation: the total lack of auto-saving. The first town I ever built I was careful to terraform to my liking, design rooms in perfect symmetry within the plot of land I was given and helpers came in droves to get the place looking great. I was playing Dragon Quest Builders to its full potential…until my Switch’s battery died.

Because there was no autosaving nor was there a clear way to save my progress at all, everything I had done in that first town was lost and I was reverted back to the beginning. I did not know the game wasn’t saving my work in the background, and a few hours of work was flushed down the digital drain by an archaic saving system that made me want to throw my Switch across the room. It’s time to leave the sporadic saving of yesteryear in that time period and implement some sort of autosave. Many, many of Dragon Quest Builders’ players will thank them.

Despite a slow start, when Dragon Quest Builders starts rolling it’s hard to put the game down. Building this new city is extremely fun, with NPC quests and an overarching story that makes the game more than just building and building. There are a few mishaps and relics from the past that take shape — the lack of an autosave function could bite a lot of people in the backside — but those can mostly be ignored for the fun gameplay. Dragon Quest Builders sets out to tackle a new format under an old banner and it works, I just wish a few of the older elements stayed in the past where they belonged.

***Switch review code was provided by the publisher*** 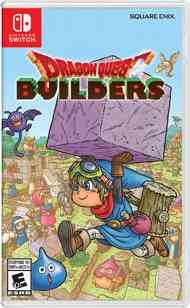 Mario Strikers: Battle League Update Introduces New Characters And More
Next Civilization VI: Rise and Fall Review – This True Expansion Pack Nails It
Previous Under Night In-Birth Exe:Late[st] Review – This Genre Ain’t Big Enough for the Both of Us