Usually, DLC is a small addition to a game – extra levels or a new campaign storyline to play when you have finished the vanilla release. But Galactic Civilizations III: Crusade is more – so much more, in fact, it can rightly be called a complete overhaul of the original 2015 version of the game. With changes to the AI, new features, and more customization options, Crusade gives players more control over how they play and greatly improves the playing experience.

One of the biggest new features is the Galactic Citizen. Periodically, one member of your civilization will emerge to become something more, enabling you to train them into a specialist and bring you big boosts in various areas. For example, you could make them a Scientist to increase your research capability. If you then assign them to a specific planet, they will enhance that planet’s stats even more. There are a number of different Citizen options that unlock as you grow, each with their own benefits.

If you like choice and the power to easily manage every aspect of Galactic Civilizations III, you’ll really like Crusade’s Citizen feature. In place of sliders to manage your economy, happiness, and military, the Citizens bring a much deeper and more involved management mechanic. You now have to really think about what type of Citizen to train, and where to place them. It might seem at first like a rip-off of the Great Figures of Civilization, but the difference is that the effects last for the whole game, not just a one-time bonus.

“Crusade gives players more control over how they play, and greatly improves the playing experience.”

And they add a lot more wrinkles to your strategy. For example, you need Administrators to build Colony and Survey ships and to build Star Bases, which are crucial during the early phases. Then, later the Generals and Spies become crucial if you want to invade and sabotage your enemies. The Galactic Citizens gave me direct control of how my empire evolved, yet their lasting effects once deployed allowed me to move on without having to constantly monitor them. It is a great balance, offering player control without becoming tedious micromanagement. 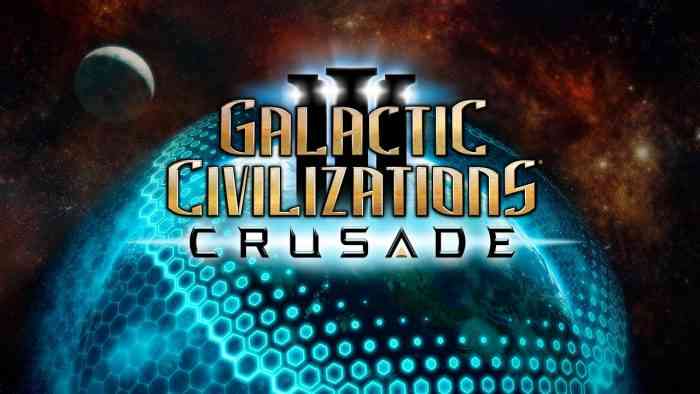 Stardock has also balanced the pacing of Galactic Civilizations III, which was a weak spot up till now. Games have so far tended to be characterized by a rush to colonize and swallow up planets early on, followed by a plodding, drawn-out late game. But Crusade does a lot to fix that. The need for Administrators to build Colony Ships and Star Bases tends to slow things down in the beginning, which will annoy some veteran players. But the later phases are much improved due to Generals – Citizens who come with Legions and can boost your invasion forces. In addition, when invading, you can now destroy a planet’s improvements, so even if you fail to conquer the planet you can still hurt your opponent greatly. Transports can also now be re-used, which makes invading much less of a chore than it used to be.

The AI is still not perfect but is definitely improved with Crusade. Trading with AI civilizations, in particular, is much more realistic, and AI opponents behave much more logically and make better offers because they take into account your needs and what deals have been made before. One thing I recommend, though, is that you turn off Brokering at the start of the game, or you’ll find that any technology given to one AI will soon be in the hands of them all. If I am nitpicking, I still find overall that the AI can be improved – they still seem to pump out ships like crazy, for example, and their research progress is often way beyond yours even on the easiest difficulty. 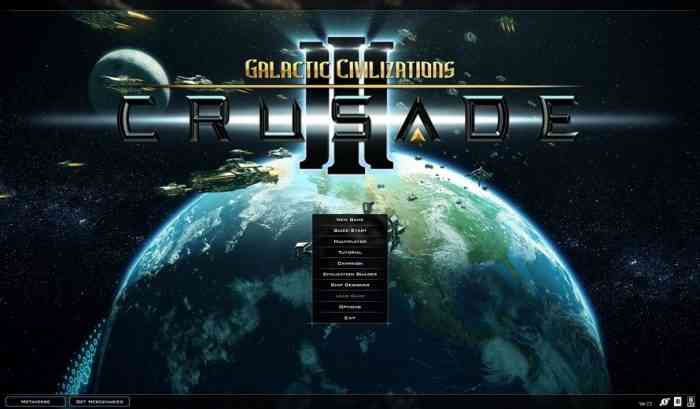 But if you don’t like the AI civilizations in Galactic Civilizations III – even the new Onyx, Slyne and Terran Resistance races added with Crusade – you can always create your own new one. The new Civilization Builder is almost a game in itself, offering you the chance to build your own civilization from scratch. Crusade gives you control over every aspect of your new creations, from the way they appear to the abilities they possess. Choose from pre-supplied images, or even upload your own art. I spent a couple of hours of play-time just tinkering with my Neo-Vulcans, and I could have easily spent many hours more. I didn’t have the nerve to upload them to Steam’s Workshop though, although Crusade makes this as easy as a button press.

“Stardock has clearly gone to great lengths to allow players to make Galactic Civilizations III the game that they want.”

Ship design, while not new, also gets a big improvement in Crusade. You can create and modify your civilization’s ships and fleets in a seemingly-endless variety of ways, from engine types to colors to body shape. Then, share your creations with the world. If I have any criticism of the incredibly deep customization in Crusade, it is just that it can be a bit overwhelming, especially if you are not experienced. It seems unfair to criticize a game for giving you too much content though, and Stardock has clearly gone to great lengths to allow players to make Galactic Civilizations III the game that they want.

Galactic Civilizations III: Crusade is not just another DLC; this feels like an expansion or maybe even a sequel to the original release. While this was one of my favorite games already, the improved depth and gameplay make the 20th or 30th hour just as fun and interesting as the first – and that is saying something. Stardock has made one of gaming’s best 4X strategy games even better, and this an essential purchase for series veterans and newcomers alike. 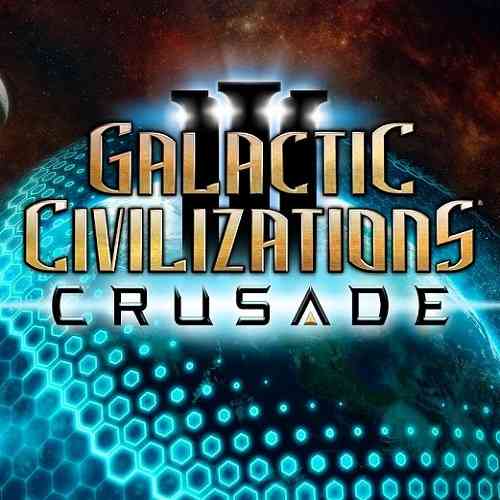 Galactic Civilizations III: Mercenaries Review – Pricey But A Satisfyingly Deep Expansion
Next The Surge Review – Deck 13 Maturing Before Your Very Eyes
Previous Empathy: Path of Whispers Review – So Many Feelings