Empathy: Path of Whispers Review – So Many Feelings

Empathy: Path of Whispers is a first-person adventure game that places you in the midst of a dreamscape, a dying world populated only by memories. The atmosphere is haunting, the world itself is eerie and the stories are complex. Yet, there are problems abound that keep it from really coming together the way you know it could.

Your story starts with you pressing a big red button. Everything goes wrong and suddenly you’re in a whole new environment with only a disembodied voice to guide you. Get used to those, by the way. They make up the whole of the narrative. You click on an object and get a single paragraph of dialogue which represents a sliver of the larger story. You get someone complaining about doing their job, fleeing the authorities or selling illicit substances in a park. Instead of being fed to you whole, this story is one you must infer through these candid diary entries. Each successive bit of progression is accompanied by your guide, a voice in your ear that dispenses plot points and idle philosophy. The larger, unspoken story is a fascinating one, though sometimes the dialogue feels poorly translated.

“There is exactly one kind of puzzle mechanic at play here.”

Atmospheric games like this one live and die by their narrative and their puzzles. The story was left deliberately obtuse. The puzzles were padded out by long periods of wandering around. The environments are huge and intricate, which is awesome until you have to find something. Then you’re relying on a radar system that can’t estimate distance and a run button that does almost nothing. There is exactly one kind of puzzle mechanic at play here. You sync up two different-colored wavelengths on an oscillator-type device. It’s pretty cool the first fifteen times. After that, the puzzle just felt like more padding layered on top of all the walking around. On top of that, you’re tasked with finding things multiple times in the same area. Exploration games often require backtracking, but normally you at least see other levels before you have to replay a given stage. I walked the whole length of one area at least three times looking for more and more items. This process repeated in every new area.

Each of the memories you unlock come in the form of voiced dialogue. Some of the acting is alright, other performances feel sort of wooden. The puzzle (for there is only one kind of puzzle here)goes from interesting to annoying very fast. The controls feel like another technique for adding time to your playthrough. Simple-looking jumps are made more complex by the controls. There were a lot of jumps that lead to my “death” which only came with a six-foot drop. Thanks to this impediment. exploration is ignored in favor of some very specific pathing. There was rarely more than one right way to get to a destination. 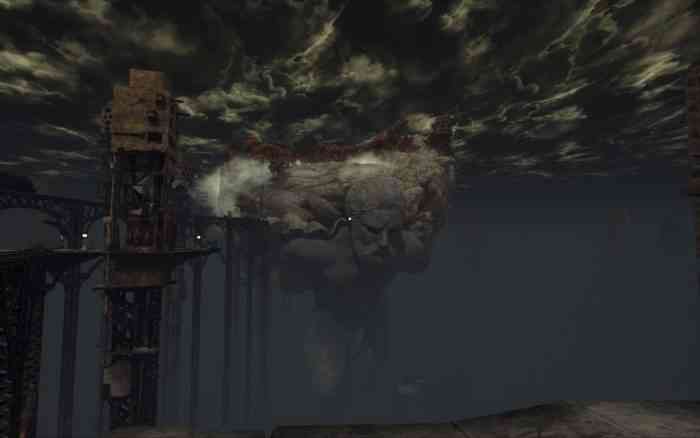 Empathy is missing some features that I took for granted before playing this game. There is no map feature, for one. You also can’t save manually. At least, not in any way I discovered. These are problems that usually come out as features for a title like Path of Whispers. In this case, the absence of these components merely added to my playtime. By the time I got to the final area I felt out of patience for the stacks of diary entries and the oscillator puzzles. The save mechanic isn’t a dealbreaker unless you run into any technical problems. My own machine encountered a few hiccups, but it was nothing I couldn’t overcome. The narrative is vast and multi-faceted, but the delivery method made it difficult for me to properly absorb what I was reading. I would have liked the story more if it wasn’t broken up by so much wandering around.

“The music in the background makes every area feel lonely and otherworldly.”

This game is dripping with atmosphere. Atlas Park is built on the back of a giant statue, surrounded on all sides by storm clouds and decay. Eagleview is almost mystical by comparison, a remote village bereft of all life.The music in the background makes every area feel lonely and otherworldly. The world is also designed to obfuscate the time period in which this story takes place. All the items you find feel both old and modern. Doing so added to the mystery for me, leaving me baffled as to when this story could have possibly occurred.

Playing through Empathy: Path of Whispers didn’t take me much time, yet I found myself wishing it were shorter. The long walks and the clumsy controls mean that Empathy moves slowly. The simple puzzle systems also added to the perceived length of the game. On the other hand, the game looks and sounds beautiful. The world described here is haunting, enormous and empty. The story, for all of its faults, made me want to continue playing, simply to find out how it all ended. Pacing is a critical component in any game, especially when the game’s majority focus is on story. The gaps in the narrative felt all the larger due to the enormous spaces of silence wherein I was just wandering back and forth, trying to figure out what I’d missed. If you consider yourself a narrative gaming connoisseur, you’ll find some real value here. If that genre doesn’t resonate with you, though, you may want to think twice before picking up Path of Whispers. 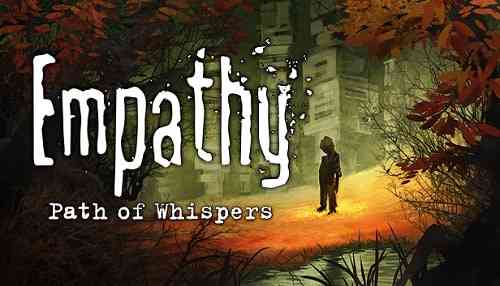 Warhammer 40K: Inquisitor – Martyr Announces a New DLC Class
Next Galactic Civilizations III: Crusade Review – This DLC is a Game Changer
Previous The Legend of Heroes: Trails in the Sky the 3rd Review – Wonderful Conclusion to a Great Trilogy