The Legend of Heroes: Trails in the Sky the 3rd Review – Wonderful Conclusion to a Great Trilogy

The Legend of Heroes: Trails in the Sky the 3rd Review

The Legend of Heroes: Trails In The Sky series is a well-established JRP that publisher Xseed brought to the West in 2011 for the PlayStation Portable. Incredibly well received, fans found themselves immersed in the huge expansive world with likeable characters as they yearned for more. While it took four years for us to see the localization of the Second Chapter, here we are less than two years later with the conclusion to a great trilogy, appropriately named Trails In The Sky the 3rd.

The game begins with a raid at an extravagant party thrown by a rich and crooked business man upon a beautiful airship named the Lusitania. Among many of the enchanted guests is Father Kevin Graham, of the Septian Church, who is on a mission to find a mysterious and ancient artifact. As usual his capture goes without a hitch and very soon after completing his mission, he is quickly assigned a new task to work alongside Sister Ries Argent to recover another artifact at the Liberl’s Grancel Cathedral. During this mission, the two find themselves amidst a dungeon called Phantasma, acting as a plane that allows them to become involved in issues across time, gaining the help of familiar faces to reach this dungeon’s master.

“Trails in the Sky the 3rd is a fantastic game that gives the series the closure it needs by answering anything missed in the previous two games and further insight into some of our favorite characters.”

While the First Chapter and Second Chapter held the most similarities in game play, a turn based, dungeon crawling JRPG set in a world where players can freely roam, the Third chapter takes on a slightly different formula. The first thing fans will immediately notice is the absence of Joshua and Estelle who have now become side characters. Instead, players will take on the role of Father Kevin Graham, introduced to us in the Second Chapter, and his new co-worker, Sister Ries Argent. Aside from the sudden change in protagonists, the world that players have come to know and explore in the First and Second Chapter has now been replaced with an extremely long and continuous dungeon.

The game this time around is more story and dialogue heavy, and I felt like it presented itself as more of a visual novel, however the battle system is quite good and remains mostly the same as the First and Second Chapter. Players will take part in strategic, turn-based battles where positioning your characters and utilizing the correct attacks and skills will guarantee your survival. For fans and players who are up for a challenge, the enemies in the 3rd are far more unforgiving and pose quite a challenge, even if the game is played on a normal difficulty. While the battles may be tough, the game fortunately gives players hints as to which skills to use by color coding some enemies. And with a party roster of over 16 characters, it’s easier to build the perfect dream team that can cover all needed weaknesses. 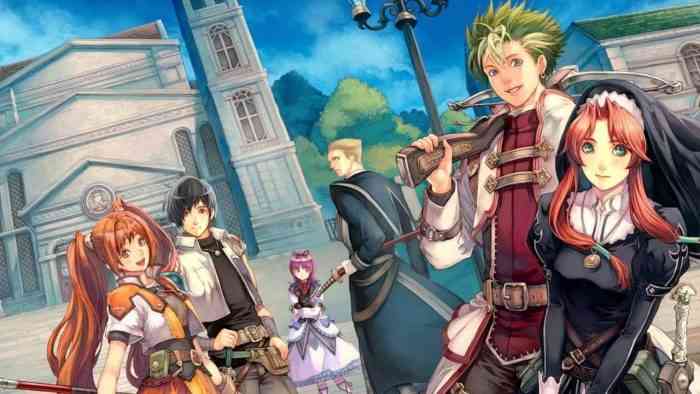 Something else to note is that all the characters will start at an elevated level of above 90 meaning every character that joins the party will already have a full set of orbments, arts and crafts. This allows players to really have fun with customizing their dream party as characters are also introduced to your party at a rapid speed.

“The game this time around is more story and dialogue heavy, and I felt like it presented itself as more of a visual novel, however the battle system is quite good and remains mostly the same as the First and Second Chapter.”

Can you play The Legend of Heroes: Trails of the Sky the 3rd without playing the First and Second Chapter? I would like to say yes, as the game on its own is well developed and has no problem immersing players into its story. However it is highly recommended to play the First and Second Chapter in order to fully appreciate and grasp the story. Not to mention a majority of the side quests players will undertake and locked doors to open up (which can only be opened by using specific characters) will require knowledge of the story and situations presented in the previous two games and the 3rd Chapter does not slow down to explain anything.

It took some time for the game to be localized but the wait was definitely worth it. Trails in the Sky the 3rd is a fantastic game that gives the series the closure it needs by answering anything missed in the previous two games and further insight into some of our favorite characters. Long time fans will obtain a sense of satisfaction as they complete the game and for players who are new to the series, I highly urge you to play First and Second Chapter to truly understand and appreciate this game. 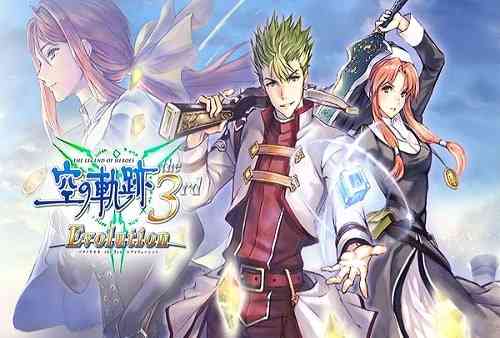 Five Upcoming Party Games You Need To Watch For
Next Empathy: Path of Whispers Review – So Many Feelings
Previous Renowned Explorers: The Emperor’s Challenge DLC Review – Not Just a New Pair of Clothes