Five Upcoming Party Games You Need To Watch For

With E3 in the rearview mirror and the world salivating with anticipation at some of the biggest and most explosive entries in games just a few months away, it can be easy to overlook the little guys. Indie titles will always have an uphill battle, but for some, the hardest kind of game to get behind is a party game. Even calling it that can send some into cringe-worthy preconceived notions of simple kids games with no depth, replay value, or fun. Its high time we shook off that idea and looked at some all-new multiplayer titles announced at E3 that are sure to get your friends excited for a long night of stupid fun. Here are five all-new party games to watch for.

Sometimes the simplest things in life are the best. Burger Time Party has a charming aesthetic as you attempt to make burgers and hot dogs as fast as you can while avoiding the dreaded condiments trying to stop you through relentless pursuit: Pac-Man style. How do you keep them at bay? By spraying pepper in their face of course! With a stage layout reminiscent of classic Donkey Kong, players must stomp across the giant layers of burgers to make them fall to the next floor below until they make a complete burger at the very bottom. Its chaotic, weird, and surprisingly fun with a ton of stages and difficulties to play. It’s a simple game but one that will leave you and your friends with plenty of laughs.

Conceptualized and created by a single developer supported by Natsume, Cosmic Defenders is a kooky co-op game about protecting planets and battling aliens. Players will select one of four elemental characters with varying stats and circle the globe to fight off forces on the ground and in the air. Portals will let you travel between worlds as you work together to keep the various planets safe, protect each planet’s home base, and try not to die in the process. It’s another example of communication much like Lovers in a Dangerous Spacetime where teamwork is essential for progression.

If ever a franchise was perfectly suited to become a frenzied co-op game, Harvest Moon is it! Mad Dash will see players working together on a farm to plant similar crops side by side to grow even bigger before harvesting them. The bigger they grow, the more points your team gets within the time limit. It starts out easy with a few crops at a time but as the game progresses you’ll need to go fishing in ponds, milk cows, and be mindful of environmental hazards. Inspired by the gameplay of Overcooked, if you love the kind of game where each player has a specific job as you sprint around racing the clock, this is definitely going to be a title for you. 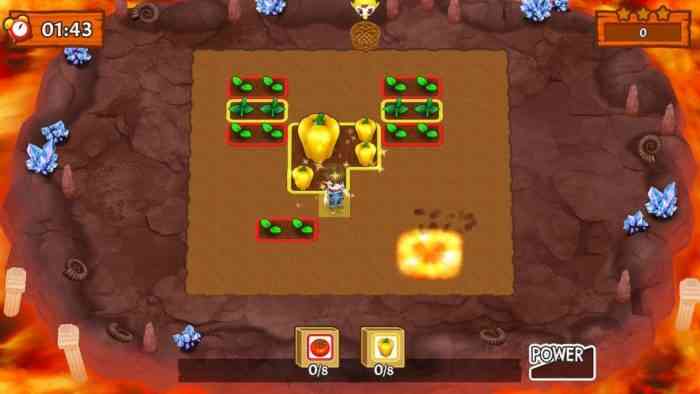 Talk about an overhaul. If we start by completely ignoring the absolutely gorgeous graphics of the latest entry in the Trine series and look at its core what we have is an incredibly versatile puzzle-platformer action game that seamlessly blends not only these concepts together, but the choice of characters as well. Following our merry band of knight, thief, and mage with their various tricks and skills, each character is now their own formidable force in combat and their abilities can be used in dozens of combinations to solve the puzzles of the game. With up to four player co-op, everyone can swap between the various heroes on the fly for some truly chaotic and inspired fun. I have every confidence that Trine 4 is undoubtedly the best entry in the series.

Nominated for one of COGconnected’s Best of E3, Killsquad is a four-player co-op action dungeon crawler about mercenaries taking any job for the right price. The game is built around the idea of working together as a team with each class complimenting the other and experience being shared among the players; that means no one is left behind and the better everyone performs, the more everybody wins. With customizable loadouts, augments, character skins, and a roadmap of new content to keep releasing periodically, it’s a beautiful experience of carnage that is surprisingly accessible to new players who don’t have that much experience with dungeon crawling titles. With a team heavily inspired by Diablo, it’s a game hard to put down.

Are there any hidden gems of multiplayer action you heard about at E3? Let us know on Facebook, Twitter, or the Comments section below.