Shantae: Half-Genie Hero may not be the newest game in the series, but it is considered to be a favorite of the fans. The amount of content that was released post-launch rivals the base game and it is just as charming.

Limited Run Games is putting together the ultimate package for the hardest-core Shantae fans. Shantae: Half-Genie Hero Fan Bundle has an incredible amount of goodies in it, but it has a mighty price tag. For a whopping $356.99, you could be the owner of all sorts of Shantae merchandise. 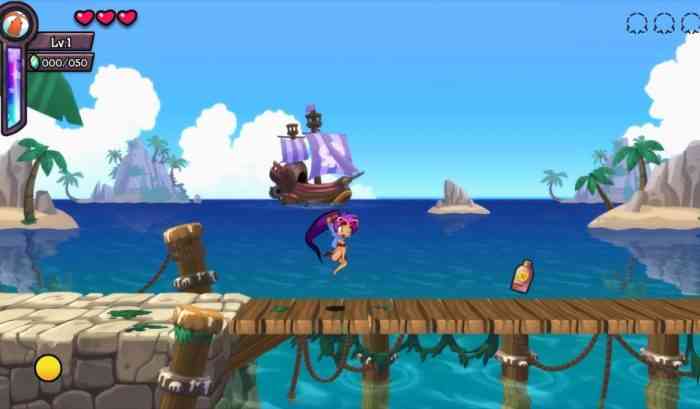 The Fan Bundle comes with Shantae: Half-Genie Hero Ultimate Edition, which contains all the DLC. It also comes with a plush doll of Rotty Tops from Fangamer, a sticker set depicting all the DLC costumes and Risky Boots’ ship, and a trading card set of all your favorite Shantae characters.

Half-Genie Hero game & merch is now available at https://t.co/pZ4fZz2HjE including this awesome new Rottytops plush from our friends at @Fangamer !! pic.twitter.com/gadtqtZaM9

There are also two skateboard decks (one of Shantae in her swimwear and one of Rotty Tops), both come with Shantae grip tape, as well as a Techno Grunt keychain, a POG set, and an acrylic standee of Sky and Shantae riding Wrench. I think that’s everything.

Limited Run Games notes that some of these items are still in the process of being manufactured, so hopefully this bundle will be able to start shipping 4-5 months after purchase. That being said, you can buy your bundle now and get it in time for a late Christmas gift.

Which is your favorite Shantae game? Let us know in the comments below.

Get More Out of The Callisto Protocol Collector’s Edition