Nab Your Favorite Men in Black Aliens in Global Invasion

Men in Black: Global Invasion takes Augmented Reality elements from Niantic’s Pokemon Go mobile game, allowing Men in Black fans to capture their favorite aliens. The location-based game developed by Ludare Games Group tasks agents with capturing a team of aliens to use in turn-based battles. Men in Black: Global Invasion released on iOS and Android in North America and the UK and will be Neuralyzed worldwide next month on both the App Store and the Play Store. 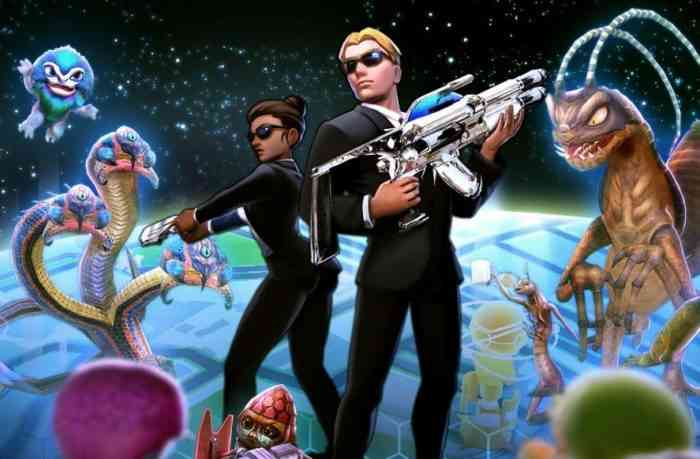 Alien criminals are invading the Earth and Agents must use weapons familiar to the Men in Black franchise to weaken and capture them for use in turn-based battles. As agents capture more aliens and accomplish in-game challenges, they’ll unlock new weapons to help broaden their alien arsenal. A stamina system will hinder the agents’ ability to traverse the real-world map in search of aliens, forcing them to either put their phone down or pay money to continue playing. Agents who pre-register with Men in Black: Global Invasion will be rewarded with in-game content, most notably an epic weapon called the Ionhibitor which is traditionally wielded by Agent K in the Men in Black films.

Despite offering free in-game content now and likely beyond launch through in-game events, Ludare Games Group incorporates typical monetization methods in Men in Black: Global Invasion. The mobile game includes in-app purchases that range in price from $2 to $99.99 with multiple currencies to collect and weapon loot boxes familiar to other mobile games and recent EA and Activision games. We’re curious if this mobile game does better or worse than Jurassic World Alive.

Who are some of your favorite characters and aliens in the Men in Black films? Are you excited to capture some aliens in Men in Black: Global Invasion? Let us know in the comments below!