Battle Royale Gets Another Title With Planetside Arena

After multiple delays, Daybreak Game Company released more details about Planetside Arena including the release date: September 19th. The game will feature three initial character classes, many modes of transportation, increased mobility and combat options for groups of three and twelve to compete in 300-player matches. Daybreak Games gives more of an idea of what to expect from their first year with a detailed roadmap starting with Early Access on Steam. Planetside Arena is expected to launch in the second quarter of 2020 on PC, PS4 and Xbox One at $19.99 for the Recruit Edition and $49.99 for the Legendary Edition. 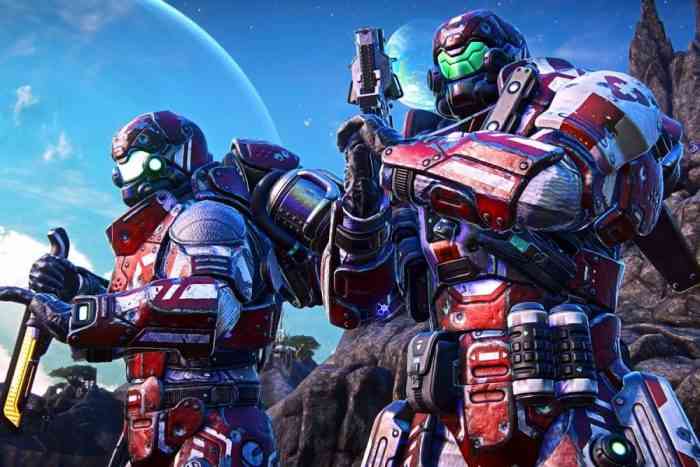 The detailed 2020 roadmap Daybreak Games includes with their Planetside Arena announcement includes squad mode, team mode, tactical loadouts and mod systems during the initial Early Access. Beyond the early access, during the rest of 2019, they’ll be adding Sunderdome mode, Solos mode and holiday events complete with new guns and suit mods. Upon the launch of Planetside Arena on consoles, gamers can expect even more classes alongside a clash mode with its own map.

The outfit system acts as Planetside Arena’s guild system and in 2020, Daybreak Games will be adding outfit versus outfit wars, pitting guilds against each other in large scale combat. Though the Battle Royale genre is getting muddied with several companies forcing it into their games, Planetside is a fitting franchise to receive one given their typically large scale combat. The Legendary Edition of the game will come with the M-20 Tempest skin and Alpha Strike armor for the initial three classes as well as a Recruit Edition key to invite one of your friends.

What weapons did you have the most success with in Planetside 2? Were you expecting Planetside to get in on the Battle Royale genre? Let us know in the comments below!