Call of Duty: Mobile is a Greasy Moneymaker But Enjoyable AF

Hands-on With Call of Duty: Mobile

I’ll be honest here, I don’t know anyone who is interested in a Call of Duty mobile game. At least nobody in my circle of friends, or on my Twitter timeline seem interested. This is not to say a mobile Call of Duty game can’t be half decent or gain a ridiculous amount of downloads. In fact, it should be a cash cow for Activision, but it just seems most console COD fans don’t have any interest in it. Can you blame them? We’ve been down this road before with Wii U and PS Vita versions of the franchise. The reality is stripped back Call of Duty games forced to fit into shitty hardware typically suck. So when I had a chance to check out Call of Duty: Mobile at E3 2019, I was about as excited as I was for my colonoscopy.

To be fair, this is the first time the franchise has jumped into the mobile scene. So expectations should be kept in check. I don’t expect glowing reviews on release, nor should you. Nevertheless, there is something cool about playing some of everyone’s favorite maps, modes, weapons and characters from several franchises, including Black Ops and Modern Warfare, on the go. If it’s done right…

Not surprising, the game is free. So there is absolutely no risk in trying it out. I’ll likely download it, but will I stick around? Maybe. I did enjoy my brief time with it, but I went in with zero expectations. 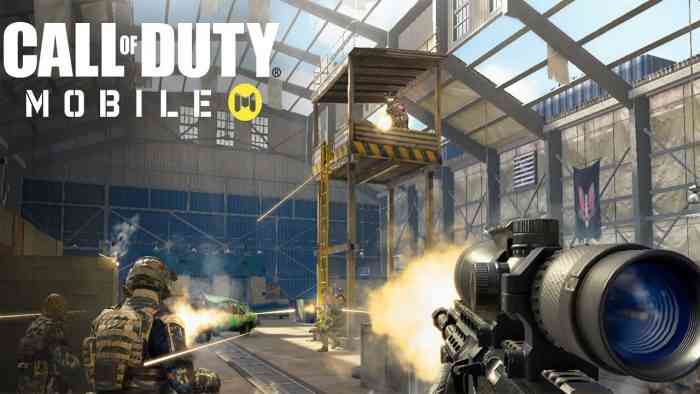 Getting used to the controls on my iPhone took some time. It just feels weird to look around, aim and shoot using my phones touch screen. My first TDM match was rough, to say the least. But after I switched my controls into an auto-aim mode, I was ‘cooking with cheese’. The second game I played resulted in double-digit kills and featured some pretty hysterical moments. We played on the map ‘Hijacked’ which takes placed aboard a fancy yacht. Fans will easily recognize the map right away. The game was quick, enjoyable, featured some killstreaks and I found myself improving the more we played.

Call of Duty: Mobile will be released on both Android and iOS; and developed by Tencent’s Timi studio, who have a decent track record of turning AAA games into digestible mobile experiences. So it’s not all that shocking COD on mobile has turned out alright, so far. It will be soft launching in Beta form in select territories now, while an official worldwide launch date has not been revealed.

The mobile experience will launch with modes: Team Deathmatch, Search and Destroy and Free-For-All. You’ll play maps from the series such as Nuketown, Crash, and Hijacked, to name a few. There will be a progressions system to earn and unlock COD characters, weapons, gear, scorestreaks. That progressions we’ve become accustomed to in Call of Duty will be there. There will even be a Battle Royale mode, because of course.

We never played the Battle Royale mode while at E3 but similar to Blackout it will pull together elements and map locations from across the franchise. The plan is also to make it a 100-man Battle Royale with solos, duos or four-person team. It will also have vehicles as well.

Call of Duty: Mobile won’t exactly reinvent the franchise and I still remain skeptical but my playthrough was more enjoyable than I thought. It remains to be seen how greasy Activision will get with microtransactions but at its core, this is an enjoyable mobile shooter and it could resonate with mobile gamers.

Call of Duty: Vanguard Cheaters Spotted Less Than 48 Hours Into Beta
Next How The Sinking City Redefines Investigation in Games
Previous DC Universe Online Set To Take Over The Switch