Every once in a while a game comes across my desk and after playing it I say to myself, “man I really hope people do some research before they take the $50 dollar plunge and purchase this game”.  Call of Duty: Declassified for the PS Vita is one such game.  It is unfortunate as I had such high expectations hot off the heels of the great Black Ops 2 experience.  More importantly, however, Sony needs a smash hit on the PS Vita given the portable handhelds lackluster sales lately.  So Call of Duty: Declassified could have been the perfect closer to call in at the bottom of the ninth.  Well much like Mitch “The Wild Thing” Williams in the 1993 World Series, Declassified does not “save the day” and frankly Declassified stands as one of the more forgettable Call of Duty experiences in recent memory.

Unlike Black Ops 2, Declassified does not feature a particularly engaging storyline, there is no Zombies mode to be had, and the multiplayer portion of the game is only a shadow of what an online Call of Duty experience is all about.  In terms of the single-player story mode, you get 10-missions out of the box with some cut-scenes intermingled in between each one.  The cut-scenes look good and the game takes place somewhere between the events of Black Ops 1 and 2, but make no bones about it the storyline barely holds a candle to the story in Black Ops 2.  Each mission is timed and will take you anywhere from 3-5 minutes to complete.  It is literally a rush to the finish and at the end of each level you are awarded one to three stars and some XP.  After all is said and done the single player game should take you around an hour which is almost insulting when you consider the price of the game. Yet the bad news does not end here.

Ignoring the weak story, if you are still expecting a Call of Duty-like single-player experience, Declassified is anything but.  The controls just feel awkward.  That smooth run and gun experience we have come to expect is gone.  Instead, it is replaced with some touchscreen controls for launching grenades and using the rear touchpad for aiming your sniper rifle.  Sprinting is done automatically to keep the pace of the game moving.  Shooting and aiming with the trigger buttons is accomplished as it should but moving your character about the various levels never felt “Call of Duty-ish”.  The game just feels overly sensitive and I continually struggled to gain control of my character.  Much like the DS Call of Duty game from last year, the controls just seem thrown together and you never feel like you are playing a Call of Duty branded game. 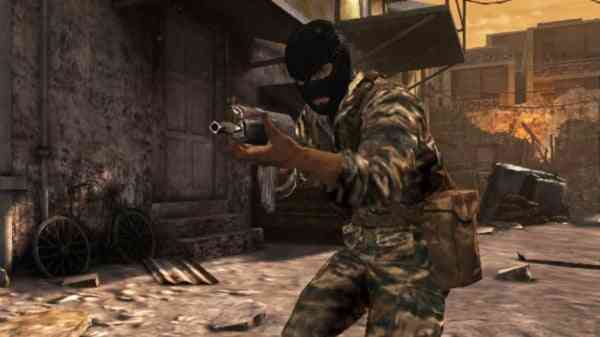 Another frustrating aspect of the single-player campaign is the fact there are no checkpoints.  I understand the missions are short but when you die 4-minutes into a 5-minute campaign, it can be a little frustrating having to go all the way back to the beginning of a level.  This is by no means a deal-breaker but it is all the little annoyances that add up and make Declassified such a disappointment.  I haven’t even mentioned the AI yet but let’s just say they offer up very little in the way of challenging combat and will do some things that will leave you scratching your head.

Declassified also offers up a time trial mode where you navigate your way through an obstacle course much like I had to do when I attended Call of Duty XP last year.  Much like the single player story mode it is nothing original and after you have tried all the levels it gets old really fast.  There is also a Hostiles mode which plays out like Gears of War’s Horde mode.  This mode has become a trend in FPS games of late so it really comes as no surprise we see such a mode here.  You face wave upon wave of enemies and it is here is where I noticed some technical glitches.  In addition to some of the clipping issues, I noticed quite a few enemies get stuck in some of the level’s environments and I also got stuck in one instance as well.

The 8-player multiplayer portion of the game is arguably the best aspect of the game, but that really does not say much.  On top of those finicky controls, finding a game in the last couple of days has become a tedious process.  Not to mention, I cannot count how many times I was bumped from a game for some mysterious reason.  When I actually jumped into a match the glitches were seemingly everywhere.  It really made me wonder if the development team had enough time to work on the game as a whole.  Sure I found some enjoyment to playing half of Nuketown but all in all it is a multiplayer experience is something that I will not return to. 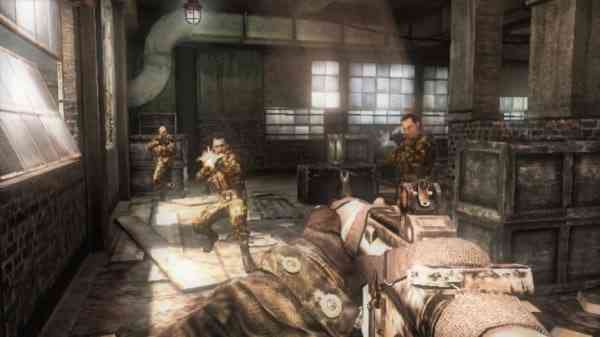 Visually, Declassified is a decent looking game.  It is unfortunate technical and negative issues seem to overshadow a Vita title that can look quite detailed and visually appealing more often than not.  Sound wise, Declassified is satisfactory.  I did hear some familiar tunes from the original Black ops game and the music at times seemed appropriate for the action taking place on the screen.  I was disappointed that the original voice actors for Black Ops did not lend their voices to this game.  Sound effects were about what I expected.

Simply put, Call of Duty: Declassified for the PS Vita is a game you will want to avoid this holiday season. If you are looking for a portable experience worthy of the Call of Duty name you will not find it here. Declassified has very little in the way of redeeming qualities which is unfortunate because this is a massive opportunity lost for Activision, Sony and fans of Call of Duty games.