In recent history Transformers games have suffered the fate of most typical movie-based video games and ended up lost and buried in the vast ocean of mediocre games. Transformers Prime: The Game tries to break this trend, and on the Nintendo Wii nonetheless where games of this nature are “shaky-at-best” ports of other games. They have developed Transformers Prime: The Game specifically for the Nintendo platform. The effort has met with some success, as it is a decent title, even though it has a few flaws here and there.

Transformers Prime: The Game for the Nintendo Wii is a completely new game set within the Transformers Prime universe. The heart of the experience is a campaign mode in a setup meant to act as a stand-alone Transformers Prime story. You play as the Autobots as they intercept Megatron and Company who are in the middle of hauling a giant Dark Energon meteor. During the battle, the Autobots and the meteor are scattered throughout the world. The story follows Jack, Miko and Raf as they locate and attempt to reunite the Autobots as a new threat emerges. Along the way you take control of Optimus Prime, Bulkhead, Bumblebee, Arcee and Ratchet. The game is a fairly linear experience as you move from Point A to Point B in each level, battling everything from Vehicons to Insecticons. Each level finishes off with a boss battle. Here you face off against one of the main Decepticons such as the likes of Starscream, Soundwave, Knock Out and Megatron. During your adventure you also traverse a variety of locales, such as South America, Greece and even on board the Nemesis. The core experience is designed for a younger audience given that it is not a particularly long or difficult game. That being said there is fun to be had for those kids who arefans of the Transformers universe.

Immediately, I noticed that Transformers Prime: The Game suffers from being bound to the Wii. While most functions are tied to buttons, melee combat is fully reliant on the motion sensing ability of the Wii Remote. The motions do not relate to any action your in-game character is performing, it is just a basic up-down swinging motion to launch a physical attack on a target. That isn’t a huge deal; however the fact that there is a pretty discernible lag time before the action registers is a problem as timing is very critical in a fight. The combo system is tied to this and is similarly hard to manage. Different numbers of shakes of the Wii Remote followed by holding A and swinging some more are meant to vary your attack patterns and increase the strength of your attacks. The combat system can be fun, but it doesn’t always turn out the way you want it to. In a fast paced fight precise control of movements can be lost due to the slight lag, leaving you unable to utilize strong hits when you most need them. Following my experience with the Wii Remote, I thought about using a Classic Controller. Unfortunately Transformers Prime: The Game does not support the Classic Controller and being that the motions required to fight do not really add to the immersion it would have been a welcome feature to use it.

Regarding the defensive aspect of combat, players are automatically equipped with a defense shield. The game suggests perfect timing when using it will allow it to act as a counter attack, but I only managed to perform this a few times. Combined with the slight remote lag, performing this counter attack becomes harder than it should be. Transforming your character is performed by hitting the C Button. This gives you more speed and the ability to speed boost. You can also perform a vehicle jump that lets you cover larger distances or get to distant platforms. In vehicle mode you can fire your ranged weapons as well as charge them up for a more powerful blast. You control your vehicle via the thumbstick on the nunchuck. Steering is very loose and it is common to drive off edges and cliffs in narrow areas where precision is needed, which is extremely frustrating. The game offers players both standard or adventuring missions and vehicle-centered sessions. The majority of the levels see you playing as a transformer traveling in a set path. The game blocks your path when an enemy engages you in battle. Generally you move from one blocked off spot to another until you reach the level’s end. Driving levels are just as simple. You’ll have to evade attacks, shoot roadblocks and jump over the occasional hole. Boss fights offer a bit more variety, though you will face most bosses more than once and their patterns are easy to figure out and take advantage of. On the whole, the game clocks in at a disappointingly short 3 hours. Mileage may vary depending on how thorough you want to be with finding the few collectibles there are (usually 1 – 2 per level). A lot of levels feature a good mix of platforming, fighting and driving which helps in keeping the game from feeling stale.

Transformers Prime does include some multiplayer aspects. The game allows you to play against a friend or compete against computer-controlled bots. Three different game modes are available; Brawl, Battle for Energon and Emblem Battle. Brawl is your basic deathmatch where the last man standing is the victor. Battle for Energon requires players to rack up kills in a limited amount of time, the player with the most kills wins. Lastly, Emblem Battle is much like king of the hill where players must take control of an Autobot or Decepticon symbol and try to hold onto it for as long as possible. The Player who manages to hold onto it the longest wins. Although I appreciate the multiplayer effort, it does tend to gets stale quickly and isn’t meant to be a focus considering online play is not supported.

Transformers Prime, the T.V. show, is a great looking animated series. Much like its animated counterpart, Transformers Prime: The Game looks quite attractive. It is clear to me that a lot of time was put in to making sure the character models in the game were as accurate as possible, and in many situations the character models demonstrate a surprising level of quality during gameplay sequences. Unfortunately, due to the Wii’s inability to adequately format its output to a modern HDTV, the game’s many visual details don’t always come out as clear it I’d have liked them too. Character animations are smooth and the transformations look pretty cool. Unfortunately, there are only small variations in enemies you as there are four, maybe five total enemy types besides the boss characters, so you will get pretty tired of seeing the same faces over and over. Environments are, for the most part, very basic. You get the standard spaceship level, ancient ruins, and industrial areas. Nothing really stood out in the environments visually, but nothing hampered my experience with the environment, which is important too. The levels are nicely designed and I found there was a great use of vertical space providing some levels with a grand scale. In the end the game looks great considering it’s a Wii title.

In regards to the audio, Transformers: Prime really shines. The fully voice acted story sounds great, and it really helps in making the game an extension of the show. The game uses the actual voice actors from the animated series. As a whole the voice actors pull their weight and sound good. The sound effects are pulled directly from the show too, along with the music score. The music takes a back seat and is really just around for effect, but it does a great job of fueling the scenes and allows it to feel like a more immersive experience. Overall I found myself to be quite impressed with the audio.

Transformers Prime: The Game is a title that does what its been made for as it is fun to play while being accessible and perfect for the younger audience its intended to entertain.  Although there are flaws in the games design, for dedicated Transformers: Prime followers there is some fun to be had here. At the end of the day, for young fans of the Transformers Prime series this game is a fairly good choice; however, for older fans a weekend rental will probably suffice. 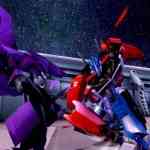 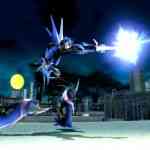 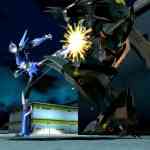 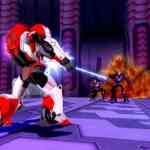 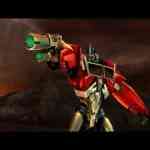 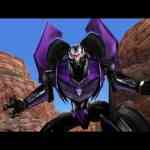 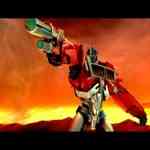 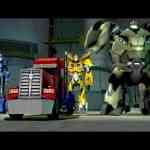 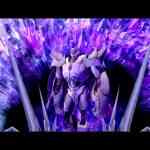 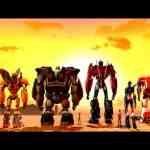