Shantae 5 Is Now Known as Shantae and the Seven Sirens

Previously announced as Shantae 5, WayForward Technologies’ Shantae and the Seven Sirens has been confirmed with new details. The new game uses the old engine but will still feature 4K resolution with hand-painted visuals familiar to the franchise. Shantae continues using magic to transform into various creature forms such as a newt and other aquatic forms. Shantae will also use all-new dance abilities as she traverses a nonlinear, interconnected world in the action-adventure-platformer gameplay fans of the series are familiar with. Shantae and the Seven Sirens releases on Xbox One, PC, PS4, Nintendo Switch and Apple Arcade later this year. 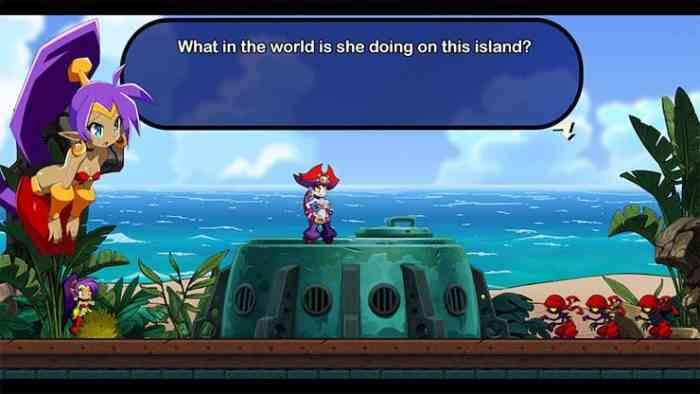 The beautifully animated TV-style cutscenes reminiscent of Shonen Jump or Funimation are back and will play a role in uncovering the mysteries of the towns, labyrinths and bosses gamers will come across in Shantae and the Seven Sirens. Many of the characters from the last Shantae game return such as Rottytops, Sky, Bolo, Risky Boots and more. This is the first Shantae game to feature a collectible card system that allows gamers to augment Shantae’s powers to suit their style of play. The original Shantae released on the Gameboy Color in 2002 and since then, developers at WayForward Technologies have found fun new ways to advance the story while evolving Shantae and other characters in the franchise. This is what we thought of Shantae 5 when it was announced with a teaser trailer back in March. Apparently Shantae and the Seven Sirens picks up right where the last game left off.

We thought that Shantae: Half-Genie Hero was a treat so we’ll definitely be checking out Shantae and the Seven Sirens but what about you? Have you been playing Shantae since the 2002 Gameboy Color game or are you looking to get into the franchise with Seven Sirens? Let us know in the comments below!