“Shake My Hips and Whip My Hair”

Shantae’s popularity has really boomed in the past few years. With the last entry to the series Half-Genie Hero being the most polished and possibly best yet, fans no doubt want even more from Shantae 5. Developer WayForward are expecting to release it sometime this year, but we have not really been shown anything related to it, until now. Teaming up with Studio TRIGGER, WayForward has put out a short video that can only be described as a Shantae 5 anime opening. And it’s got almost everything you would expect from it. 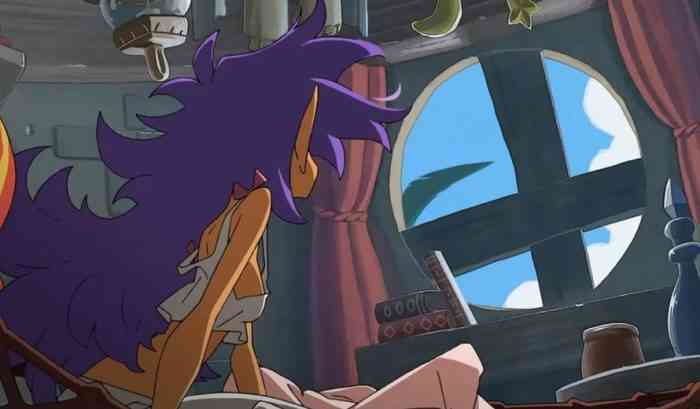 The video starts with ya girl Shantae laying in bed, reluctant to get up, because no teenage anime character wants to get up. She quickly leaps out into Scuttle Town where she confronts her arch nemesis Risky Boots and her Tinkerbat Army. In true anime fashion, the lead character is backed up by her friends when they show off a few frames of their abilities. Sky sics her companion bird, Bolo swings his ball and chain, Rottytops removes her leg and hurls it, and for the first time we see Uncle Mimic in action. He throws down some vials or something, creating a smokescreen from which Shantae jumps out and whips some pirate butt with her hair.

The animation and style seen in the video is very different from the recent games. The smooth curves (of Shantae’s hair!) in the games are a sharp contrast to the straight lines and corners in the anime opening. The video also features new music sung by Christina Vee who voices Shantae and Risky Boots. No release date yet for Shantae 5, but we are expecting a 2019 release.

Did you enjoy the anime opening? Let us know in the comments below.

Meet More Playable Characters in Fire Emblem Warriors: Three Hopes
Next
We Get Our First Look at Kyoko and Misako in the River City Girls Teaser
Previous
G2A Strikes Back Over Fraud Accusations