We’re running out of days in 2022, which means there are fewer and fewer days until River City Girls 2 comes out. It is expected to come out by the end of the year, but there is no exact release date yet.

Time is also running out for the hardcore fans of the series. On October 21st, you will have your final chance to pre-order River City Girls 2 Ultimate Edition. After that, you will only be left with the less expensive version that DOESN’T come all these dope items. 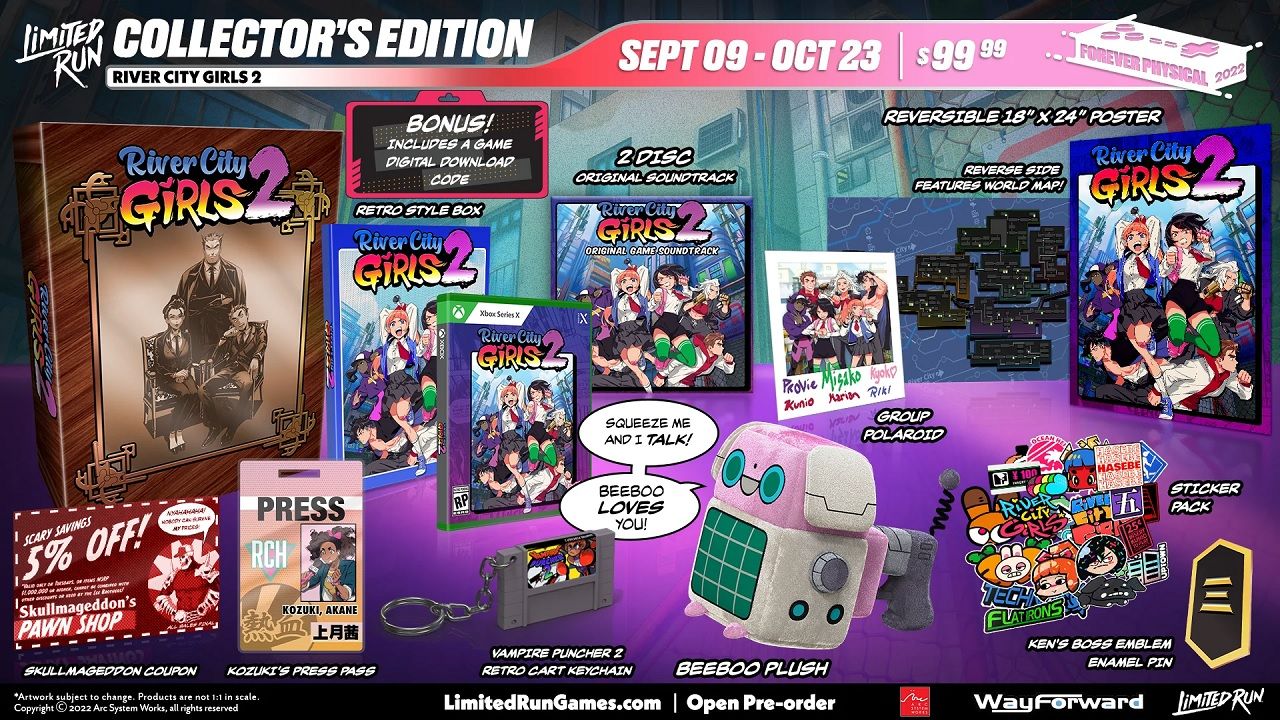 The Ultimate Edition comes with a ton of little collector’s items. There is a Skullmageddon Coupon, Kozuki’s Press Pass, Vampire Puncher 2 Retro Cart Keychain, Group Polaroid of the characters, 2-disc Original Soundtrack, sticker pack, Ken’s Boss Emblem Pin, 18″x24″ Poster with reversable World Map, and a Retro Style Box. It is all packaged in a collector’s box. The big ticket item may very well be the Beeboo Plushie that talks when squeezed.

Take back the streets in River City Girls 2! The physical edition from @LimitedRunGames is available to preorder on Switch, PS4, PS5, and Xbox, in standard, classic, and ultimate editions – but only through this coming Sunday! https://t.co/a4plBtzJXo pic.twitter.com/GzCM4eb7ye

Limited Run Games says that River City Girls 2 Ultimate Edition is an open pre-order. This means that they are not limited to a specific unit number. However, if you are seriously considering this purchase, time is running out.

River City Girls 2 is expected to come out by the end of 2022. We’re just waiting for a solid date. It will be available on PC, PS4, PS5, Xbox One, Xbox Series X|S, and Nintendo Switch.

Will you be getting the Ultimate Edition? Let us know in the comments below.

RWBY: Arrowfell Has a Release Date for This Month
Next
Overwatch 2’s Lucio Has New Skin That Makes Him Easy Prey
Previous
Warhammer 40,000: Darktide Will Have A Pre-Launch Beta Period