The Shantae series, developed by WayForward Technologies, first made its debut back in 2002 on Game Boy Color. The franchise has since then only released Risky’s Revenge in between then and this year’s port of 2014’s Shantae and the Pirate’s Curse, originally available on the Wii U and 3DS. Shantae and the Pirate’s Curse harkens back to past titles through it’s simplistic side-scrolling action and unique art style. Pirate’s Curse tells a tale as old as time with two foes joining forces to defeat evil. While the plot is passable, and the game is consistently hilarious, the cutscenes – with the story told through text bubbles – mess with the overall pace of the game. Having said that, the narrative is stronger on the character side of things, and Shantae goes through an emotional experience throughout.

The core gameplay consists of defeating enemies with abilities and inventory items, along with simple melee hits to send enemies into the downwards abyss of the 2D side-scroller. As the game gets increasingly difficult, I found each encounter to present a puzzle unto itself as I jumped over one enemy’s projectile’s, slammed another, and tried to desperately collect health pickups while having to watch out for the ranged enemy perching on a raised platform. Death results in going back to the previous checkpoint which enabled me to scan the environment again and come up with another attack strategy, similar to a stealth game like Hitman even though the enemies could see me.  This doesn’t work out in boss battles though, and it becomes annoying having to sit through the same dialogue every time you fail. 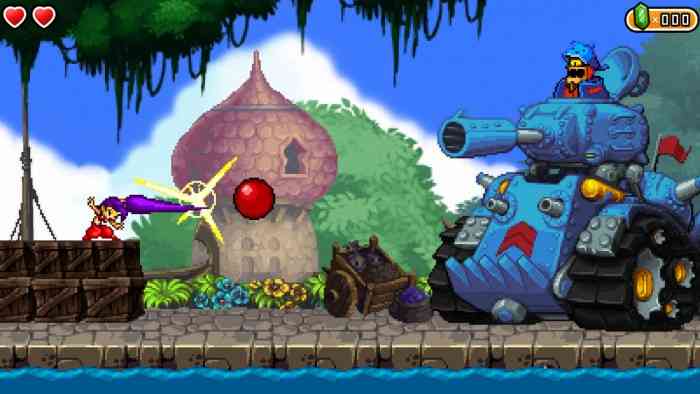 The Metroidvania style of the game didn’t do much for me, as my experiences with the genre are usually with games like Guacamelee that nail the moment-to-moment gameplay. Pirate’s Curse plays fine, but the controls aren’t anything to write home about. The player returns to the hub world of Scuttle Town where you can buy inventory items and boosts with the diamond’s you collect throughout the levels, which I enjoyed as I got to explore more of the games unique environments. Those environments contain all types of enemies that, along with the main protagonists, all have great character designs – my favorite being Shantae’s uncle who looks Doctor Eggman from Sonic. The only problem with the art style and graphics was when it negatively effected my gameplay experience as blurry visuals and non-descript platforms blended in to the backgrounds and non-interactive geometry which is especially problematic when it comes to a platformer.

Fortunately, the entire experience is scored by wonderful tunes from oriental ballads to zippy string compositions that keep you focused on making the perfectly timed leaps and attacks. But a lot like the rest of Pirate’s Curse, the game succeeds and falters in most areas and the music does get repetitive eventually, although the consistency almost allowed me to play the game better. The game also uses the Xbox vibration function quite well and the set pieces going off in the background along with the destructible environments (only by enemies) keep the levels fresh as you loop between combat and platforming. 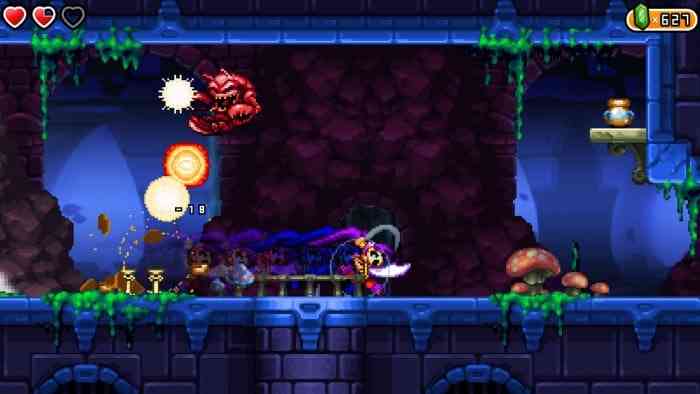 Shantae and the Pirate’s Curse tells an old story wrapped in humor with a cast of character’s you may genuinely feel emotion for. Developer WayForward keeps the combat simple, instead focusing on a variety of ways to tackle encounters and increasingly difficult odds to succeed. I appreciated the old art style, even if it got in the way of platforming at times, and the soundtrack kept me focused in and out of boss battles. Pirate’s Curse succeeds as a solid sidescroller but doesn’t reach the heights of other classic and modern fusions of the genre like Shovel Knight, although is still a thoroughly enjoyable experience if your looking for a sidescroller.

*** Xbox One copy provided by the publisher *** 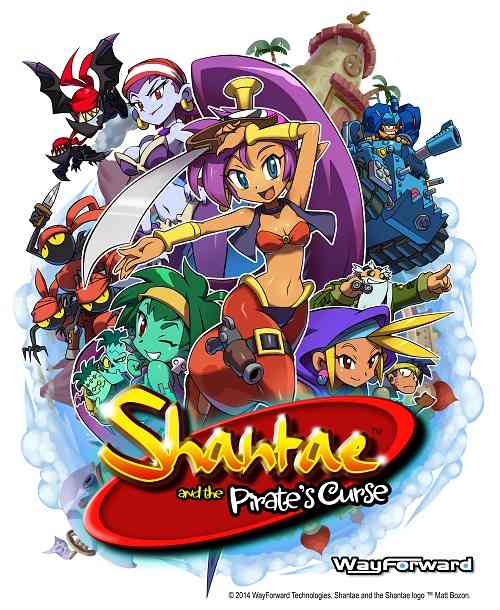