There aren’t a ton of Western anime series, but RWBY is one of the most well known. From the production company Rooster Teeth, RWBY has its own webseries, a chibi series, and a Japanese-made anime adaptation. RWBY: Arrowfell is also coming out later this month for consoles and PC.

RWBY: Arrowfell was announced last summer during Rooster Teeth’s annual RTX. It is being developed by Arc System Works and published by WayForward, the same team behind the Shantae games. The game takes place between Volume 7 and 8 of the series. Volume 9 is currently in production. 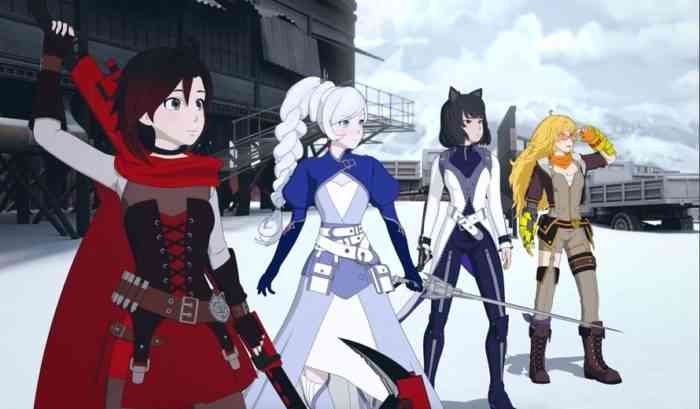 The announcement trailer shows off some gameplay, as well as cutscenes in the style of the anime webseries. Obviously, Team RWBY takes center stage. The trailer breaks down each character’s weapon and Semblance, which is a unique ability each Hunter or Huntress has.

We’re celebrating Ruby’s birthday with some very exciting news. RWBY: Arrowfell is coming to consoles and PC on 11/15! Thanks for the gift @Wayforward! 🌹 pic.twitter.com/351OFKukJS

Ruby’s Semblance allows her to dash, leaving a trail of rose pedals behind her. Wiess can create Glyphs, which she can use as platforms in combat or to traverse. Blake’s Semblance is called Shadow, which creates a decoy of herself. Yang’s Semblance, Burn adds fire damage to her attacks. Each of their weapons are close range, but all have long range capabilities.

RWBY: Arrowfell will be coming out on November 15th for PC, PS4, PS5, Xbox One, Xbox Series X|S, and Nintendo Switch.

Are you going to be playing the new RWBY game? Let us know in the comments below.