RWBY is the American anime webseries by Rooster Teeth Productions. The franchise has dipped its toes into video games on a couple of occasions and your girls are back in RWBY: Arrowfell. It is a side-scrolling, action platformer made by Arc System Works and WayForward, the team behind the Shantae series.

Canonically, Arrowfell takes place between Volume 7 and 8 of the webseries. Team RWBY is in the nation of Atlas on their first official mission as fully fledged Huntresses. The story of the game takes the team on a journey to uncover a conspiracy to endanger the people of Atlas.

As Huntresses, their sworn duty is to protect the people of Remnant from creatures known as Grimm, which take many forms. Team RWBY is Ruby Rose, Wiess Schnee, Blake Belladonna, and Yang Xiao-Long; your playable characters. They, and all other Hunters and Huntresses, have abilities manifested as their Semblance, which gives them unique powers in battle.

Originally a webseries, the larger RWBY series has a large cast of characters, some of which make a return in RWBY: Arrowfell. Along with the main team, General Ironwood, Penny Polendina, and Winter Schnee have their roles reprised by their voice actors. Jeff Williams and Casey Lee Williams, who compose the perform the OSTs for each Volume, also return with a new original song.

Each chapter of the game ends with a cinematic video, animated and fully voiced by the cast and crew from Rooster Teeth. For players not familiar with the series, these short animations give you a taste of what the series is built on. The gameplay runs at 60 FPS, but the cinematics do not. The show itself does not either, but it is kind of jarring to go from the smooth gameplay to not-so-smooth movies.

The voice acting performances during the cinematics are on par with what fans of the webseries are used to. However, the in-game dialogue is not fully voiced. Each line of text is accompanied by a short grunt, “hmmm”, or other exclamation. Knowing that the original voice actors are a part of this game, but not being fully utilized is quite disappointing.

RWBY’s writing is chock full of clever quips and jokes, but they do not come across nearly as entertaining without the voice talents of the cast. This is but one example of RWBY: Arrowfell’s format not living up to potential of the source material. 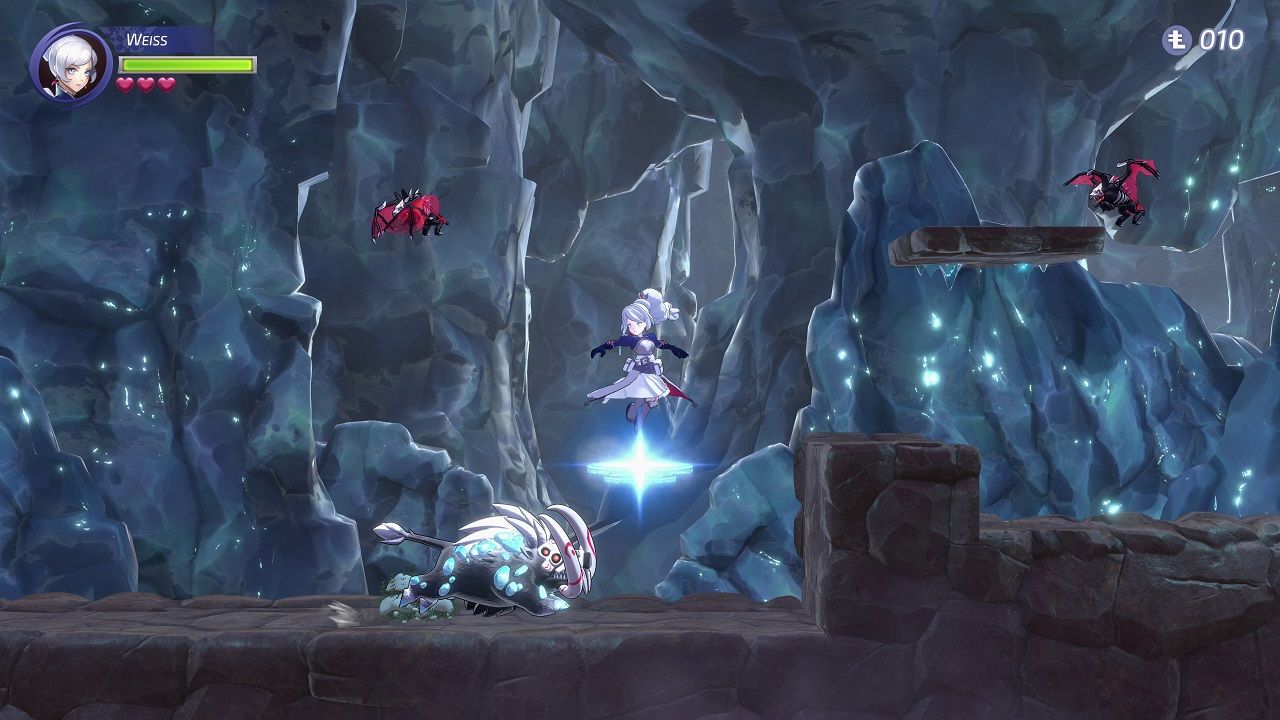 Gamers who have played the Shantae series will sense many similarities in gameplay of RWBY: Arrowfell. They come from the same team after all. Unlike Shantae, the characters and environments are 3D models used in a 2D space. This is also how the show is made. The level design, combat, and progression elements are very similar to Shantae.

Each member of Team RWBY can upgrade their stats. Skill Points are found all over Atlas. You can find them in chests scattered throughout the stages or at the different merchants.

Players can fight and travel as any of Team RWBY at any point. You can cycle through Ruby, Weiss, Blake, and Yang on a dime for whatever the situation or favoritism calls for. They all wield different weapons, which in turn have different attack speeds, power, and range. Each of their weapons also have projectiles, which also have their differences.

As previously mentioned, every character has their Semblance; a unique ability. Ruby can dash a distance, leaving behind a trail of rose petals. Weiss can conjure a Glyph to stand on in mid air. Blake leaves behind a shadowy clone that can draw enemy aggression and sit on pressure plates. Yang can break breakable obstacles.

With the exception of Ruby, each of the Semblances have an offensive aspect, but are not particularly useful in combat. Players will find them most useful when traversing the stages. Each of them are upgradable once, allowing new areas to open up, which adds a light Metroidvania element to the game. 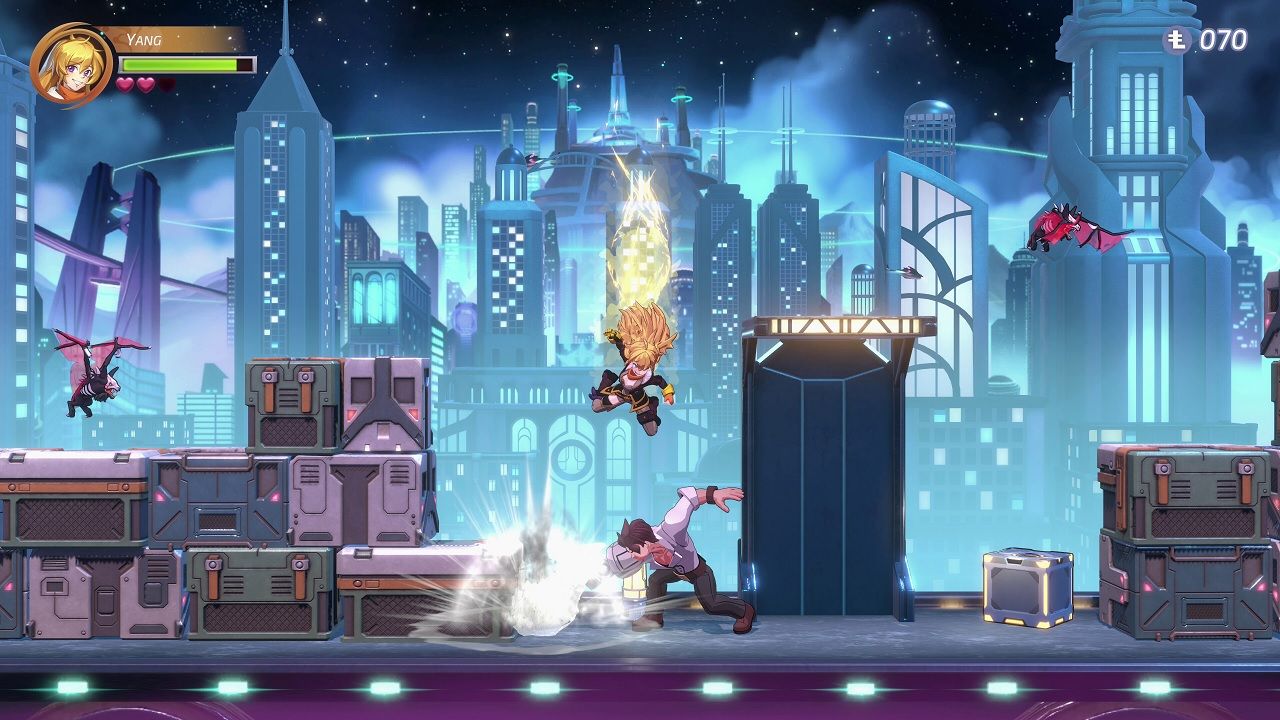 Combat can be frustrating at times. Maybe it’s a skill issue, but maybe not. The enemies come in all kinds of forms and have different attack patterns. This theoretically creates opportunities to diversify combat strategies. However, without gameplay elements like dodging, blocking, countering, or attacking in directions other than left and right, it just doesn’t work very well.

It really just comes down to trying to kill an enemy before they get a chance to attack. Either that or taking a hit and using the I frames to inflict as much damage as you can. To that end, I found myself pooling all my Skill Points into Ruby until she was maxed out, and forcing my way through the game.

Enemies populate nearly every area in RWBY: Arrowfell, but there are certain screens where the player is Ambushed. This is a forced combat section that requires the player to eliminate all enemies before they can move on. Thankfully, you only have to clear each Ambush once.

The health system is… interesting. The player has several hearts, removed upon taking damage. Run out of hearts and you return to your last save. No surprise there. There is also an Energy meter, which acts as a sort of shield before hearts take damage. The thing is, the Energy meter is also consumed when your character uses her projectiles. Using one of your main weapons leaves you vulnerable, so I found that I almost never used it. It was almost like the game did not want me to shoot.

Each chapter concludes with a boss fight. Though they are few and far between, the boss fights are shining points in the combat. Again, like the Shantae series, the bosses do have interesting attack patterns, giving players the opportunity to actually make a strategy and execute it. 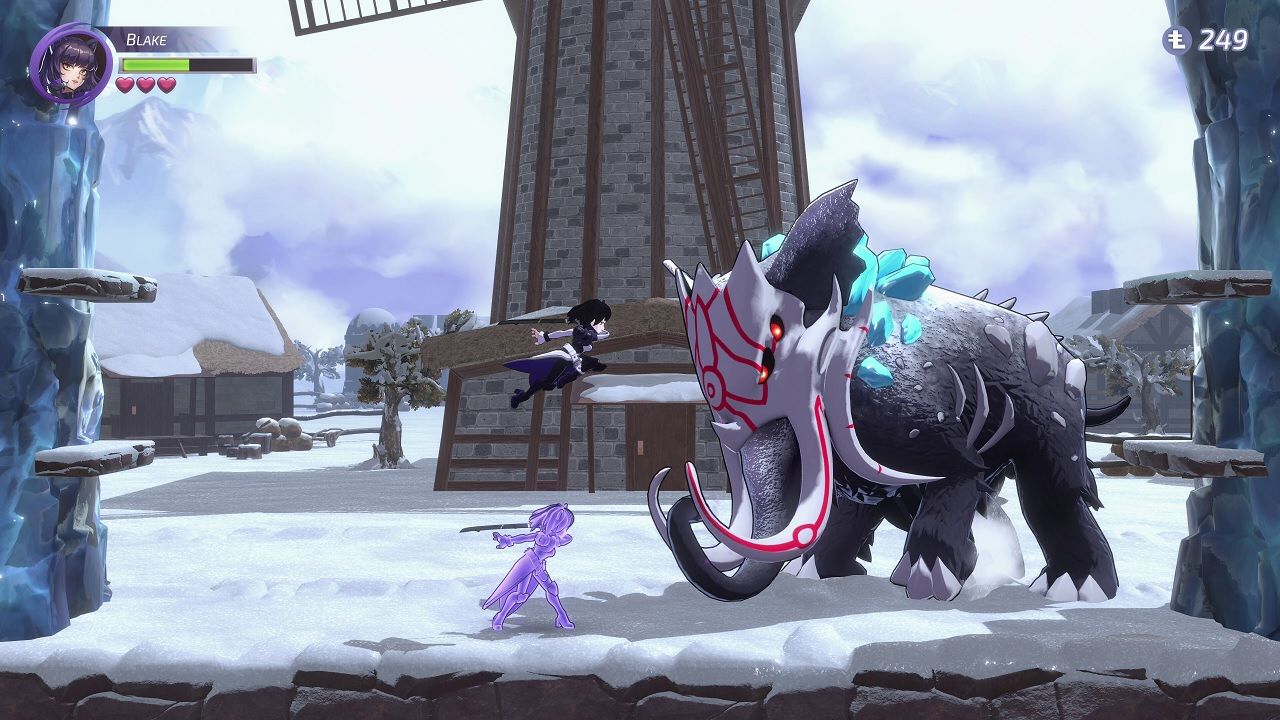 If you are a big fan of webseries, you might be able to get by on the fact that you can play as Team RWBY. Unfortunately, RWBY: Arrowfell does not do justice to the anime. It’s a shame because the show is really cool. The world is really well-crafted and the action visually very interesting. The format of the game just does not lend itself to the series.

***Xbox code was provided by the publisher*** 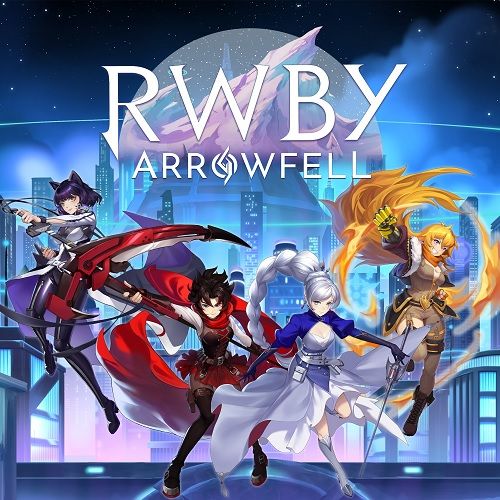