Build Your Own Purple Pirate and Skull Motif Lady

We can always use more Shantae in our lives. Though we may not see the next game for a little while, there is some sweet memorabilia available. From Volks USA, figures from the series can already be purchased and assembled as part of the CharaGumin series. Our half-genie heroine Shantae and the undead drop-dead gorgeous Rottytops are both in the Volks store. Now, Risky Boots is almost here to pillage your wallets. Volks tweeted out their advertisement for Risky. No release details or price, but based on the Shantae and Rotty figures, she will be around $70 and will stand at about six inches tall. 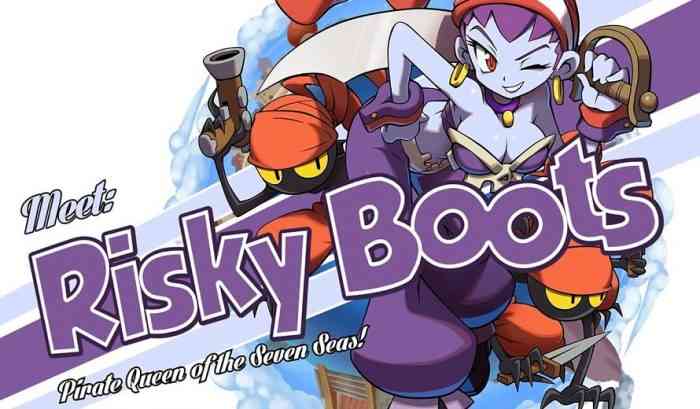 If you are unfamiliar with Volks, they are a hobby company. The figures they sell require some assembly. Not like a LEGO collection, but they require a little more finesse and detail. Their kits have the pieces needing to be cut from their frame and glued together. Volks even sells precision tools for their costumers’ convenience. These tools include brushes, tweezers, pliers, nippers, knives, as well as paints and glues. Some figures, like the Shantae products, come with eye decal stickers, as well.

RiskyBoots is joining Shantae and Rottytops in the figure crew!

As mentioned above, Risky has no release date, but if these figures are up your lane, be sure to keep your eyes peeled. Shantae and Rottytops are $75 and $70, respectively. If you don’t want the pressure of piecing together your favourite Shantae characters, they also have keychains with a wider variety of characters. You can find them all on Volks.

Are CharaGumin figures something you are interested in? Let us know in the comments below.

Shantae and Shovel Knight Joins Blaster Master Zero
Next
Take Your Love of Dogs to an All New Level with Pupperazzi
Previous
Call of Duty: Modern Warfare Will Be Revealed Next Week