Bless Limited Run Games. They take our favorite games and series, and they create amazing collector’s items for them. The most recent Collector’s Editions announced from them are two of the classic Shantae titles; the first Shantae game and Risky’s Revenge. A couple of months ago, WayForward announced that the original Shantae game would be re-released as a playable GameBoy Color cartridge as well as a Nintendo Switch port. Now, we have a look at what comes with those releases. Though WayForward said that the first game would be on Nintendo Switch, we have no word of that port yet. Instead, we are hearing about the second game’s Nintendo Switch port. 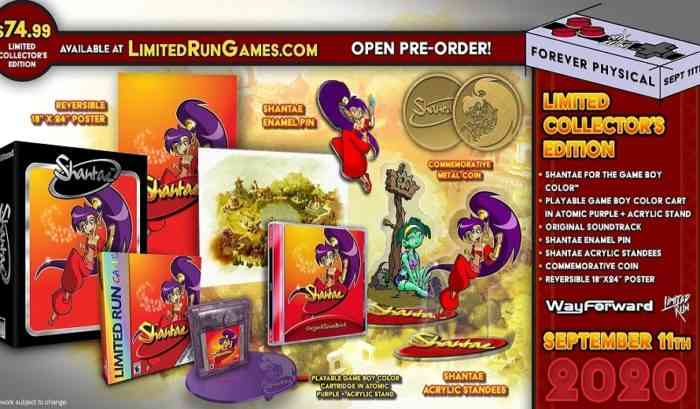 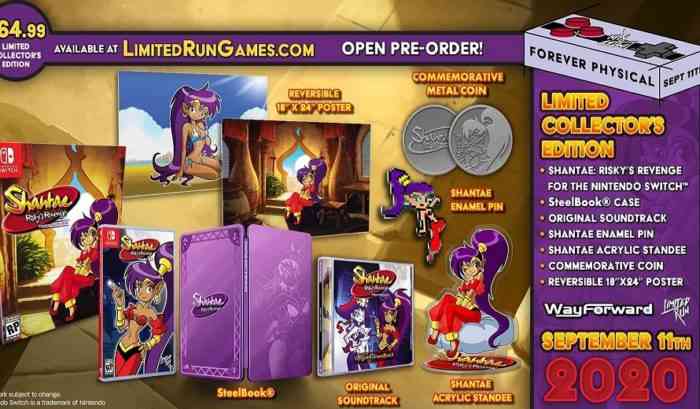 The Collector’s Editions for the GameBoy Color and Nintendo Switch games cost $74.99 and $64.99 respectively. These pre-orders will go active next week on September 11th and will be open until October 9th.

Will you be getting either of these Shantae games’ standard or collector’s editions? Let us know in the comments below.