Hades is a roguelike dungeon crawler developed by Supergiant Games that was one of the earliest games to be a timed exclusive with the Epic Games Store. Apparently the Epic exclusivity has ended because Hades is coming to Steam. The game is currently in early access right now and will launch on Steam on December 10th and fully released on other platforms in 2020. 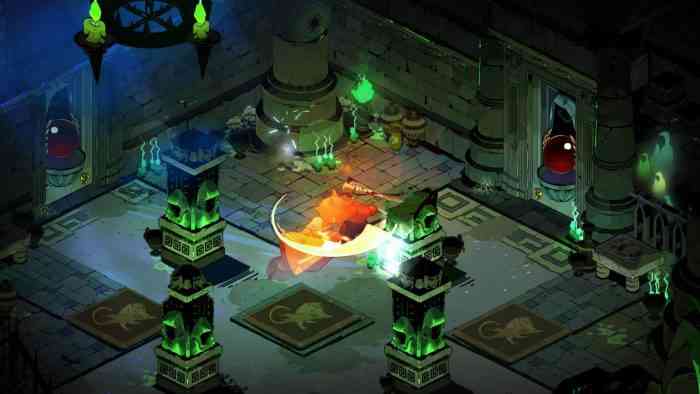 Hades has a focus on replayability with new surprises for gamers each time they delve into the ever-shifting Underworld as the Prince of it. Mythical weapons and powers from Olympus aid gamers in what’s like a mythological Greek Diablo with roguelike elements. Gods and Goddesses such as Athena, Zeus and Poseidon appear throughout the game to aid gamers in combat and progress the story. Other monsters and ghosts familiar to Greek mythology will make appearances and gamers can expect new characters to add the element of surprise.

Hades offers gamers many options with thousands of viable character builds to discover and permanent upgrades to unlock. The game offers various difficulty levels to increase the challenge, but a true challenge would be using one of the nonviable character builds. An item known as the Mirror of Night allows gamers to make the Prince of the Underworld permanently stronger, leading us to think if their name for a rare candy is this cool what’s their name for their version of the infinity gauntlet? The rich art and atmosphere familiar to Supergiant Games is continued throughout Hades with beautiful hand-painted Underworld environments that are complimented by a rich original score.

What are some of your favorite dungeon crawlers? Are you interested in Hades now that their Epic Games Store exclusivity is over? Let us know in the comments below!