The Party-Based RPG Game Arrives Just in Time for Summer

Supergiant, the creators of Transistor and Bastion, just revealed that their upcoming game, Pyre, will be released on July 25, 2017 for PS4 and Steam. Pre-orders are up too with a sweet 10% off its $19.99 retail price. The game looks very different, gameplay-wise, from the studio’s previous two games, but continues using some gorgeous hand-drawn artwork. 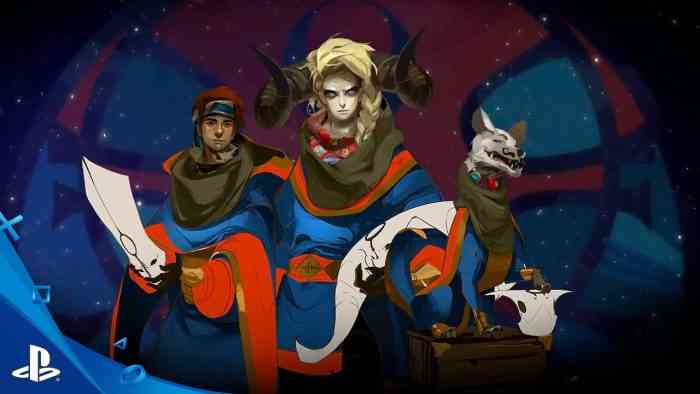 Besides the release date, the studio also wrote a nice recap of the game’s core features too. Rather than the mostly solitary affair of their previous games, Pyre focuses on a party-based sports RPG gameplay, which means plenty of party members to recruit. The majority of the action takes place in the game’s ancient Rites where two teams of three face off to extinguish the other team’s signal flame. Through winning this strange and fierce competition, exiles will be allowed to return to their loved ones. They also note that there is no game over as a lost match still lets the story progress.

The studio has been working on the game for three years, and it is great to see a game studio unafraid to challenge themselves with an entirely new gameplay style for each game so far.  It’s a game that’s been shown off at multiple conventions with a lot of positive feedback surrounding the game. Thus, Pyre looks all set to score another winner for the studio.

Psychological Thriller Loretta Launches In Mid February On PC
Next
Grab the Adult Swim Games Humble Bundle along with Rick and Morty 3D Print Models
Previous
May 30th Xbox Deals with Gold – Save Big on Alien: Isolation, The Division & More