Risk of Rain 2 Review – Improves in Every Way

Risk of Rain 2 continues to combine the gaming genres of roguelike and third-person shooter in a science fiction class-based adventure where gamers uncover the truth of each stage as they explore it while coincidentally looking for a portal to escape the planet to go to the next one. The game starts with one class to choose from called the Commando who’s considered the jack-of-all-trades class that’s reliable in all situations with a Phase Round that pierces through all enemies in a straight line and a Tactical Dive that doubles as a life-saving tool when falling from vast distances. Gamers are spawned into stage 1 as a landing craft crashing onto an alien planet with hostile creatures that follow you in trains similar to Diablo. Ideally, before escaping the first planet, you are able to spend currency gained from killing enemies and opening barrels on items and equipment such as an Energy Drink which increases your run speed, a Foreign Fruit which can heal you in a time of need or the Will-o-the-Wisp which explodes enemies once they die. These upgrades play off each other really well, making me want to find the Will-o-the-Wisp when I find the AtG Missile MK1, for example. This aspect of combining abilities reminds me of Call of Duty zombies where I’d want a certain gun before round five or I’d feel like a failure. 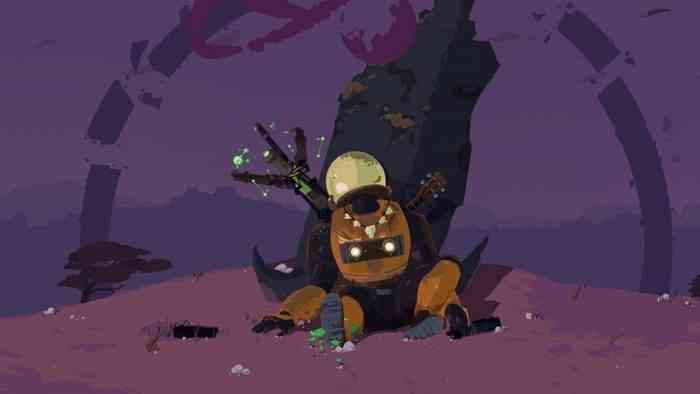 The enemies vary depending on the stage and range in difficulty depending on your chosen mode between Drizzle (easy), Rainstorm (medium) and Monsoon (hard) or how long you stay alive on each stage as the aliens become increasingly difficult with more of them spawning as you scramble to locate the teleporter off the planet. The first planet features flying and burning dinosaur eggs called wisps, glowing pink bi-pedal lizards with laser pistols, giant robots who fire charged laser blasts and one of several bosses that spawn when you finally reach the teleporter. The developers at Hopoo Games make Risk of Rain 2 a fresh experience each time you play it and the replayability increases the further you progress as each planet offers its variables and each stage beyond the first one has the potential of showing you at least two different planets depending on your playthrough. The teleporter location changes on each save too, making things even more difficult. Playing on Drizzle is no joke and there’s no shame in it, but try raising the difficulty to see just how hard the game can be. In the future, gamers will be able to apply artifacts to each playthrough as well, which will increase the difficulty further and presumably add other challenges.

Things Aren’t Always What They Seem in Space

After playing the game enough to pass stage 4, I unlock the Huntress who’s a lightweight archer equipped with the Laser Glaive that bounces between targets and the ability to Blink forward, adding to her mobility. Risk of Rain 2 is a game where mobility is important so I grew to appreciate the Huntress more than the Commando. Her Arrow Rain doesn’t stun enemies, but it does a lot of DPS compared to the Commando’s suppressive fire and the Strafe is a honed shot rather than one you have to aim, which makes killing the pesky wisps a lot easier. With mobility being so essential to the game, I found the sprinting mechanics a little off as performing a skill, including a mobility one such as Blink, stopped a sprint, as does turning too much. This is the only issue that I came across which lessened my immersion in the game and each time I died, I understood how it was my fault rather than a fault in the software. That said, oftentimes I noticed aliens phasing through the ground, particularly the snowy stage 3 called Rallypoint Delta where buffalo bosses wildly charge at you and often right through the map. I did notice a tree on stage 2 Wetland Aspect that I could walk through and hide in and so could the enemy aliens. Testing this was particularly fun as I kited an army of them through it and back, ultimately dying inside the trunk, perhaps fueling the trees continued growth.

At first, it seems like stage 1 alternates between two planets as the aesthetics change depending on your playthrough but after dying and exploring the planet multiple times, it’s really one stage that has a colour pallet swap and different drop zones scattered across the planet. The drop zone varies on each planet, but upon reaching stage 2 multiple times, I noticed that there are alternating maps for each stage once you pass the tutorial level. One version of stage 2 is a lush forest with a swamp while another version is a desolate desert with ancient ruins collapsing onto sand dunes. The only other stage I noticed was reliably the same every time I spawned there like stage 1 was stage 4 which is an inner Earth dark pit where only glowing crystals and flowing magma light your path. The variation between the levels, landing sites and randomized gear makes every playthrough a fun experience and the stage variance actually encourages gamers to progress rather than see how long they can last on one planet. Once gamers complete stage 4, they return back to stage 1 on a harder difficulty with more alien mobs to slay. The true challenge is lasting as long as you can on one stage before escaping to the next one with as many upgrades as you can find.

When It Rains, It Pours

The cell-shaded graphics of Risk of Rain 2 are a nice upgrade from the 8-bit graphics from the original and really compliment the open-world environments the sequel offers. I think the transition into 3D environments works better than initially expected as the original didn’t release that long ago and it is a drastic gameplay change. The musical score of the game would be right at home in Tron and it really matches each of the planets and doesn’t getting old as it loops endlessly while I slay aliens across the various planets. This game requires many attempts at survival before you really even figure it out and every hurdle I overcame felt rewarding. Overall the art of the game complements the gameplay really well. If the music wasn’t good and the visuals weren’t good, it would get extremely taxing as I die and respawn repeatedly in the early stages of figuring out the mechanics of the game. It’s clear that just like the original, Risk of Rain 2 is a labor of love and if you’re a gamer who likes supporting independent titles, this is a great one to pick up. Risk of Rain 2 is available now on Nintendo Switch, PC, Xbox One and PS4. 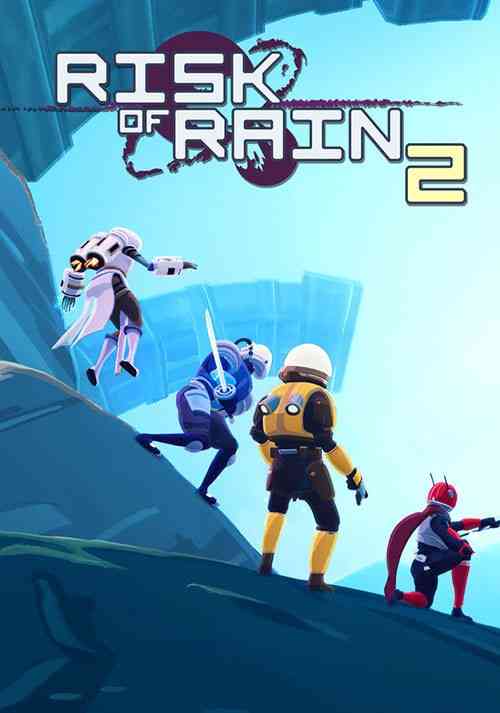 Dungeon and Gravestone Review – Please Sir, May I Have Another
Next The Sinking City (Switch) Review – Let This One Sink
Previous Daymare 1998 Review – Nostalgic As Hell But Lacking Polish