Homeworld 3 is a space RTS developed by Blackbird Interactive and published by Gearbox Publishers. The game is currently available on Fig for pre-ordering more than it is for crowdfunding as the game has a symbolic goal of one dollar set so fans can be included in the development process of the game. Homeworld 3 is currently expected to be available on PC and Mac during the fourth quarter of 2022. The game has only been in pre-production for a few months so the date is subject to change as development doesn’t always go as expected and Blackbird Interactive intends to keep fans in the loop on the development of the game. 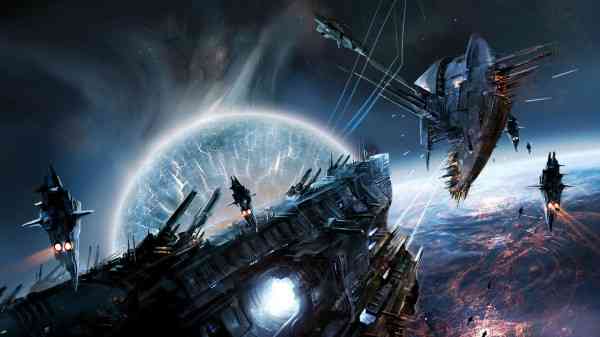 CEO of Blackbird Interactive, Rob Cunningham said the game “will capture the mood and tone of (the original) Homeworld and deliver it in an exactly expected and juicy, lovely way,” during PAX West. People who pre-order Homeworld 3 on Fig, apparently they’ll receive some collectibles and the potential for a financial return on their investment. Head of Gearbox Publishing, Steve Gibson said, “it’s a unique experience that only Fig can offer and we’re excited for the most open development process in both Blackbird’s and Gearbox’s history.”

Feel free to check out our Homeworld reviews as we really enjoyed the story of Homeworld: Deserts of Kharak in addition to the expert design and were impressed by the visual upgrades made to the Homeworld games in the Remastered Collection. Though the release date is currently set for 2022, we’re looking forward to seeing what the latest installment has in story for fans of the intergalactic RTS franchise like us.

Did you get into the Homeworld series during its twenty years of life so far? What’s your favorite part of the epic story? Let us know in the comments below!


CastleStorm II is a Riotous Good Time & Delivered With Love

Starship Troopers Getting An RTS Game
Next
Microsoft Gave No Creative Input on Gears 5
Previous
Bulletstorm: Duke of Switch Edition Shadowdrops on the Nintendo eShop