Bulletstorm: Duke of Switch Edition Shadowdrops on the Nintendo eShop

The announcement that Bulletstorm was coming to the Switch was made at PAX East earlier this year. It is only fitting that the release coincided with PAX West. That’s right, Bulletstorm: Duke of Switch Edition is available right now. The only warning we got was the announcement that it was going to exist, then Boom! Here it is; shadowdropped on the Nintendo eShop. It was released yesterday, only without the fanfare and attention that Duke Nukem loves. 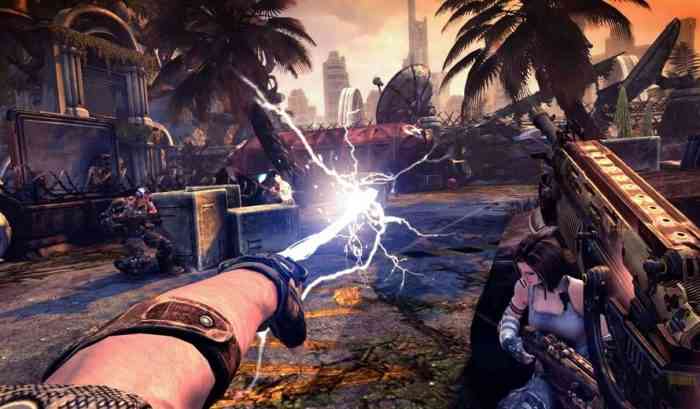 The Duke of Switch Edition is really just Bulletstorm: Full Clip Edition bundled with the Duke Nukem’s Bulletstorm Tour DLC. It has the same remastered look as the PS4 and Xbox One edition, but at a lower resolution. The game requires 9.4 GB of storage room. For essentially a remaster, the game is a bit pricey. It costs $39.99 CAD on Nintendo’s website and can currently only be purchased digitally. Compared to the PS4 and Xbox One editions, which are somewhere in the low to mid $20 ranges, you may want to think about this purchase before any excitement gets the better of you.

Still, if you’ve held of on Bulletstorm until this moment, you may want to finally check it out. Bulletstorm: Duke of Switch Edition came out on August 30th on the Nintendo Switch.

Will you be picking up Bulletstorm on the Switch? Let us know in the comments below.