The Borderlands series has been quite for a few years. Ever since the last of the Borderlands 3 DLC, the series shifted more towards the Tiny Tina’s Wonderlands spin-off. Earlier today, we were teased with a new Borderlands title, which might be the follow-up to Tales from the Borderlands.

Geoff Keighley and Gearbox tweeted out an image of three silhouettes. While neither specifically said that this was indeed a Tales from the Borderlands post, Gearbox did say that a reveal would come during the summer, and here we are. 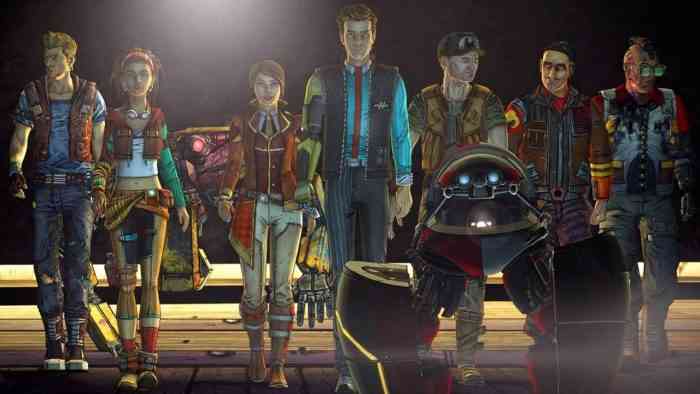 2K recently reacquired the license to the series last year and the game was ported to the Nintendo Switch. No that Telltale Games is out of the picture, the new Tales from the Borderlands game will be developed by Gearbox.

Leaks have indicated that the sequel will be released on October 21st. Being three months away, you should probably remain skeptical. The same leak also detailed pieces of the plot and suggested that it will follow a brand new group of characters.

The new Tales from the Borderlands will be revealed at Gamescom’s Opening Night Live event. The opening night will be taking place tomorrow and will feature an in-person event in Germany. Hopefully, we will be learning some details of the game’s release, like supporting platforms and release date.

Will you be watching Gamescom 2022? Let us know in the comments below.

Dave the Diver Splashing Into Gamescom 2022
Next
Nuclear Blaze Is Coming to Console Early Next Year
Previous
Kena: Bridge of Spirits Crosses to Steam With Anniversary Update