Last year, Nuclear Blaze came out, exclusively on PC. It was made by Deepnight Games, who is lead by the creator of Dead Cells. Earlier today, the publisher Red Art Games announced that the game will be coming to consoles in early 2023.

Red Art Games is heading to Gamescom 2022 in Germany, which begins tomorrow. The event will be in-person, as well as livestreamed for viewers around the world. On the show floor, attendees will be able to play an early build of Nuclear Blaze’s console version. 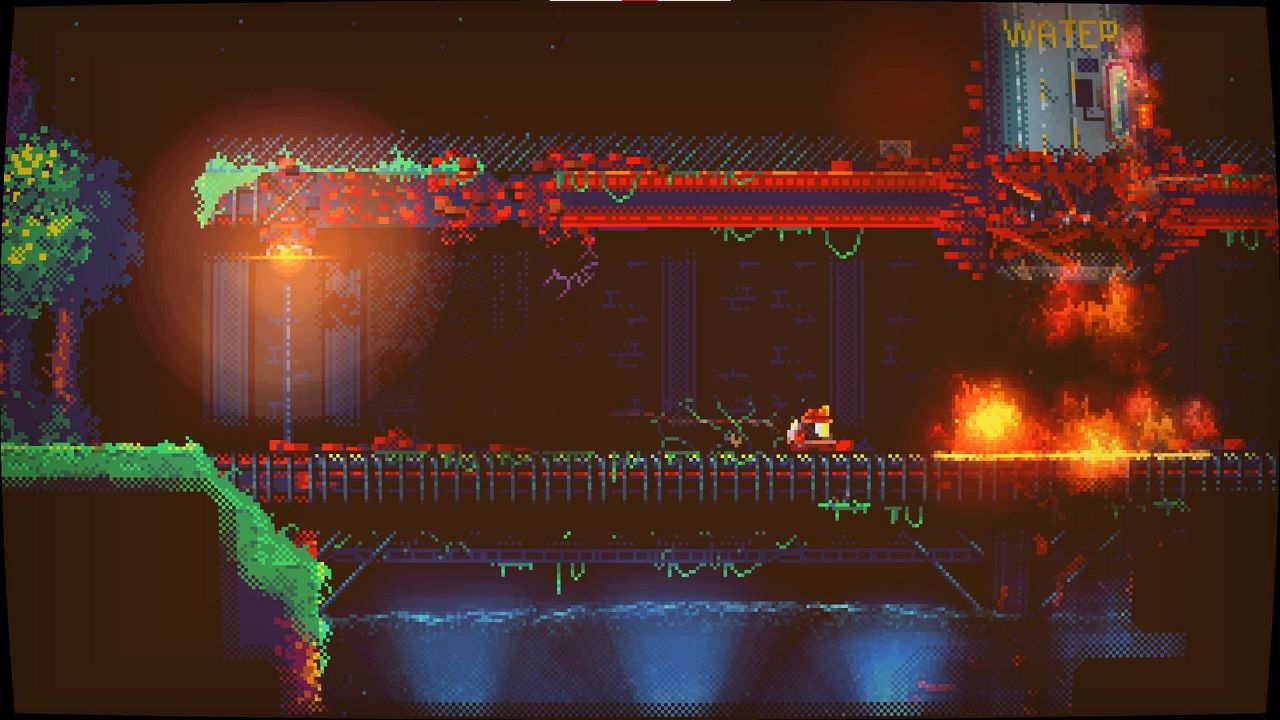 If you have not seen or played this game, Nuclear Blaze is a 2D side-scroller with firefighting action. The player fights their way through burning environments, putting out fires to progress. There are a number of ways to extinguish fires, such as using your hose and finding sprinkler systems in the level.

🚒From the creator of Dead Cells, @deepnightfr, Nuclear Blaze is an action-packed 2D firefighting game!

There is also a neat feature called called Kid Mode. This is for gamers who have small children or who are small children. It is designed with infinite water for your hose, simplified controls,  and no death. There are also a lot more trucks and helicopters, because kids like that stuff.

Right now, Nuclear Blaze is out only on PC. In early 2023, it will be coming out on PS4, Xbox One, and Nintendo Switch.

Will you be checking out Gamescom 2022? Let us know in the comments below.