All In! Games Has Announced That Fort Triumph, a Fantasy Turn-Based Tactics Game Is Now Available On Consoles

All In! Games is a video game publisher based in Poland that has been involved in a wide array of games including The Four Kingdoms, Chernobylite and Paradise Lost. They have partnered with Cookiebyte Entertainment to release Fort Triumph, a fantasy-themed turn-based tactics game that first premiered on PC in 2020. The company has announced that Fort Triumph is now available on consoles, namely the Nintendo Switch, Xbox One and PlayStation 4, with backwards compatibility on the PlayStation 5 and Xbox Series X/S.

The console version of the game will be available for USD$19.99. The company shared some love for PC gamers as well as the game is now at a reduced price on Steam and GOG going from USD$24.99 to USD$19.99. The game is set to release on the Epic Games Store later this month. 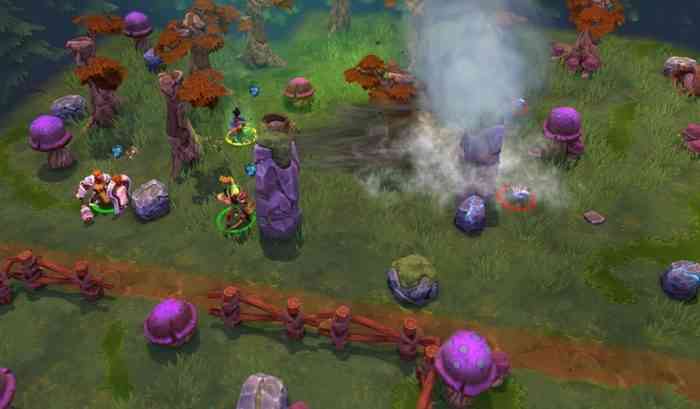 Adam Zeira of Cookiebyte Entertainment spoke on the vision for Fort Triumph, stating, “We love turned-based games and thought, ‘what better way to honor the genre than to create a game that marries the strategic elements of XCOM and the iconic features of HOMM…Although the core of the game is based on a few familiar concepts, we took things up a notch by adding a tactical layer to environmental interactions, and the possibility for players to manipulate their surroundings.”

In Fort Triumph, players can decide what level of challenge they want to face, explore various worlds, collect artifacts, upgrade and improve their heroes and abilities and use cool tactics to win battles!

Fort Triumph was described as a light and breezy turn-based tactical game with great environmental effects with some humor mixed into it. Fans can check out the review here.

Did you ever try Fort Triumph? Will you try it for its console launch on PlayStation, Switch and Xbox One? Let us know in the comments below or on Twitter and Facebook.