Sometimes it’s obvious that a game just rocks. Today Funcom and developer The Outsiders are happy to announce that their upcoming game, Metal Hellsinger, has won the “Most Wanted PC Game” award at Gamescom 2022. Gamescom is proving to be a rocking spot with Metal Hellsinger also giving some of their bands a chance to perform, occupying the entirety of Hall 6. A press release provides more details. Additionally, a new trailer highlights the game’s Razer Chroma Integration. 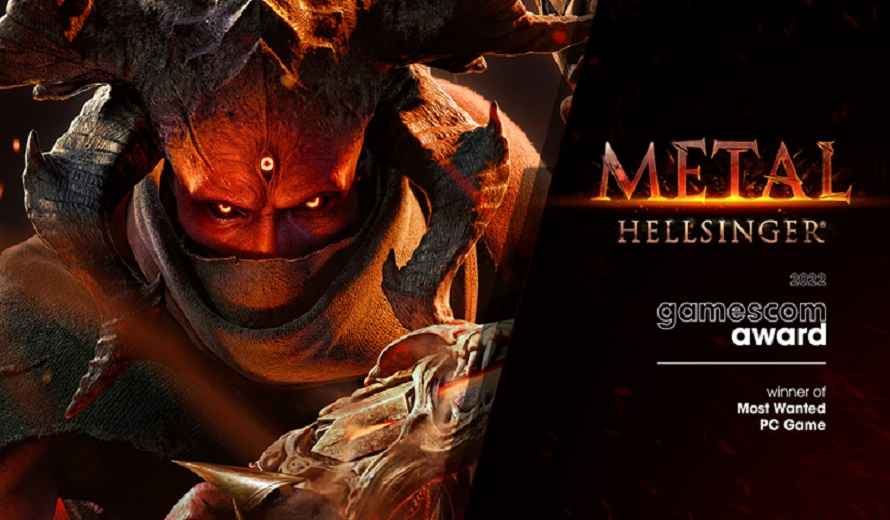 Metal: Hellsinger introduces players to a rhythmic shooter set in hell itself. Using an arsenal of six different weapons players will shoot, dash, and rock out, killing enemies to the beat. Of course defeating enemies in time increases your power and lets you rip and tear through the levels of hell. Obviously the game couldn’t hold the title of Metal without including some legendary tunes. Metal: Hellsinger features voices from Alissa White-Gluz (Arch Enemy), to Randy Blythe (Lamb of God), and Serj Tankian (System of a Down).

Excitedly, The Outsiders are also happy to reveal the Razer Chroma Integration coming with the game. Of course, this means that players can sync their lights to the sound of the game. This means every beat can light up the room. Players can check this interaction out in the new trailer that shows off the integration.

Metal Hellsinger is featuring a demo anyone at Gamescom in Hall 7. Additionally a free demo is available  for free on Steam, PlayStation 5, and Xbox X|S currently. So, are you ready for a hell of a rocking time?