The first Homeworld game came out in 1999. Not terribly long ago in the large scheme of things. Except in the electron fast world of video games where gaming time periods are measured in single digit year time spans in contrast to geological periods which last millennia and stay fairly static. Homeworld is a real time space strategy game that uses not just the X and Y planes of movement but the Z plane too. The inclusion of this third plane not only added depth to the possible locations of objects but to the gameplay and strategy as well. Think of Kirk in the Mutara Nebula from the Wrath of Khan trying to fathom Khan’s next move. Spock replies that Khan is intelligent but inexperienced to which Kirk orders the Enterprise to descend several thousand metres.

The sparse look of the original game overcame graphical limitations of the time and won fans over with its in-game movie engine that provides the framework for the story. Through the use of narration, voice work, and orchestral soundtrack, Homeworld circumvented the need for flashy graphics to draw the player into the story. It’s an amazing accomplishment especially considering that the story is told at a macro level. There are no individual characters to follow here. This is a story told on an epic scale and concerns are on the racial level of extinction. 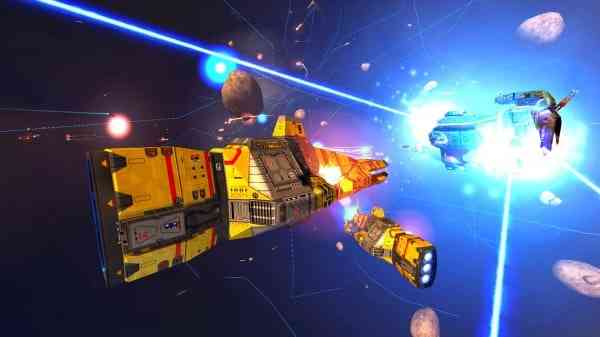 “Through the use of narration, voice work, and orchestral soundtrack, Homeworld circumvented the need for flashy graphics to draw the player into the story.”

For Homeworld neophytes the story is briefly as follows. On a Dune like planet called Kharak, a race of people known as the Kushan have eked out a life in the polar regions. A lack of resources has hampered development until the discovery of a crashed starship in one of the large desert regions. This discovery kick starts the Kushan’s because they discover the secret of interstellar travel and a galactic map revealing the way to a mythical system located at the center of the universe known as Hiigara or “Home.” United, the Kushan’s pool their resources over the next hundred years or so to build a mothership to journey to Home. One of the few identified characters – a scientist, Karan S’jet – is integrated into the Mother Ship’s control systems and becomes known as Fleet Command. The first hyperspace jump proves tragic as it attracts an enemy fleet of raiders who leave Kushan lifeless. The Mothership has no choice but to flee and embarks on its journey. What follows then is a familiar tale of conflict and a game of hide and seek as the Kushan push to find their Home world. Echoes of Battlestar Galactica ring strong through the storyline

It is all heady and engaging stuff because of how the voice and art work along with the wonderful orchestral score builds. A well-deserved shout to the now defunct Vancouver based studio – Relic Entertainment creators of the original games – for being able to forge such strong powerful emotional bonds for the players even before they start playing the game.

As to the gameplay itself, one can choose between the fleeing Kushans or the raiding Taiiban Empire. Each side is arrayed with a different selection of ships, weapons, etc which allow for differing strategies and deployments at the micro level but when taken in totality both sides match up evenly.  There are 16 missions in the first game; each with a set of required objectives that must be met. The objectives are the same no matter which race the player chooses to play. What raises the stakes of the missions are combat results are persistent.  Lost ships do not reappear in subsequent ones. Obviously losing a large cruiser has serious implications going forward. 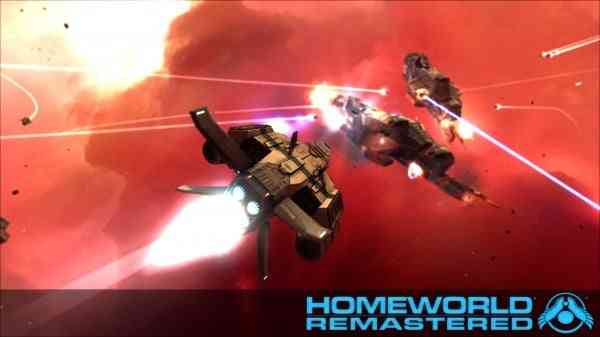 “What raises the stakes of the missions are combat results are persistent.  Lost ships do not reappear in subsequent ones.”

The introduction of a third dimension does bring a new level of strategy to the game but its impact is muted because space is well, space. Meaning it’s pretty empty so the added element of terrain elevation in space is nowhere as important as it would be in ground space scenarios despite the inclusion of asteroid belts, interstellar dust clouds and radiation fields. Choke points don’t come into play as much unless a player establishes them via mine laying craft. Homeworld employs resource gathering via asteroids and harvesting dust clouds to power the fleets.

A mission ends at the player’s discretion dependent on the mandatory objectives being completed. The player may continue to harvest resources after completing the main objectives or complete some or all of the optional objectives. All resources are carried forward to the next mission which the player is whisked to once they enter the Hyperspace command.

The interface works from a toolbar that can be hidden. With it the player controls fleet movements, attack and defensive formations, navigation etc. Unit control is initiated by a right mouse click either on a target or waypoint set in space. Doing so switches the view from a real time view of space to a map view. This handles movement on the horizontal plane. Vertical climbs or dives are plotted via the left mouse button. The whole menu design of the game is pretty clean with easy to understand icons representing the submenus. The sparse menu design is both a blessing and a curse. It keeps the screen from getting too cluttered but to fully capitalize on the 3D aspect of the game, one is going to need to learn some of the hotkeys. 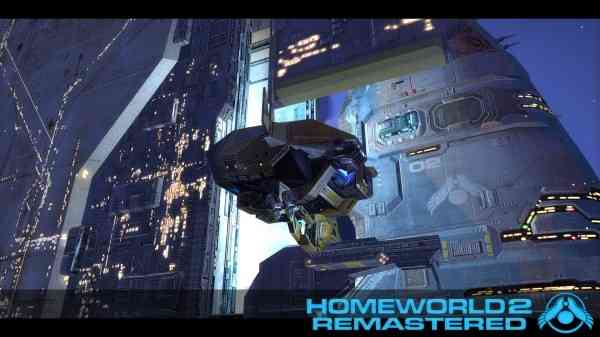 “The glorious visuals and soundtrack make one feel like they are redirecting an episode of the recent Battlestar Galatica reboot.”

How involved the player wants to be in managing their fleet is up to them. Left to their own devices, ships do yeoman’s service attacking other ships of like type. But to maximize one’s performance, player management is definitely needed. It is tempting to sit back and watch the action as the updated graphics make for beautiful battle displays. One is almost tempted to fire up Handel’s Overture ‘Royal Fireworks’ and sit back and watch the pyrotechnics.

Homeworld Remastered contains both original and remastered versions of the first game and sequel. Some gameplay mechanics from the sequel have been integrated into the first game to improve gameplay but the remastered version has some failings that will frustrate expert players of the game. Formations are broken. Ships will initiate dictated actions in the specified formation but once combat begins they break apart. Pathfinding A.I. is no way optimal either which makes some of the more difficult missions even harder. Hopefully Gearbox Software is tabulating feedback and will issue bug fixes down the road.

Overall though, the game is still a blast to play. The glorious visuals and soundtrack make one feel like they are redirecting an episode of the recent Battlestar Galatica reboot. Homeworld is a unique game in the space combat genre and with this Remastered version, Gearbox has proven that you can go back home again.

*** Reviewed with code provided by the publisher ***