Dynasty Warriors 8 Empires Review – Not the Best in the Series, but Still Good Enough for Fans

I have always loved strategy games, from Military Madness to Right fire, these types of games have been one of my genres of choice. Even as simple as these older games may have been, they all shared a common thread; they were all fun. The thought that can go into playing them is quite rewarding too and for me nothing beats that final move that takes you to the side of victory or the agony of defeat. Not to say that new strategy games are not fun, but they are in my opinion somewhat cluttered and extremely busy. I had the opportunity to review KOEI TECMO’s latest game, Dynasty Warrior 8 Empires.  It’s a game that falls into the long running Dynasty Warrior franchise. Empires is developed by Omega Force who are well known for working on games like Samurai Warriors, Warriors Orochi, Fist of the North Star, Hyrule Warrior and of course other Dynasty Warriors games.

Empires picks up from Dynasty Warriors 8, a standard hack and slash strategy game but with key elements added. The game’s roots haven’t changed but there is more influence on the strategies of war and peace; and pretty much everything in between.  The most notable addition is the introduction of Instant bases.  Here you can build bases in open areas that allow you to “experience the tactical back and forth nature or attacking and defending bases across the map”.  In essence this allows the strategic aspect of planning and monitoring to really shine, as not only do you need to consider when and how to attack your enemy, but the need to defend your own bases more than in the past.  Having to manage the structures across the map was a relatively good addition to the game.  Finally, you’ll notice how much the time of day or weather you are battling in affects your experience.  From hiding the in the darkness to using the sound of the wind to drown out your footsteps, the fact that the time was taken to consider this is pretty darn remarkable and it can change up your approach prior to attacking your enemy.

You can engage in several historic battles controlling massive armies and you can also insert yourself into custom scenarios featuring your own created monarch. You will have to manage all aspects of war including rest for your troops, finances, and munitions to name a few. While managing can be a daunting task, I found the war council menu pretty easy to navigate, for newbie’s though the sheer amount of things to address is mind boggling, at least it was for me for a time. I got used to how to move my armies around and what to fortify and when, the learning curve was steep. Personally I had the most fun in the building mode (called Edit Mode), creating everything from custom soldiers to my own scenarios; it is by far the most rewarding mode as you can really see progress through your ranks. 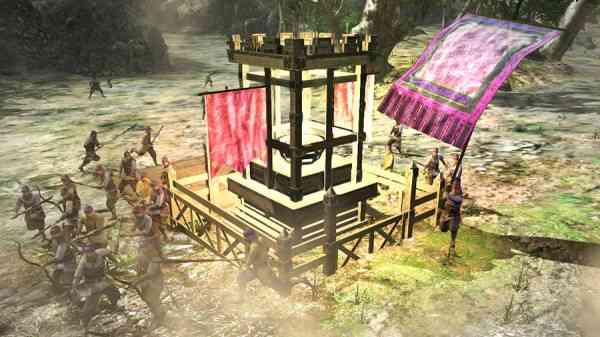 Longtime fans of the series will find their staple frenetic beat’em up gameplay, which is fun for a bit of time but it can get a bit repetitious over long periods. I often found myself wondering “what am I doing here” as it started to get somewhat ‘stale’ in this area. I must admit the battles can be extremely satisfying when they are fresh, especially if you have a really high end army and general who can dole out some fierce destruction. I loved the chaining of attacks that would literally rip up soldiers with each swipe of a weapon.

When playing I was disappointed to find a couple of glitches in terms of the A.I. In some battles I would find a group of opposing army soldiers hanging out in corners or alcoves. Some would do little circles and no matter what I did they would not come out of their spinning comas. I also found times where the A.I. was running and as if by magic they suddenly disappeared into thin air. At first I chalked these types of instances to the category of the odd in-game odd glitch; however, they continued to happen with fair amount of frequency as almost every battle had an issue of some kind. The issues doe not take away from the gameplay overall but they can result in you breaking a combo-chain as you cannot hit your enemy which can be a bit disappointing, especially for those wanting to master this area of the game.

The controls for Empires are fairly straightforward, well laid out and easy to learn. Of course I button mashed my way along until I found my way so to speak and got accustomed to the button presses.  This took about 30 minutes or so of game time before I found my place. 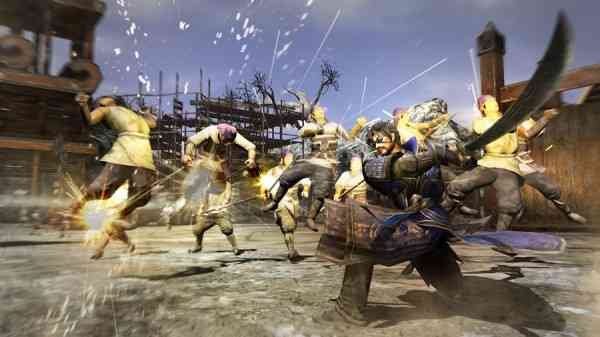 On the visual front the series moves to the new batch of current-gen consoles for the first time, with an expected bump in graphical splendor. Unfortunately I came away a little underwhelmed. Sure, a lot can go on the screen at once, and there are some pretty visual effects, but I found a whole host of issues with sub-par textures, frequent clipping, and frame rate slowdown. The texture pop-in was the most noticeable rearing its ugly head virtually at every turn, in fact I found whole armies popping into the scenery just by doing something as simple as turning to face in what would be their direction. The muddy colors of most environments made the characters uniforms look absolutely stunning, although they are somewhat bland themselves. The various cut-scenes are good looking albeit short and sweet. I almost got the feeling the game is just a juiced-up port of an older engine that ran great on older hardware. To be quite honest the game looked nothing like I thought it would, which was very disappointing.

On a positive note the game’s audio is quite a nice treat for the ears. The various bits of dialogue in the game are over-the-top with typical Japanese flair, and every weapon represented throughout the game has its own sound which manages to convey the action of using it quite well. The clanging and clashing is crisp, clean and very satisfying as bodies are hacked, slashed and strewn around the ground.  All in all the audio manages to help bring the game alive, which is a good thing given how the visuals are represented.

I’m one of those gamers that can handle pretty much anything thrown at me. I love strategy themed titles with a healthy amount of action thrown in to keep things fresh. I found Dynasty Warrior 8 Empires to have a great deal of both elements, but the meshing of everything in one package left a little to be desired. The hack and slash side really can get repetitive while the strategy element is, for the unprepared, is downright scary. Veterans of the series should enjoy what is offered here, and that is the key, as I think veterans of the series will enjoy it as they will find with plenty to do, and with a cheaper than most price they could do worse. 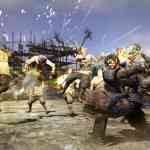 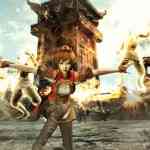 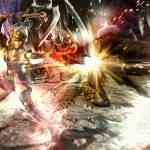 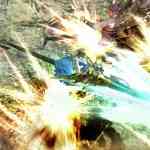 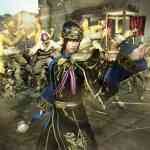 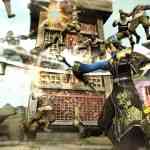 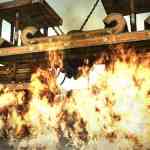 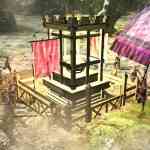 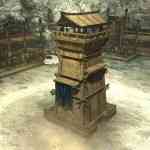 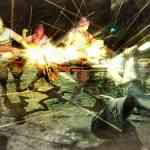