Do you like soda? The heroes of Shiftlings do, almost as much as they like solving dangerous puzzles. Should you join them on their journey? Only if you’re scraping the bottom of the barrel.

After consuming the universe’s fizziest drink, a pair of space engineers joined by an air hose are in a spot of trouble – gassy trouble. So gassy in fact, that one spacesuit is always inflated like a balloon – providing both a convenient explanation for the game’s main mechanic and the opportunity for heaping piles of lame fart jokes. Over the course of 50 levels, the purple and green heroes take on various obstacles by shifting the built up gas between their space suits.

Each level follows the same basic structure. The Shiftlings must make their way from A to B, activating the exit portal along the way at another point C. Levels are typically fairly linear, although there are some sections that are dedicated exclusively to gathering collectibles (which seem to have no real purpose) that can throw you off course. Each set of 10 levels has some slight variation on the main mechanic – the carnival world contains beams that cause the characters to float for example – but you’ll be doing the same things most of the time. The trickiest parts of levels consist of managing the characters’ air hose, and usually looping it around a platform to act as pulley of sorts.

The first few levels went a little slowly, but once you figure out the pulley mechanic and master bouncing one character on another, paths through levels become fairly obvious. The exception to that rule is each world’s ‘boss battle’, which involves besting a pattern based giant robot – certainly more interesting than the standard levels. 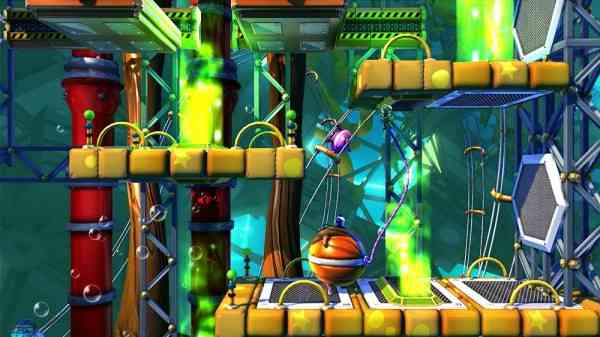 The game can be played either solo or co-op, with co-op being a less tedious but more frustrating endeavour. Shiftlings relies a fair bit on precise character movement, and coordinating moves can be challenging with the sluggish control scheme – don’t expect Super Meat Boy levels of accuracy. Still, co-op play can be entertaining given the right partner, and as long as you can tolerate the announcer.

I couldn’t stand it. The announcers ‘jokes’ are A) childish and B) WAY too repetitive. There’s only so many times one can tolerate hearing about being a ‘Black Hola Cola rock n’ rolla’ in a single level, and I heard it more than I could tolerate. The script is trying way too hard, and I discovered the sounds options about 5 minutes into playing. The music reminded me heavily of Angry Birds – take that however you please. On a visual level, everything runs smoothly and there’s a reasonable amount of variety to the worlds, but I wouldn’t exactly call the character designs earth shatteringly creative.

All in all, Shiftlings is a passable entry into the platform puzzle genre. The gas shifting mechanic is certainly a novel one, but is relied on almost exclusively in puzzle solving where some more creativity would have been appreciated. If you’re itching to bounce around and solve puzzles, you could do worse than Shiftlings – just don’t expect a mind altering experience.

***Reviewed on Xbox One with publisher provided code*** 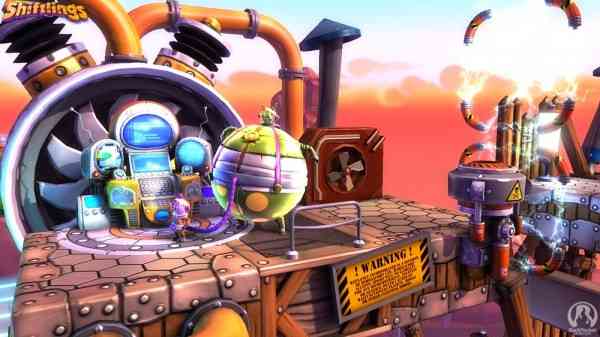