Atelier Shallie: Alchemists of the Dusk Sea Review – An Under The Radar Game Deserving of More Attention

Most people in North America are probably familiar to the Final Fantasy, Kingdom Hearts, Megami Tensei, and Tales series, which are all amazing in their own name. Yet many are not familiar with the Atelier series. Even though this is the first Atelier game I’ve directly come in contact with, I’ve spent quite a bit of time watching my sister (who’s a big fan of the series) play past Atelier games. There was something about the Atelier games that I wasn’t very drawn to. I mean, I do love the art and how it visually looks, but there was something about the extreme light-heartedness and cuteness that I wasn’t so crazy about. Yet there was this complexity with the time management and Alchemy systems that intrigued me. As a result of these conflicting feelings, I would always just stick to watching my sister play the games. This time; however, it was time to move on from being a watcher and delve into the Atelier series as a player. So how does Atelier Shallie hold up with my uncertainty and intrigue? Way better than I would have ever guessed.

Atelier Shallie is the third and final instalment in the Dusk series which has taken a darker and more serious tone compared to the previous Arland series. While the more light hearted Arland series consists of Atelier Rorona, Totori, and Meruru, the Dusk series contains Atelier Ayesha, Escha and Logy, and Shallie. The Arland and Dusk series are set in different universes and aside from the usage of Alchemy are completely unrelated, but the games within the respective series are connected by various elements. Although no prior knowledge is needed to start playing an Atelier game, it’s just a little bonus if you have as you’ll see characters and certain themes make a return. 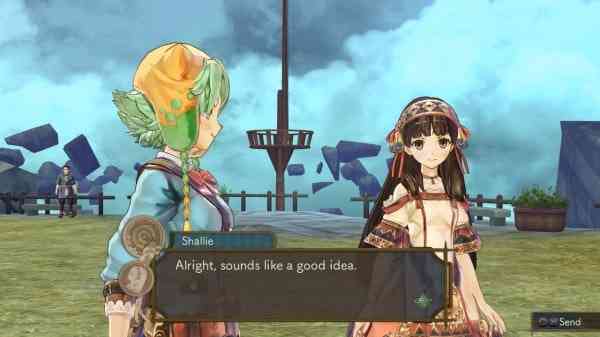 In Atelier Shallie, water sources are drying up causing the greens to disappear and creatures to starve. Everything is slowly fading away in this Dusk world, but alas this leads us to the two protagonists – Shallistera and Shallotte. Shallistera is a princess seeking a solution to save her village from the drought that is slowly engulfing the world. Meanwhile, Shallotte is your typical city girl looking for a purpose and runs errands here and there while doing so. Both girls are alchemists, but their lifestyles are on complete opposite spectrums. What ultimately brings them together and makes their lives intertwine is their collective end goal to rid of the Dusk in the world.

Before you choose which character to play as, you get a glimpse of their different lifestyles and also what their respective gameplay emphasises on. Shallistera emphasizes more on the story and responsibility at hand while Shallotte focuses on daily life activities with a laidback feel to it. Throughout the game we see how the two protagonists interact with each other in their own way and their friendship blossom. Funny enough, they are both nicknamed Shallie which gives them that much more of a reason to be friends.

The story merely creates a general framework for the various characters and events to play out in a plausible manner. The depth of the story relies on the interactions amongst the two protagonists and other various characters that appear. Depending on which Shallie you choose to play as, you’ll experience the story in a way that fits the respective character’s personality and lifestyle which gives you a good amount of replay value. A handful of characters make a return from past instalments of the dusk series which is rewarding if you knew them previously. Even if you didn’t, it’s still enjoyable, humorous, light-hearted, and at times even touching to experience. With that said, there’s quite a bit of dialogue to go through with a good portion of it being fluff or, in other words, for the mere fun of reading. Investing your time in the dialogue (even the fluffy bits) really adds to the experience and makes you appreciate the game’s uniqueness. So, be prepared to do some reading! 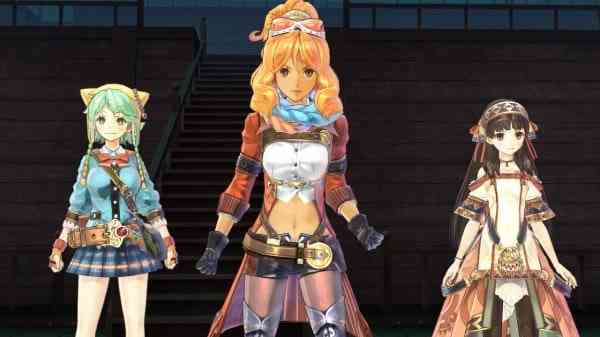 In terms of gameplay, Alchemy is still a huge part of it (as it has for past Atelier instalments) and hasn’t really been altered drastically. You have a wider variety of ingredients to synthesize and recipes to make which once you get used to doing becomes a bit of an addiction. Also, special properties or bonuses can be obtained for items synthesized by certain criteria or a “Chain”. The Alchemy portion still continues to have a great amount of depth and is structured in an organized and simple way that it’s not overwhelming or a hassle to use. Gathering is also still present and hasn’t radically changed either, but instead is just expanded in terms of number and variety. There’s a ton of tutorials for you to go through and understand how each and every mechanic works in the game so don’t worry, you won’t be left in the dark.

The time management system that has been slowly disappearing throughout past instalments has disappeared entirely in Atelier Shallie. Instead, we are given a “Life Tasks” system which is spit into a main and side category. The main Life Tasks is what advances you through the story and chapters and eventually completion of the game. Meanwhile, the side Life Tasks are there for you to complete at your own will that don’t affect the main story, but may open up other features. A little bonus to completing Life Tasks is that a motivation bar is filled up for every Life Task you complete. If kept at a fairly high amount, you get special bonuses in things such as gathering and battle. Aside from the Life Tasks, there are numerous requests you can complete to obtain some of the in-game currency.

The battle system stays fairly consistent with past instalments. It’s still turn-based, speed is a deciding factor on turn order, and parties can be up to six characters (3 in the front and 3 in the rear as assists). There’s basic attacks, skills, and defends you can perform with each character that is pretty standard in RPGs. Continuous attacks on enemies still fill a “Burst” gauge in which when it reaches 100% makes attacks have greater damage. By fulfilling certain criteria, you can perform special combination attacks and also a character’s Ultimate. There’s nothing crazy or complex about the battle system which makes it accessible to all types of gamers while also still maintaining the fun value. 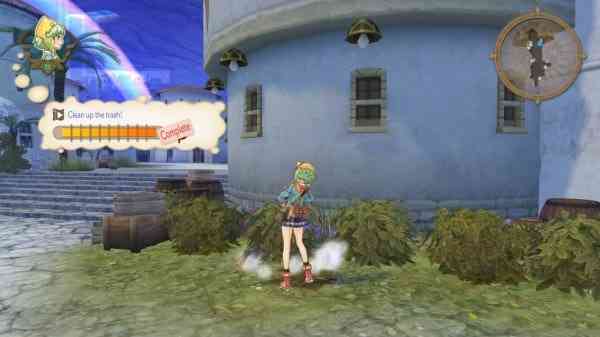 Unfortunately, a new feature in Atelier Shallie is plagued by a nasty bug that crashes the PS3 system. The “Growth System” which can be utilized at level 40 lets you assign growth points to stats of your choosing to mold your character in a way you see fit. This acts as more of an extra feature to enhance your gameplay and is not extremely vital to the success of your playthrough. Hopefully an update will be available soon so that we can actually use this Growth System.

Atelier Shallie continues to be a beautiful looking game all around. The anime cutscenes, visual stills, and in-game 3D models all capture the same charming and bubbly aura. The detail on each character and creature gives them each their own specialty and charm that made me want to see more of the various designs that are available. The bright and warm colors mixed in with feelings of innocence might be out of the usual norm of mainstream RPGs, but it surely isn’t something to be afraid of.

In terms of sound, the music and voice acting are two things that should definitely be adored. Whether it’s in battle or town, the songs are perfectly in sync with the beautiful visuals. It added intensity when it needed to, but also added calm and relaxing tones when the time was right. Japanese and English audio are both available and choosing which one to proceed with is completely based on your preference. Whichever one you choose, the voice acting is superb in bringing out the unique personalities of each character. Whether it was the subtle differences between two similar feelings or two drastic ones, the voice actors made sure to employ just that.

Atelier Shallie continues the strong Atelier formula of alchemy and character interactions topped off with breathtaking visuals and music. The overall presentation of the game has been refined and polished into something even more admirable that makes the game not only more enjoyable, but easier to get accustomed to. The abolishment of the time management system gives you much more freedom and, of course, time to explore and synthesize items to your heart’s content. With more freedom and time, not only do you have the opportunity to complete the various tasks and requests, but also to truly get a feel for the world and what the game has to offer. While it is disappointing that accessing the new “Growth System” causes the PS3 to crash, I’m confident an update to fix it will be out eventually. I can proudly say that Atelier Shallie has convinced me to revisit past instalments in the Dusk series directly as a player and not a watcher. If you’re looking for a new JRPG to delve into, check Atelier Shallie out. It might just fancy your JRPG needs.