Developers at Anshar Studios recently announced their cyberpunk themed RPG for PC which has gamers solving mysteries as a detective in futuristic and adaptive virtual worlds. The games central hub is Warsaw City in the XXII century where citizens have access to these virtual worlds which serve as the main function of the game as players search each world to uncover the mysteries of the story. Currently Gamedec is set for a PC only release in 2020. 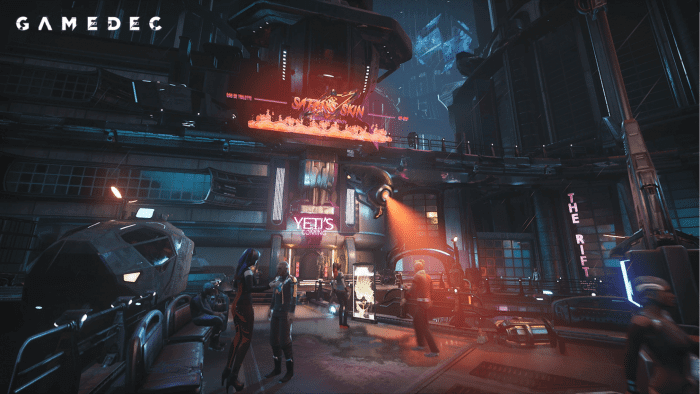 Gamedec features familiar RPG tropes such as codex entries, conversation systems, crafting and rich storytelling. The developers at Anshar Studios stress that they’re approaching this cyberpunk RPG like a classic tabletop gaming experience in the sense that gamers’ choices matter in character building and how they interact with the adaptive virtual worlds of the XXII century they’ve crafted in Warsaw City. The storytelling primarily focuses on the seven deadly sins and their impact on the XXII century.

The player acts as a detective to uncover the answers of how humanity gets to this point and if the society of the XXII century can be saved. Players explore worlds themed after feudal Asia, jungles of prehistoric entertainment parks and the wild west from American history. The virtual worlds serve as the games colourful areas as the central hub, Warsaw, is a gritty, retrofuturistic cyberpunk dystopia that’s reeling from the affects envy, pride, lust, sloth and greed have had on their society. Anshar Studios explained that players can build meaningful relationships with deep characters in Gamedec but the choice will be theirs on who they interact with as the game adapts to their choices.

What do you think of cyberpunk themed games such as Gamedec and Cyberpunk 2077? Are you a fan of detective style games? Let us know in the comments below!