Attached to Detached’s gameplay but not the game. Detached is a split experience for it’s unique gameplay without very little in an actual game to back it up. I so wanted to love this game because it made one of those childhood dream experiences come true – spacewalking.

Not only can no one hear you scream in space, you have no idea in which direction to scream because they are all the same. Detached nails this disorientation. Even in the tutorial mode as you feel your way through the controls, up, down, left, and right are engaged in a game of tag. I spent a fair bit of time purposely letting myself spin unrestrained to see how long I could handle it. You end up as dizzy as a child getting off a playground merry go round or being spun around by an adult.

The uniqueness of spacewalk, a locomotion mechanic very few of us have experience with, initially elevate the tutorial above other game tutorials. But, sooner or later, the shine of spacewalking wears away and you set out to play the game. Only there isn’t much of a game to play. This absence acts like gravity on your euphoria and sends you crashing back to the ground.

The storyline, such as it is, sets you up as a crew member of a salvage ship. Just as you are putting the finishing touches on the ship’s biggest salvage job, pirates attack, and your ship is destroyed. The wreckage is strewn throughout an asteroid field – which has become a staple of space based games. Something is needed to provide scale and cover in an empty vacuum but this is a space staple that is becoming rather stale.

Your only hope is restore power to the remaining sections of the ship so that the shuttles can be launched which means an Easter Egg Hunt. You must navigate through the asteroid field juggling fuel and oxygen levels while you effect repairs, constantly searching for supply replenishments. Coupled with this boring egg hunt is a punishing restart/checkpoint system. Die before completing a section and you have to redo it all. An artificial game design meant to prolong the 3 or 4 hours of game that is here. The game quickly degenerates and your enthusiasm falls into a black hole gravity well never to be felt again.

Graphically the game is decent with one big caveat. Aliasing. The amount of jaggies along straight line objects is very distracting. The amount of shimmering on the spaceship sections – especially in the interiors and the main menu is ridiculous. Especially compared to other PSVR games. A patch should be done to rectify this but seeing as the game was released in 2016, it’s doubtful one is forthcoming. 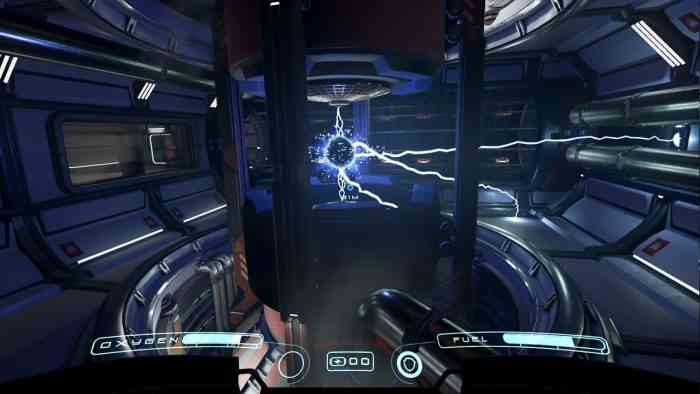 There are realism settings that ramp up from an arcade mode to a simulation mode. For my money, the simulation settings are the only way to play. For every reaction there is an equal opposite reaction but not in space. Initiating an action by deciding to go in one way needs YOU to apply the opposite action which is what makes spacewalking so different. Further to the difficulty settings there is a comfort setting labeled Eagle’s Eye. This is a FOV setting that adds a telescoping effect when your movement becomes extreme. I dialed that setting down to zero right off the back. There are multiplayer options where you can race against other players and I suspect the majority of gamers will spend their time with Detached.

It is ironic that a game with a truly unique game playing mechanic was deposited into such a generic game, and called Detached. That’s what the end result feels like. It seems like so much focus was put on the spacewalking aspects that the game itself was given short shrift. All these negatives add up to a real downer experience in which that should have left us soaring. 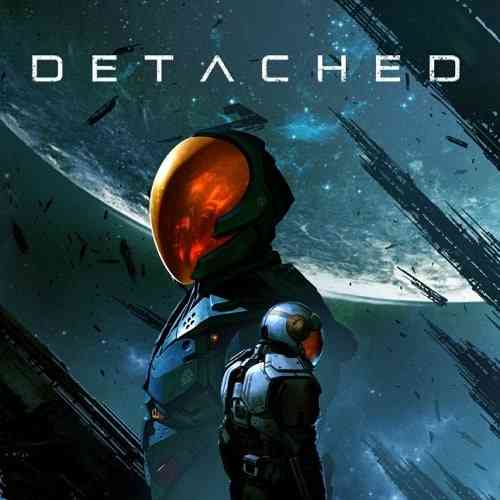 Table Manners Is the Surgeon Simulator for First Dates

Farming Simulator 20 Switch Review – A Day In the Life