Daymare 1998 Isn’t Quite a Nightmare

Daymare 1998 is the first commercial effort by the independent Italian development house, Invader Studios. If you are thinking that this game looks a lot like Resident Evil, you probably won’t be surprised to hear the studio’s first claim to fame was a fan remake of Resident Evil 2 (which was released in 1998, wink, wink). Although that project was derailed mid-development due to Capcom’s own official remake, it didn’t stop Invader Studios. From the ashes of a remake rose Daymare 1998, an original work full of inspiration and ambition.

Daymare 1998 was made with passion, however, it’s also apparent with many elements of the game that it’s an indie studio trying to replicate a triple-A title. This game is one of those that I wouldn’t sorely rely on the score to make the buying decision for you. It’s a game with high highs and low lows, and you may love the things it does well and not mind the things it doesn’t.

A love letter to horror

Let’s start with the positives, and there is quite a bit to talk about. The world design is the thing that stood out most to me. There is an incredible amount of detail poured into every room and it really gives it a sense of realism. There are lots of unique assets that make looking at small details in the world itself a fun thing to do. For easter egg hunters and reference lovers, this story is chock-full of 90s horror call-backs hidden in those little details. A few examples of things I noticed included It’s red balloon floating out of a sewer, a parody poster for Scream with the signature kitchen knife embedded through it, and an abundance of typewriters and ink ribbons—a callback to RE’s save system. This is backed up by surprisingly good looking graphics for an indie game, the lighting especially pulling a lot of weight to set the tone. There are some dodgy looking areas, mostly in places that aren’t dark, but as you’d expect from a horror game, there aren’t too many of those around.

The world-building has lots of intriguing details worth sinking your teeth into. Similar to the RE franchise, there is a secretive organization pulling the strings of the zombie outbreak, but where this game differs is the conspiracy spin they put into it (and I love me some conspiracies). Little traces can be found in documents here and there, and you will even discover hidden rooms used by Hexacore to monitor and experiment with the residents of Keen Sight. You can even find documents with passwords written on them that you can enter at a real-life website over at hexacorebiogenetics.com for more immersive lore to dive into.

Finally, it shouldn’t come as a surprise that puzzles are a prominent feature in Daymare, and I’m happy to report that they are pretty good. Many of them are a mix of scavenging to find clues/instructions, visually investigating surroundings, with some mathematics, critical thinking, and/or memorization thrown in there. They hit the correct balance of being hard enough to make me stop and think while never being too hard or nonsensical that made me look up a guide.

Now, for the ugly

My biggest gripe came at the combat of this game. Before I get to criticizing the details, let me preface this by saying that I understand what the devs were going for, they didn’t want it to be an action game, they wanted the protagonist to feel vulnerable and awkward fighting the horrors a la classic Resident Evil and Silent Hill—it’s just that the execution is way off.

First of all, the enemy variety in the game is very sparse, and you will be spending 95% of your time fighting regular zombies. In the rare occasion when you run into a special zombie, fighting them usually works exactly the same as fighting anything else—just run around them in circles, pumping bullets into sponges. This meant that rather than feeling vulnerable and tense in combat, I found myself bored. It gets a bit more interesting later in the game but unfortunately, that doesn’t justify more than half of the game’s combat feeling repetitive. 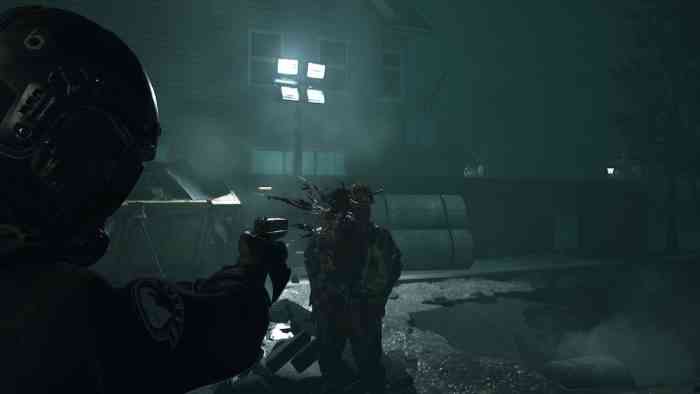 If you are a veteran survival horror player, you probably know that it’s better to avoid combat and intelligently spend your ammo. This still mostly applies to Daymare except for one small detail—zombies have a random amount of health. I’m not talking about a small discrepancy here, it can range from just a single headshot to six headshots to kill a regular zombie. This means that planning out your ammo spending gets very complicated in an annoying, uninteresting way. How about good ol’ melee? Don’t even bother, not only does it not do any damage, if you push a zombie that is already stunned by anything, it will not even register your swing.

The next criticism is the menu system, which started out as a positive for me until I played the game for a few hours. Daymare’s menu comes in the form of a high-tech gadget attached to your wrist (think of a sleeker pip-boy). I initially loved the immersive nature of it, but when it comes to little immersive elements like these, if you don’t pay attention to the smallest details it can get quite annoying. The biggest problem with the menu comes with the fact that the gadget has to boot up every time you want to use it, which takes around a second and a half every time. This usually wouldn’t be a big deal except for the amount of time you have to be in and out of the menu in this game (which in itself is a bad thing). It also gets really bad when you realize you can’t put the thing away until it boots up fully, so if a monster popped out in front of you while you were pulling out the gadget, your character has to wait for a second and a half before putting it away, most likely getting hit in the process. Not only did this menu feel bad to use, it also felt incredibly unimmersive. 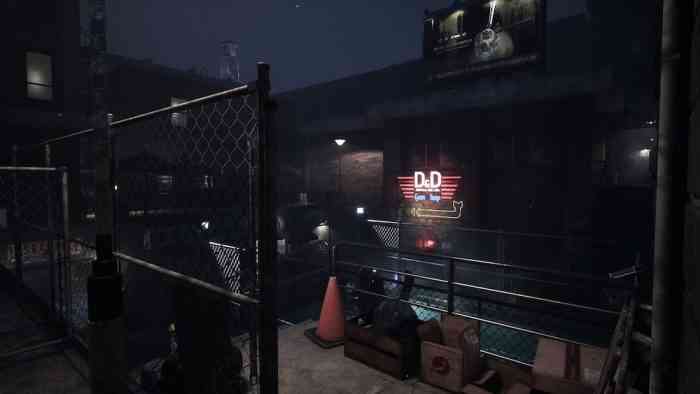 While the world-building is strong, I can’t say the same for the dialogue. It feels as if Daymare 1998 didn’t know which tone they wanted to go for. Does it want a self-aware B-movie feel with bombastic characters and cheesy lines or does it want to be gritty and emotional? Well, unfortunately, it ends up feeling like a cheesy B-movie that is taking itself too seriously, eliciting more cringe than any other emotion.

As I said, high highs and low lows. I’d still recommend this game if good world-building, easter-egg hunting and puzzles are what you are looking for in survival horror titles because those elements are fantastic. But beware, as clunky mechanics and repetitive design definitely drag things down, Still, Daymare 1998 is an ambitious first game from the young Invader Studios that showcases their immense potential, and I wish them nothing but the best for what’s to come.

Publisher: Destructive Creations, All in! Games

Resident Evil Teaser Shows an Odd Way to Kick Off the Apocalypse
Next Risk of Rain 2 Review – Improves in Every Way
Previous Monster Hunter World: Iceborne Review – A Winter Wonderland