Originally released in 1998, Resident Evil 2 is one of the best entries in the series. Now, over 20 years later, Capcom has come out with a highly anticipated remake of the fan favorite. One of the biggest zombie franchises in the word, the Resident Evil video game series has spawned a successful film franchise, comics, novels, and inspired many works that came after it. As the game deserves, Capcom has gone all out with Resident Evil 2, not as a remaster but as a full-fledged remake.

The story of Resident Evil 2 follows Leon S. Kennedy and Claire Redfield in their attempt to escape a zombie apocalypse in Raccoon City. Leon is a rookie police officer starting his job at the Raccoon City Police Department while Claire is a college student looking for her brother. Players have the option to select which character to play, with each having differences in gameplay and story. Of course with Resident Evil, it is not always as simple as a zombie apocalypse as the shady dealings of Umbrella, the T-virus, and the mysteries that surround them all arise. The narrative of Resident Evil 2 stands the test of time, and the remake takes full advantage of modern technologies in order to best present it to the player.

Resident Evil 2 is a survival horror game with elements of action and puzzle solving. Unlike the original title, Resident Evil 2 has switched from tank controls to an over-the-shoulder viewpoint akin to that found in Resident Evil 4. In doing so, combat is much more precise than it had been before. While combat is smooth and frenetic at times, it also feels a bit inconsistent with some enemies seeming to require more headshots than others. Despite this, the combat is a massive improvement over the fixed camera/tank controls-style and really increases player immersion. The only issue I really had with the gameplay mechanics is the lack of inventory space, at least early in the game. Lastly, the various puzzles in Resident Evil 2 were fair and I never found any to be too hard to solve.

Perhaps where the game shines most as a result of the remake is in its atmosphere. Resident Evil 2 is downright spooky, especially for a non-horror fan such as myself. Whether it is fighting off several enemies with a shotgun, or simply walking down a dark hallway, Resident Evil 2 does not really give you a chance to breathe. Players navigate a variety of environments, encounter zombies, and face bosses. Without the atmospheric pressures of the game, Resident Evil 2 would feel quite similar to a generic action adventure. Overall, Resident Evil 2 combines high-quality gameplay with its literally breathtaking atmosphere.

Resident Evil 2’s visuals are also outstanding, from player models to the environment, the RE Engine is working in full effect. While the environment obviously affects the whole survival horror atmosphere, the overall style of the game as a whole contributes to this as well. Perhaps the most impressive aspect of Resident Evil 2’s graphics are the wet gore effects on zombies as you mow them down with various firearms. 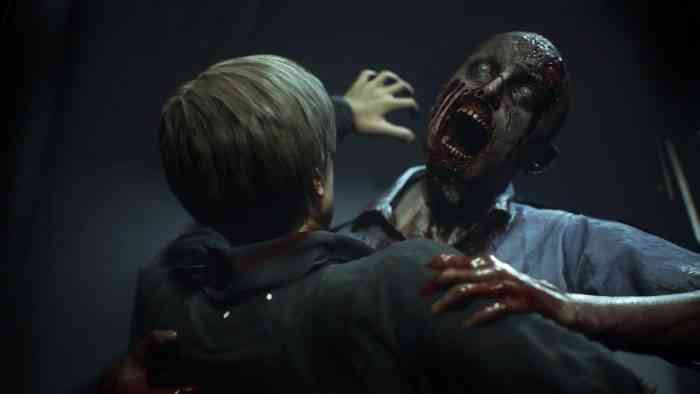 While the soundtrack of Resident Evil 2 is not at the forefront when you think of the game, it is completely adequate. Where the audio portions of the game shine are the various sound effects associated with nearby zombies and activities occurring nearby. Hearing a zombie nearby but not actually knowing where they are is the perfect example of how the audio works with the rest of the game in producing its survival horror quality.

Resident Evil 2 is a remake that went above and beyond the call of duty. Capcom gave clamoring fans exactly what they wanted. Each part of the experience whether it is the story, gameplay, visuals, or audio have all come together making Resident Evil 2 a fabulous complete package. While minor annoyances do exist, Resident Evil 2 (2019 edition) is about as flawless as one could hope for. Bottom line, Resident Evil 2 is an outstanding remake and one you can purchase with confidence.