Pikuniku comes to us from the folks at Sectordub, and it has a surprising amount of hype behind it. Winning recognition across a number of its appearances at various conventions, I was intrigued by the upbeat yet apparently dystopian world of this game. Featuring a number of physics-based puzzles and odd little minigames like Baskick and Pik Dug, there’s enough to like about this game that it’s worth looking at if you already had your eye on it. I won’t say that Pikuniku is anything groundbreaking, but it’s charming enough to give it a whirl, for sure.

Pikuniku’s plot is focused on uncovering a deep-state conspiracy that involves corn, wood, and the mega-corporation known as Sunshine Inc. Mr. Sunshine, the tiny, almost cotton-candy like apparent overseer of the world fills the pockets of the inhabitants of each village in return for their resources, although he doesn’t say what they’re being used for. The various citizens don’t care for the most part, but there are a few who you’ll interact with across the game that don’t like what’s happening, leading you and your newfound allies to lead a revolution of sorts and find out just what Mr. Sunshine really aims to do.

During Pikuniku, you’ll play as the titular bipedal blob known only as Piku. It’s not quite ever really explained why you’re the only one of your shape in this world (co-op gameplay aside), but it doesn’t seem to matter for the most part. Various villages have you confused for a legendary beast that brings utter ruin to them, but really, you just kick stuff around and are a decent sort of blob-type creature. Across the three or so hours of Pikuniku, you’ll kick, roll and swing across all kinds of puzzles and platforming sections that didn’t ever really stump me, but some solutions were not immediately apparent,. I had to poke and prod everything I could, which is what Pikuniku really seemed to be about. Sectordub crafted a charming little world and packed it with interactions for you to discover, and it doesn’t disappoint in that regard.

I had a hard time pinning down just what the game’s art-style reminded me of at first, but the cheery, simplistic designs remind me of the somewhat popular Mr. Men and Little Miss books from back in the day, especially when it came to the design of Mr. Sunshine who looks like he was plucked right out of one of them. There are times where the color combinations may be a bit tough on the eyes, but Pikuniku’s graphics reminded me a lot of LocoRoco, another similarly styled game from which this likely drew inspiration. For how bleak the plot should seem, it’s all wrapped up in a colorful exterior that hides it well, until you dwell on it a bit. One of the villagers notes “we’re super rich, but have nothing to spend it on” indicating that Mr. Sunshine has basically ruined the economy”, where another told me I ruined his business simply for existing. The snark of the villagers was a little surprising, but welcome, because it definitely adds to what I feel like Sectordub was aiming to accomplish with Pikuniku. I will also say that the music in this is surprisingly catchy, and after figuring out that it was handled by Calum Bowen of Lovely Planet and Snipperclips fame, I’m not surprised as to the quality of the tunes in the game. 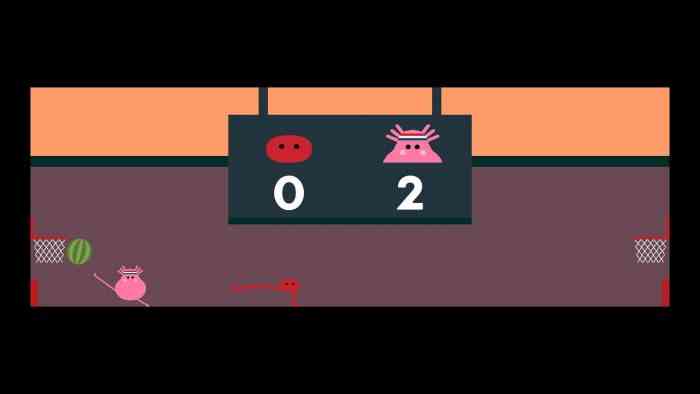 You’ll also get to leave your mark on the world in more than a few ways, thanks to the various hats that Piku will acquire. You’ll use everything from a watering can to sweet x-ray glasses to really explore the world and come across some of the more clever scenarios and puzzles in the game. There’s a number of cute little 3D trophies to collect as well from various moments in the game, with some tucked away rather deviously as I did take my time during my initial play-through to explore. It’s only once I returned to previous areas with new hats that I could really explore an area to the fullest, especially with some trophies being hidden behind needing said gear to even get to. It’s worth going out of your way to find the various hats to see what they do, but the trophies don’t do much outside of being a collection as far as I’m aware, so seeking them out is really only there for the die-hard completionists. It’s also highly recommended to try and interact with things as much as possible, as I ended up creating a brand new shirt design a villager seemed to take to which was wholly optional, but nonetheless appreciated. There’s clearly a lot of love put into Pikuniku and it shows in little moments like these.

Pikuniku is definitely a bit of an odd title. It’s a little shorter than I was hoping, but across the entirety of the game I was never really uninterested or bored, I actually really enjoyed my time with it. If I had to say though, I feel like there could have been a little more effort put into really branching out with some of the mechanics, but I’m not disappointed with the game by any means, I just found myself left wanting more. It feels like lost potential if anything. The story is surprisingly quick to blaze through as well, but there’s a lot to come across that the game doesn’t really seem to force on you, and Pikuniku’s world and gameplay is just memorable enough that this is a fun little title you may get more mileage out of than you’d expect. 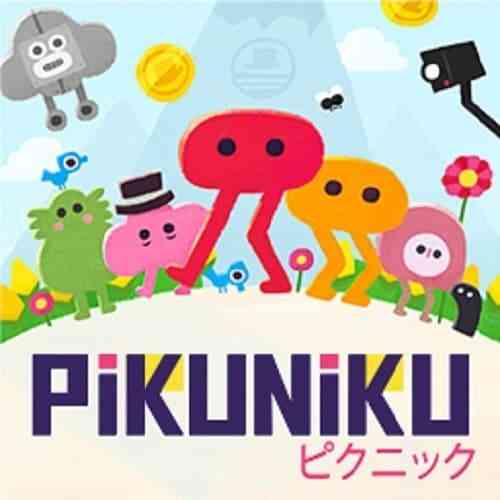