Snipperclips: Cut it Out, Together! Review – A “Shear” Joy

Snipperclips: Cut it Out, Together! Review

The Nintendo Switch launched with a relatively light lineup, but alongside this home/portable console came a charming indie title known as Snipperclips: Cut it out, together!, herein referred to as Snipperclips. Developed by indie developer SFB Games Limited, Snipperclips is a puzzle game designed for cooperative play, but also allows for solo gameplay as well as competitive modes. Releasing as a Nintendo Switch launch title, Snipperclips also takes advantage of the detachable Joy-Cons for use as separate controllers, allowing for multiplayer out of the box without the need to purchase additional controllers. It is also interesting to note that Nintendo itself published Snipperclips after being approached by SFB Games Limited, becoming just one of three Nintendo published launch titles alongside The Legend of Zelda: Breath of the Wild and 1-2-Switch.

The core gameplay of Snipperclips involves the player(s) taking on the role of Snip and Clip, who must cut each other into various shapes, and maneuver accordingly in order to solve the various puzzles. This core mechanic of cutting the other player character(s) occurs with a push of a button when Snip and Clip overlap. In addition to cutting, players can rotate Snip and Clip, jump, crouch, and climb over one another to interact with the environment around them. While you can still play Snipperclips solo, it still involves both Snip and Clip, and you simply switch between the two characters to solve puzzles. As expected, playing solo does work, but feels a bit clunky while switching between characters and is generally not as fun as it is with others.

“Snipperclips is a fun, charming title that players will enjoy, and is a great start to the “Nindie” movement that Nintendo is embracing for the Switch.”

Snipperclips truly shines when playing with 2 or more players. The game is comprised of three modes: World, the initial puzzle solving mode for 1-2 players; Party, a puzzle solving mode for 2-4 players; and Blitz, a competitive mode featuring hockey, basketball, and dojo (a fighting styled mode) for 2-4 players. The puzzle modes feature some interesting challenges for all skill levels, requiring problem-solving skills, communication, and cooperation. These puzzles are extremely rewarding when you finally figure how to solve a puzzle, and are equally frustrating (in a good way) when having a tough time coordinating movements or just solving the puzzles in general. Whether working together or against each other depending on the mode, relationships will be tested in this title alongside your problem-solving skills. 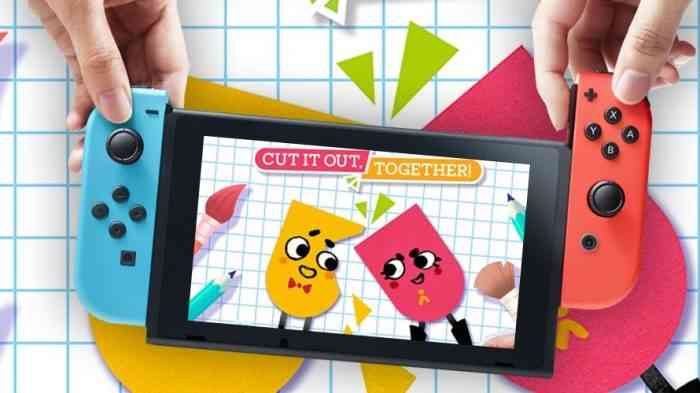 The puzzles are varied and comprised of different difficulty levels. With the utilization of switches, barriers, and the core mechanic of shaping your character to your liking, you are faced with a series of puzzles involving, but not limited to, getting a basketball into a hoop, catching fish, and clearing a path for a hamster in a ball. As someone who does not usually play pure puzzle games, I had a blast playing through Snipperclips, especially with others. The puzzles entail simple, easy to understand objectives, while remaining challenging and engaging as players work through the levels.

Snipperclips features a simple aesthetic that is best described as playing with paper-based cut outs on a drawn-upon grid of paper. While this may sound rudimentary or bland, the graphics are modest, charming, and not without that Nintendo feel to it. Similarly, the music and sounds in the game are simple yet effective. Whether it be the elevator-like level music, how Snip and Clip laugh when cut into, or simply the noise made when cutting, the sound and music is minimalist yet enjoyable. 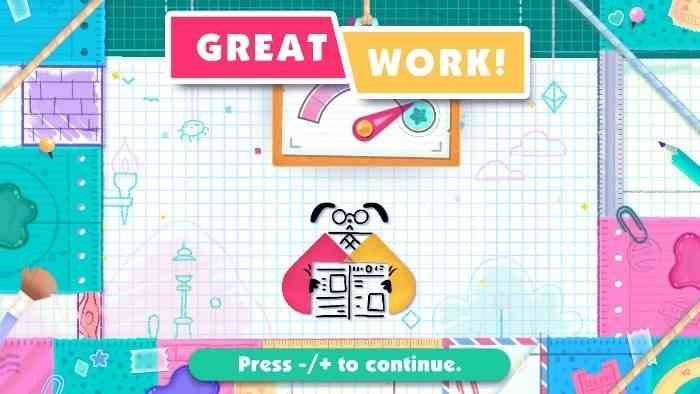 For those who enjoy puzzles and have others to play with, Snipperclips is a no-brainer. For those unsure of the title, there is a demo available on the Nintendo eShop which allows you to try the game before you buy it. On its own, Snipperclips is a charming indie puzzle game, but its quality is magnified due to the size of the Nintendo Switch’s launch list. Snipperclips is a fun, charming title that players will enjoy, and is a great start to the “Nindie” movement that Nintendo is embracing for the Switch.

***A Switch code was provided by Nintendo Canada***

• Solo play not as fun 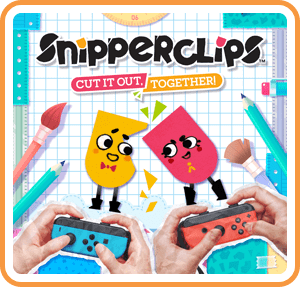