Vane opens by throwing you at the base of an enormous tower as an intense storm tears the structures around you apart. Carrying…soooommmeethiiinng, you brave the storm and debris as you make your way to the single light pouring from a doorway into the tower. When you arrive, you’re rejected at the door by a tall, cloaked figure, whose voice is powerful enough to send you flying, dropping whatever it is you’re carrying. The door seals itself before you get sucked up into the storm, and the screen fades to black.

Unfortunately, this is the most excitement I managed to experience in my time with Vane. Following the game’s opening sequence, you’re placed in control of a crow with little direction aside from a canyon carved into the land that seems to be pointing towards a small tower in the distance. On the way there, you come across a small pond with a weather vane surrounded by other crows. When you activate the weather vane, some lights sparkle, and the other crows make their way to the small tower you saw earlier. The game then asks you to scour the bland and desolate wasteland it’s set in to find the other remaining crows. It makes for a rather unexciting intro, and sets the stage for a mostly directionless and frustratingly confusing experience. 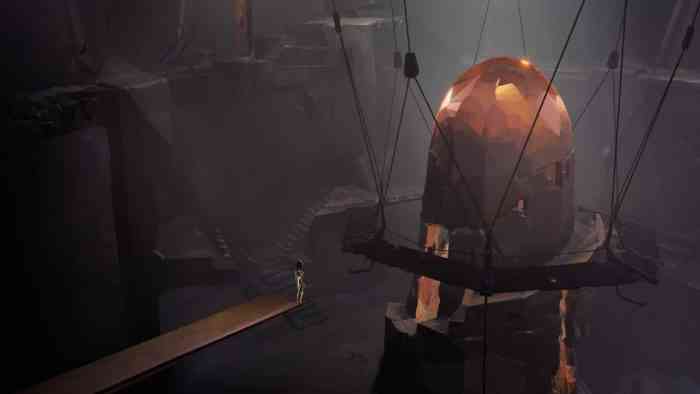 Following the bizarre crow segment, the game narrows its focus into a series of platforming puzzles that actually utilize the game’s mechanics in a couple mildly interesting ways. This portion mostly sees you playing in “child” form, and when you fall from certain heights you immediately turn back into the crow. As a crow you can call other crows to manipulate the environment before transforming back into a child to complete the puzzle. However, the moments of actual interactivity are few and far between and most of the time spent with these puzzles is either trying to figure it out, or recovering from a mistake. And mistakes are pretty easy to make on account of the lack of player direction.

In addition to the lack of direction, Vane’s controls are floaty and often unresponsive, which makes puzzles and general navigation that much more frustrating. Collision detection is also relatively wonky at times, which is especially challenging in a game where all of the puzzles involve pushing something from one spot to another, or landing on a small piece of metal. The only bit of solace or reward that comes from operating these forklift controls is the severely underused smooth synthwave soundtrack. I understand (or at least assume) that the intention is to create an atmosphere of loneliness in a desolate wasteland, but it ultimately emphasizes how empty the game really is.

Unfortunately, Vane’s most interesting segment is overshadowed by how it manages to combine all of the game’s problems. There’s a sizable section of the game where you and three other children (who have basically appeared out of nowhere with no pretext) push a giant gold ball across a structure that shifts and changes as the ball moves. If you see a metal wall with some of its panels blown off, roll the ball over to it and you’ll see the wall materialize to its prime state before your eyes. It’s pretty cool, especially with the game’s shimmering, geometric art style, but the gameplay is painfully slow, as you need all 3 other children pushing to move at a decent pace, and sometimes they won’t stop pushing even if you do, which leads to them pushing the ball off of an edge. On top of that, there’s a lot of ground to cover in this segment. There’s only one right path, and it’s not always the obvious one, so it’s easy to get stuck in crevices, small areas, or backtracking.

But this section is where I found the most bugs – enough to stop my playthrough dead in its tracks. I had to restart this section three times – the first time, the other 3 children disappeared, and I don’t know how. The second time, I pushed the ball into a small area, and the children stopped in their tracks and would not cross a threshold to touch it again. The third time I was pushing it in what I can only assume was the right direction, but when the children would get into position to push it, they would pass right through it. These are pretty significant and notable bugs and unfortunately shines a light on the game’s overall lack of polish. 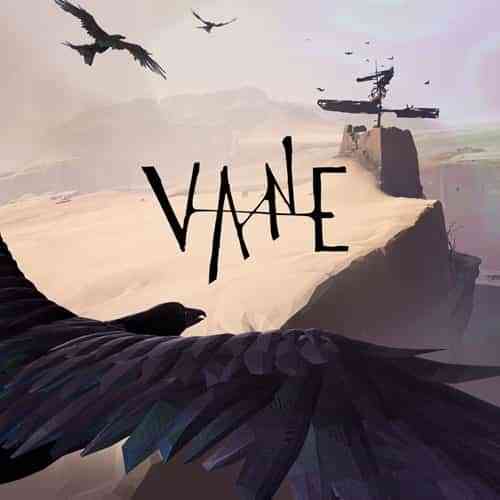 The Pathless Review – An Epic Journey