Mario & Luigi: Bowser’s Inside Story + Bowser Jr.’s Journey is the 3DS remake of the 2008 Nintendo DS game that served as the third installment of the Mario & Luigi RPG Series. The original game was commonly considered to be the best of that series, with great gameplay, story, and presentation. How does it live up to the original? Well, I don’t know. I didn’t play it. But I sure can tell you how it holds up as a game in general.

I wanted to play this game because, as someone who’s never had much investment in the whole line of Mario products, I wanted in on the action, to finally be something other than the child peering in a window at a family dinner on Thanksgiving night. And so, with fresh eyes, I was introduced to the story of Mario & Luigi: Bowser’s Inside Story, which centers around a disease affecting toads in Mushroom Kingdom called “The Blorbs.” While at a meeting to address this disease, Mario and Luigi (and an alarming amount of toads) get swallowed into Bowser’s stomach, where they must navigate to help Bowser (from his part, mostly accidentally) defeat Fawful, the culprit of both Bowser’s protagonist swallowing and The Blorbs. 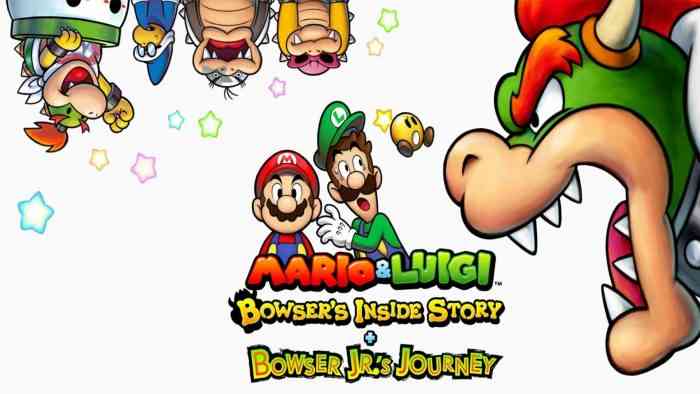 This sets up a genuinely interesting dynamic for the game, which does the best of almost any title I’ve seen of utilizing the 3DS’s double screens. I can imagine that this was very exciting when the original released in 2008: in 2019, it’s just nice to see both screens, one for Bowser as he explores the world, one for Mario and Luigi as they explore Bowser, being used in conjunction with each other.

It’s All About The Timing

There are portions of the game where they adventure separately, but for the majority, any physical changes Bowser experiences affects the internal systems Mario and Luigi are navigating through, which means that the three characters can work in tandem to overcome obstacles. It usually works, and it’s almost always fun. The battle mechanics are timing-based and, while simplified for younger players, can be incredibly satisfying to get right. They’re also funny, which is good: the doses of comedy throughout the story and gameplay itself keeps Mario & Luigi from getting stale or boring. 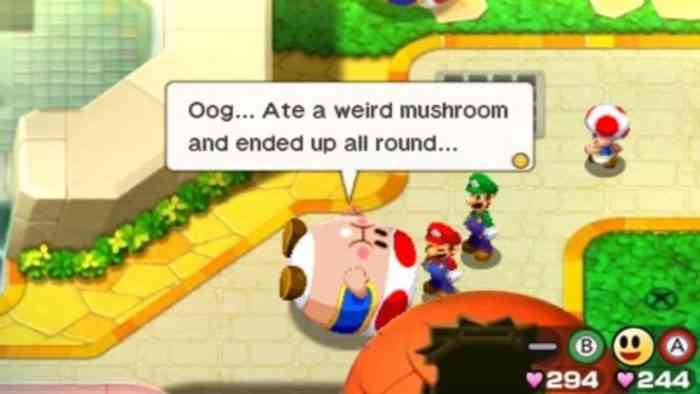 As a newcomer to the franchise (with the exception of Mario Kart—I’m not a complete philistine), I’m not sure it was truly accessible, as I felt like I missed a lot of the in-jokes and relationships between characters…but maybe that’s my fault, considering the staying power of this franchise. More impactful on the game itself was the time many battles took to complete. Some longer boss battles could take ten minutes, which entirely consisted of jumping on and hammering at the same energy over and over until my eyes bled from boredom. When returned to the game, it resumes being fun, but those battles sure can last.

The graphics, the main difference in the new port, are clean and crisp, and the world of Mushroom Kingdom and the gooey insides of Bowser’s body (he seriously needs to see a doctor, considering he didn’t notice a half dozen toads setting up businesses inside of him) are fun to look at and explore. I liked the music enough to really miss it when I played with the sound off on my work breaks, which I personally think is the hallmark of a strong musical score.

All in all, this was a strong title that is a lot of fun for anyone, regardless of their attachment to the all-knowing behemoth that is the Mario franchise. The game should appeal to children with its ease to pick up (there’s even a mode to bring the difficulty down) and to adults with some downtime on their hands who want to rediscover (or discover) the world inside Bowser. While I don’t personally think it is the best introduction to the beloved franchise—I feel like I missed a lot of little things—it was never designed to be, and it is a strong title with good gameplay, fun comedy, and a lot of memorable scenes. For me, Mario & Luigi: Bowser’s Inside Story (as well as Bowser Jr’s Journey, which, while aimed at younger children, is still entertaining) is worth the price tag.

***A Nintendo 3DS code was provided by the publisher*** 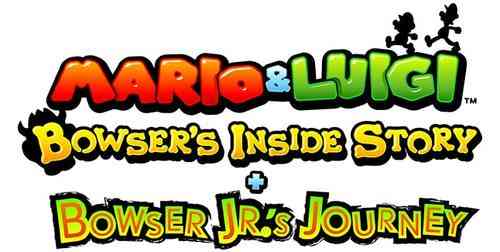